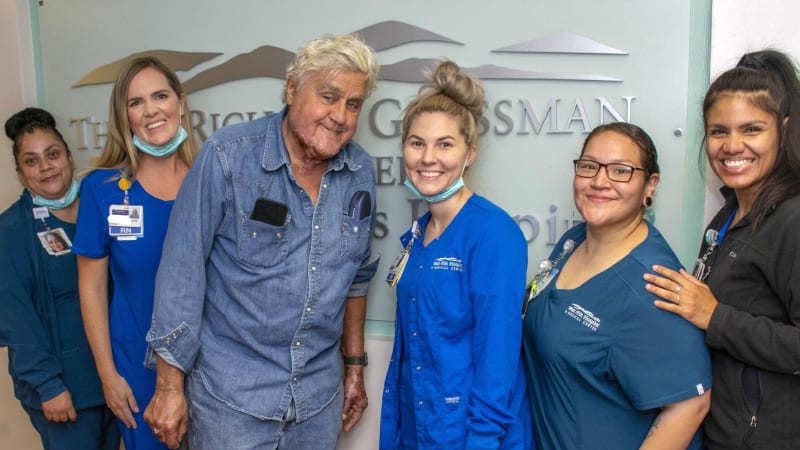 Jay Leno has been released from the Grossman Burn Center following treatment for third-degree burns suffered while working on one of his classic cars, CNN reports. The comedian and celebrity car guy was burned while servicing a fuel line in his 1907 White Steam Car earlier in November. While working on the line, he was sprayed by gasoline, which was ignited by an ill-timed spark. A quick-thinking friend snuffed out the fire and helped Leno seek medical attention.

The left side of former “The Tonight Show” host’s face was burned. His eye and ear were not severely damaged, reports said at the time. The 1907 is one of two White Steam Cars in Leno’s collection; both have been featured on “Jay Leno’s Garage.” Leno released a statement saying that he was OK just days after the incident, and that it would take “a week or two” for him to get back on his feet.

According to NBC4 Los Angeles, Leno was originally admitted to Providence St. Joseph Medical Center in Burbank before being transferred to the burn center, where he received at least one skin graft involving two surgeries and treatment in a hyperbaric chamber.