Jason Momoa Dances Around the Lobo-Shaped Elephant in the Room 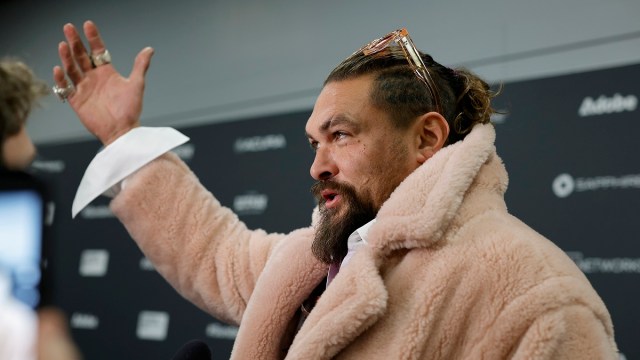 By the time Aquaman and the Lost Kingdom finally comes to theaters in December, five years will have passed since Jason Momoa headlined the single highest-grossing DC Comics adaptation there’s ever been, but will it be his last outing as Arthur Curry?

That’s been the burning question on everyone’s lips since it was first rumored that he could be set to ditch Arthur Curry in favor of cult favorite Lobo as part of James Gunn and Peter Safran’s overhaul of the shared superhero universe, and Momoa’s latest comments haven’t done anything to dampen the speculation.

Having already set the internet ablaze by teasing that big things are coming down the pipeline – which even saw Gunn weigh in with what may have been a virtual eye-roll – the Game of Thrones alum spoke to Variety about his future as part of the new and improved DCU, and it can’t help but be noticed that there’s a Lobo-shaped elephant in the room.

“It’s very, very wonderful. I’m in the house of Warner Bros. and they are liking a lot of stuff I’m doing. We got a lot of good things coming… I’ll always be Aquaman. Ain’t anyone coming in there and taking shit. There might be some other characters, too. I can play other things, too. I can be funny and savage and charming.”

He may have said that he’ll “always be Aquaman,” but it was inevitable that folks are already reading very deeply into Momoa’s entirely accurate belief that he can be “funny and savage and charming.” Does that sound like a certain intergalactic bounty hunter to anybody else?

‘Cobra Kai’ Gets Renewed For Sixth Season By Netflix But Here’s The Catch!