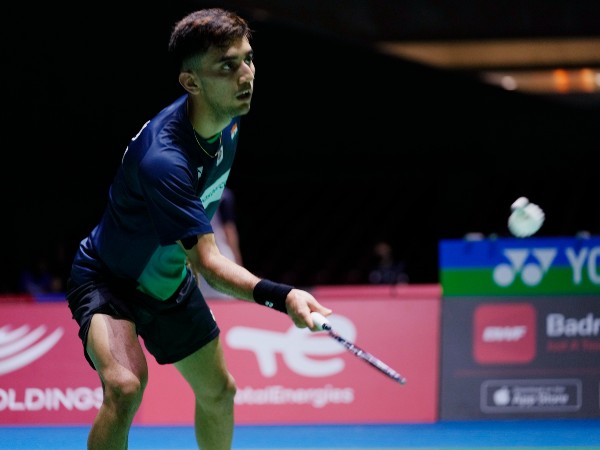 Playing on court 3, Prannoy was leading the first game 11-10, before his Hong Kong opponent Angus Ng Ka Long retired hurt. The men’s singles round of 32 contest only lasted seven minutes, with the Hong Kong shuttler retiring in the middle of the first game itself.

Meanwhile, earlier in the day, Indian women’s doubles pair crashed out of the tournament in the opening round. The Indian pair of Ashwini Bhat K and Shikha Gautam endured a first round loss as they went down to South Korea’s Lee Yu-rum and Bae Ha-na.

Playing on court 1, the Indian pair fell in straight games, as the South Korean women’s doubles pair, handed them a 21-15, 21-9 loss in a opening round contest that lasted 38-minutes.

Lakshya Sen will open his contest against Kenta Nishimoto

On the opening day, only Prannoy and the doubles pair were in action from the Indian camp. The second day of the tournament will see India’s star youngster Lakshya Sen taking to the court. The day’s action will begin with the 20-year-old Sen taking on Japan’s Kenta Nishimoto on court 1 on Wednesday (Aug 31) in the men’s singles contest.

The other men’s singles shuttler who will be in action on the second day of the Japan open is, Kidambi Srikanth, who will take on Malaysia’s Lee Zii Jia on court 3.

Meanwhile, later on in the day, India’s women’s singles shuttler, Saina Nehwal will have a tough opening round, when she takes on top-seeded Akane Yamaguchi on court 1.

The 2022 edition of the Japan Open, which got underway on Tuesday (Aug 30), will conclude on September 4.

All You Need To Know About This Popular Health Trend

How the World and Royals Reacted to Princess Diana’s Death