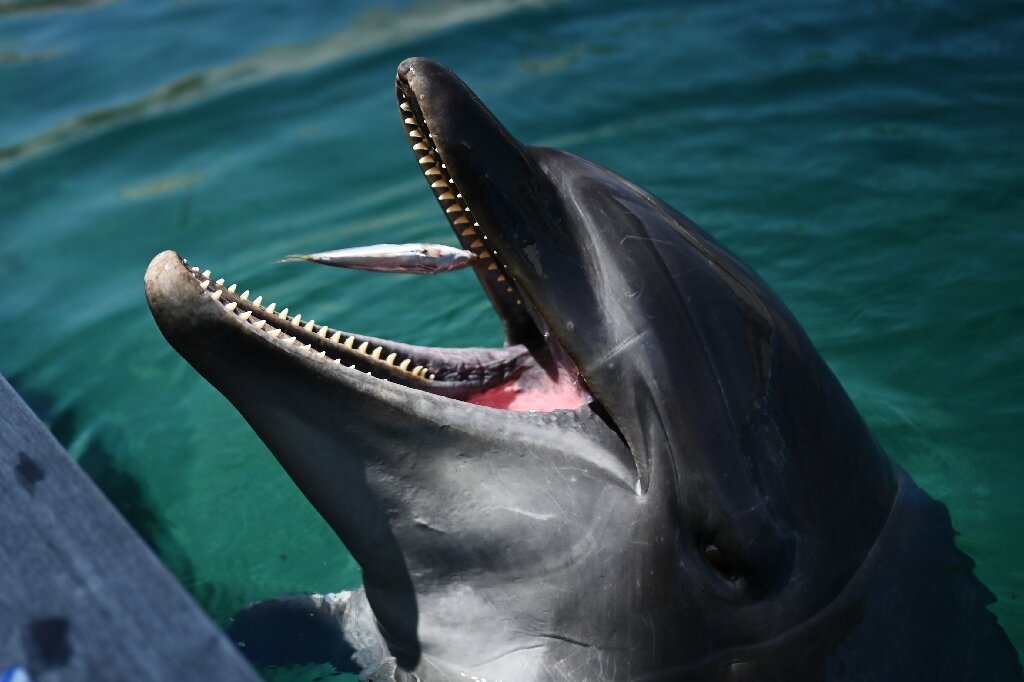 Beachgoers in the Japanese region of Fukui have been warned to stay away from a displeased dolphin accused of biting swimmers, with officials urging visitors to “watch from afar”.

Beach attendants at the seafront in the central region on Wednesday set up a device that emits ultrasonic frequencies in a bid to repel the cantankerous creature, the city said.

A sign has been put up warning dolphin fans not to touch the animal.

Local media said at least 10 incidents involving dolphin bites have been recorded by attendants at the beach since it officially opened for the summer on July 9.

A local official told AFP that Fukui’s fire department has been called over two incidents, both involving men in their 40s who were swimming near the local beach.

Injuries have been minor so far, but local authorities have warned of “potentially severe wounds”.

“Dolphins tend to be considered cute, but if you approach wild dolphins carelessly, you might get bitten and injured,” Fukui prefectural police cautioned in a Twitter post Monday.

“If you spot any, don’t go near them,” the police said, citing the case of a man who was bitten on the hand on Sunday.

The city believes the series of attacks are the work of single dolphin, which was first spotted near shore at a different beach in April, Masaki Yasui, an official from the tourism promotion department, told AFP.

“We understand that there are certain body parts where dolphins don’t like to be touched, like the tip of its nose and its back fin,” Yasui said.

He said videos posted on Twitter showed beachgoers had been trying to touch the dolphin in those areas.

“We encourage visitors to watch the dolphin from afar if they come across it,” the official said.

21 dolphins die after washing up on Mexico beach

The Ambulance Chased One Patient Into Collections

Your Final Resting Place Could Be a Coffin Made of Mushrooms