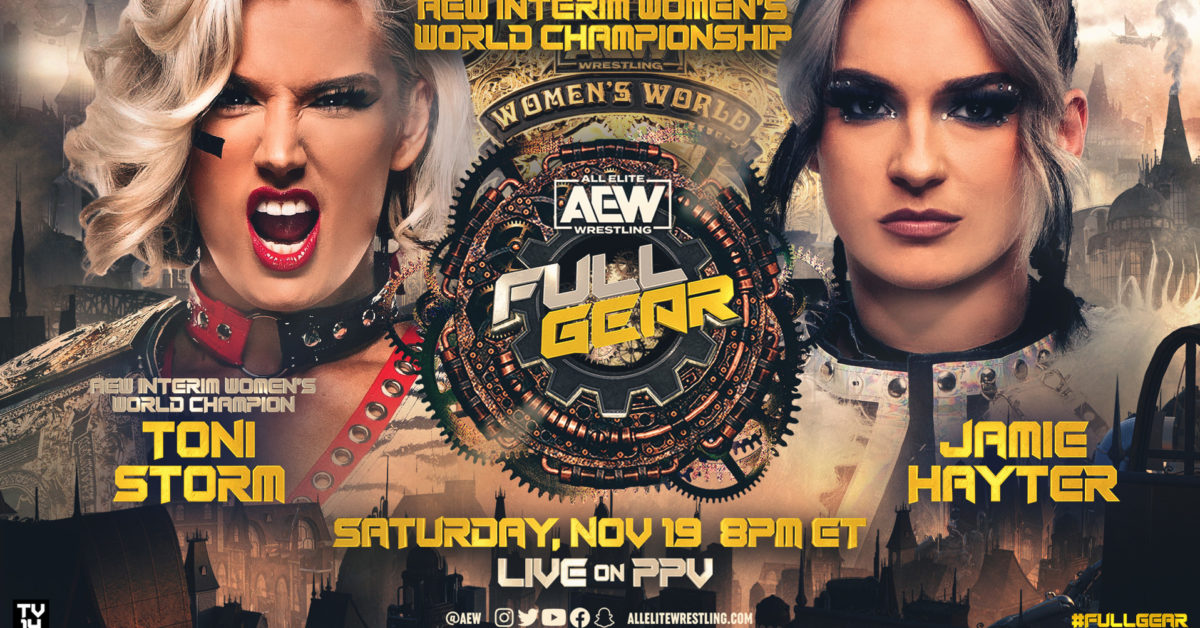 To the delight of the crowd, Jamie Hayter defeated Toni Storm to win the Interim AEW Women’s World Championship at Full Gear. Storm won the Interim Women’s World Championship after regular Women’s World Champion Thunder Rosa was injured, but even before that, the crowd has wanted Hayter to rise to the top. They finally got what they wanted tonight when Hayter won her first title in AEW, and The Chadster hopes Tony Khan knows what he’s doing. When you give the fans what they want, they expect to get it all the time. That’s why Vince McMahon always knew that you should always give the fans the opposite of what they want so that they understand who is boss. But Tony Khan is an idiot who doesn’t understand the first thing about the wrestling business.

But this is an AEW PPV, and The Chadster wishes it would end, but it won’t. That’s because Tony Khan makes the PPVs longer just to spite The Chadster. He doesn’t want The Chadster to sleep because if The Chadster gets more sleep, he will be even better his job of being the only unbiased reporter in all of wrestling journalism and exposing AEW for the conspiracy to RUIN THE CHADSTER’S LIFE AND BREAK UP HIS MARRIAGE that anyone can clearly see it is.

And if you need any more proof, just look at this match. AEW takes a lot of criticism for lackluster attention to the women’s division, but this match between Toni Storm and Jamie Hayter was not only the best match of the night so far, but the crowd was hotter for it than any other match of the night to this point.

AEW fans love Jamie Hayter and they were behind her winning. The match was fast-paced and hard-hitting. It had lots of false finishes, and Toni Storm had her nose bloodied during it. Hayter finally won with lots of interference from Rebel and Britt Baker.