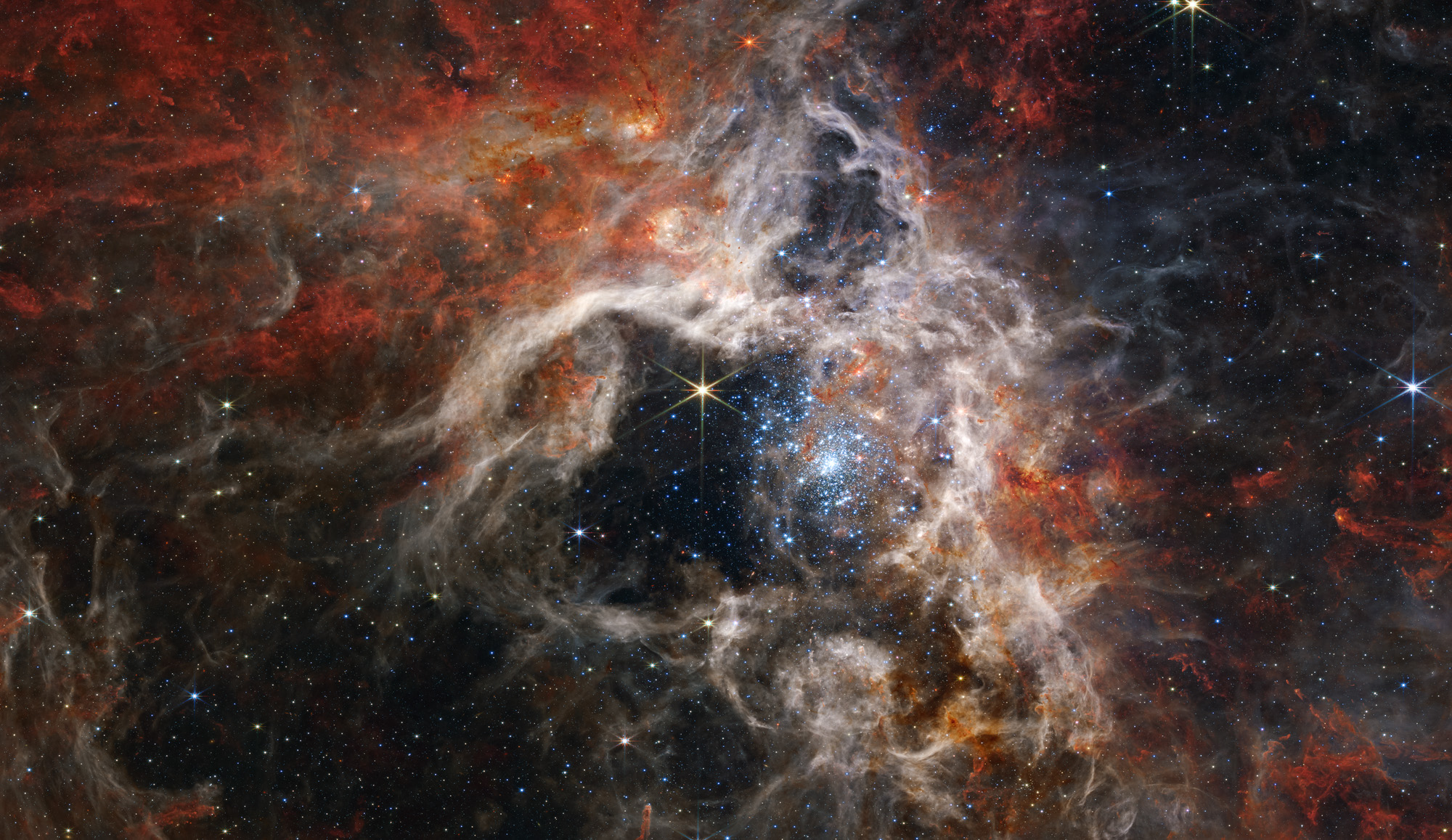 Located 161,000 light-years away from Earth, the Tarantula Nebula has long been a favorite for astronomers studying star formation. Now, we’ve been given an even better look at the beautiful nebula thanks to the power of the James Webb space telescope. This newest James Webb image of the Tarantula Nebula also showcases the nebula in detail unseen before.

The Tarantula Nebula earned its name due to its whispy, dusty filaments in previous telescope images. With James Webb, we can get a better picture of the nebula itself, including several blue stars at the center. NASA says that these blue stars are responsible for the strange gap in the middle, citing radiation and intense stellar winds for the clearing.

The image is made up of several distinct gas formations and several budding stars within those gasses. The gas, which appears like spider silk around the center, is another reason for the unique naming of this nebula. With the detail that James Webb offers, the nebula looks even more like a tarantula nest, with whispy and silky white webbing surrounding the main part of the nest.

Within the image, the ESA says that we can see stars in their earliest stages of formation. These stars reside within the dense knots of dust and gas that surround the central cluster. These stars, NASA says, are called protostars. James Webb captured this image of the Tarantula nebula thanks to its Mid-infrared Instrument (MIRI).

This instrument has been responsible for many of the images Webb has captured. Its longer wavelengths allowed astronomers to peer deeper into the gas clouds that surround the nebula than ever before. One reason scientists are so intrigued by this image of the Tarantula Nebula is that the nebula itself bears a lot of resemblance to the “cosmic noon,” when the universe was still very young.

The new James Webb image of the Tarantula Nebula offers similar detail to those seen in Webb’s first images. By studying this nebula, and those other targets, astronomers may learn more about how the universe formed, what the first stars looked like, and even how galaxies came to exist.

Over 80% of websites you visit could be leaking your data