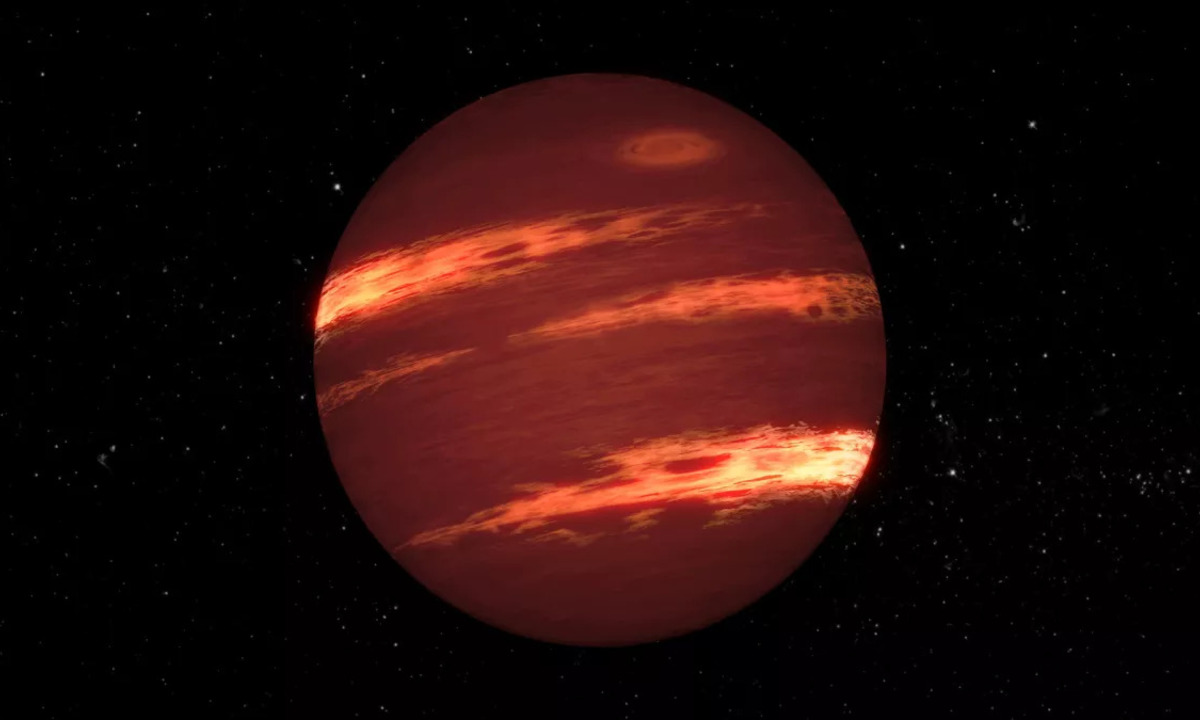 James Webb has spotted a strange alien planet with sand-filled clouds. The exoplanet, which is a brown dwarf, was originally discovered in 2016. It’s known as VHS 1256 b and orbits two small red dwarf stars. Astronomers were puzzled over the exoplanet’s strange reddish glow, but James Webb gave them a better view of the stellar discovery.

Brown dwarfs are intriguing stellar objects. These planets aren’t big enough to turn into stars, but they’re just too big to be regular planets. Additionally, brown dwarfs can produce their own heat and light by burning deuterium. Astronomers believed that the reddish glow the planet has become so well known for is caused by something in its atmosphere.

This belief appears to have been confirmed thanks to observations made by the James Webb space telescope. By looking at the brown dwarf, astronomers were able to detect thick clouds of sand-like silicate grains. The space telescope also picked up traces of water, carbon monoxide, carbon dioxide, methane, sodium, and potassium.

Astronomers looking at the data published their findings on the arXiv servers. The paper has yet to be published and hasn’t been peer-reviewed yet. They say that the brown dwarf James Webb observed is still small for that type of planet. This most likely means that the planet is still young. Scientists discovered it back in 2016, as noted above. It was found around 72 light-years away from Earth.

James Webb’s observations of this brown dwarf could help us better understand these strange planets. More research will need to be done, especially with all the data James Webb can capture. But, we’ll hopefully see more studies on these types of planets in the future.

Comcast is rolling out 2Gbps Internet service in select states

What 5G has for you and enterprises, Ericsson showcases…