James Harden says he did everything he could for the Rockets. He’s wrong. 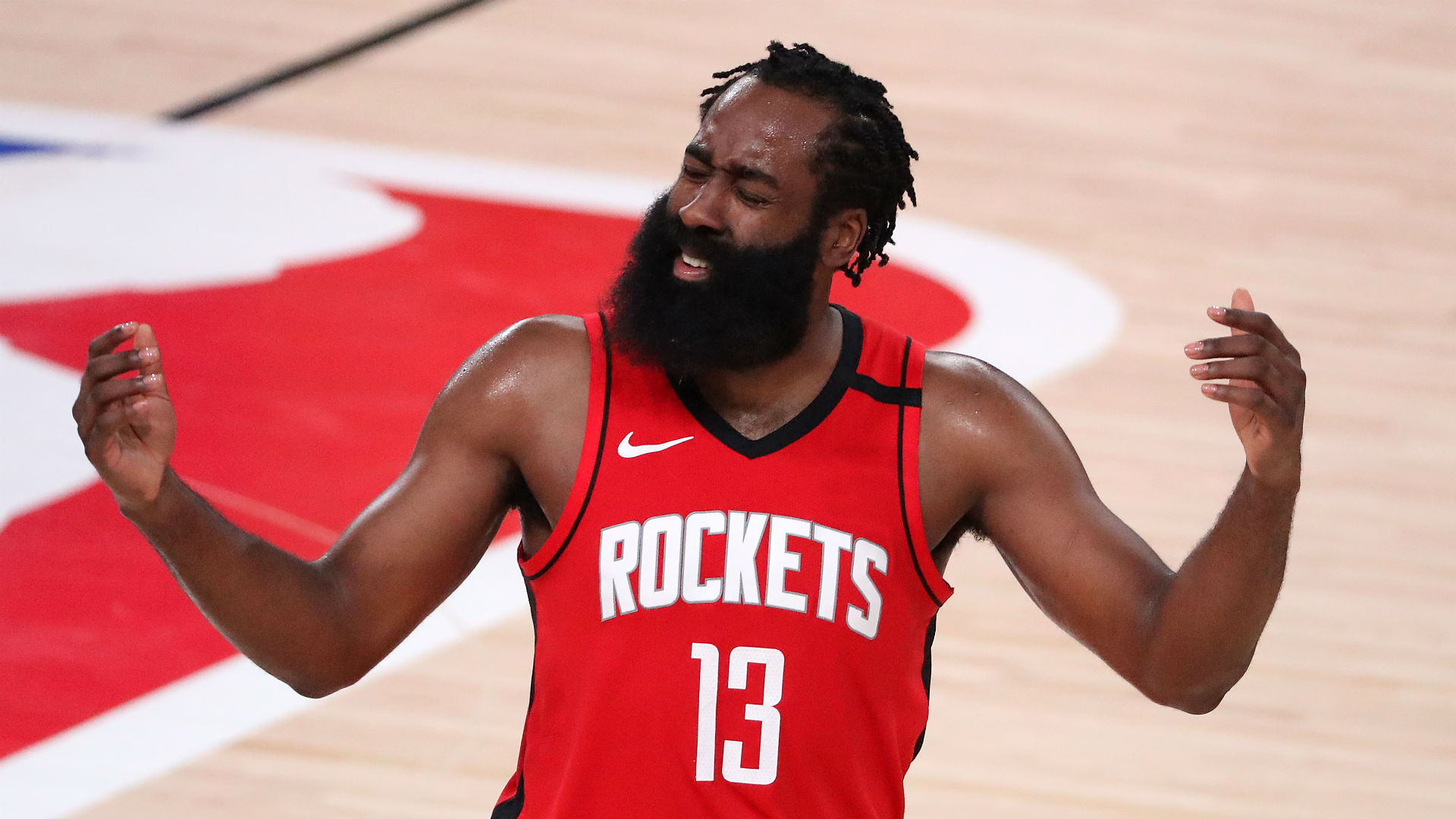 The final score of Tuesday night’s game between the Lakers and Rockets belied just how thoroughly Los Angeles dominated Houston.

LeBron James, Anthony Davis and Co. jumped out to a 35-14 advantage by the end of the first quarter and led by as many as 30 points in the third on the way to a 117-100 victory. The Rockets sat on their bench in despair. The Lakers hopped out of their seats to celebrate when James launched a corner 3-pointer and turned toward his bench while the ball was still in the air.

So when Harden arrived at the podium after the loss, his general demeanor and tone didn’t shock anyone. Houston has lost four of its past five games (3-6 overall, 14th in the Western Conference), and Harden is averaging just 17.4 points and shooting 37.8 percent from the field in that span.

“[We’re] just not good enough,” Harden said. “Obviously chemistry, talent-wise, just everything. And it was clear, like I said, these last few games. They just, from the beginning of the game, they were just aggressive. Veteran team, obviously, championship team, one of the best teams that we have in this league.”

The big surprise came when Harden, who has been at the center of trade reports, rumors and speculation since November, followed up those comments by saying the quiet part out loud.

“I love this city. I literally have done everything that I can,” Harden said. “I mean, this situation is crazy. It’s something that I don’t think can be fixed. Thanks.”

And with that, he walked away.

Harden has given the Rockets a lot. Since joining the team in 2012, Harden has scored more than 18,000 points and led Houston to eight consecutive playoff berths, including Western Conference finals appearances in 2015 and 2018. He is an eight-time All-Star and former MVP. He isn’t just one of the NBA’s top scorers — he is an entire offensive system.

But here’s the thing: Harden hasn’t done everything that he can.

He didn’t show up for training camp on time. He flouted the league’s COVID-19 protocols by partying maskless in multiple cities. He forced Stephen Silas to answer questions about his status rather than his first campaign as an NBA head coach. He isn’t close to being in game shape. He doesn’t seem interested in attempting to make a connection with his teammates, especially Rockets guard John Wall.

“I think it’s been a little rocky,” Wall said of his relationship with Harden. “Can’t lie about that. I don’t think it’s been the best it could be, to be honest. That’s all I really could say.”

Houston does bear some responsibility in this situation. The Rockets’ culture has been, as a former staffer told ESPN’s Tim MacMahon, “Whatever James wants.” Superstars always hold a fair amount of power and influence with their organizations, but Houston tipped the scales too far.

That’s also a good reason why Harden shouldn’t be acting this way. The Rockets have bent over backward to accommodate him, firing coach Kevin McHale and trading away Dwight Howard and Chris Paul because Harden reportedly pushed for those moves. Houston is simply asking the 31-year-old to be a professional as it seeks a reasonable trade package.

If Harden had reported to training camp in a timely fashion and put his talent on full display to start the season, he wouldn’t have just been doing the right thing for the Rockets. Trade suitors may have been more eager to pull the trigger after seeing a motivated Harden consistently drop 30-plus points on his opponents. The asking price would have gone up. He would be much closer to his goal of leaving Houston. He is only hurting himself.

Harden and the Rockets appear to have reached a breaking point, but things didn’t have to end this way. It didn’t have to get this ugly. Despite what Harden says, he could have done more.