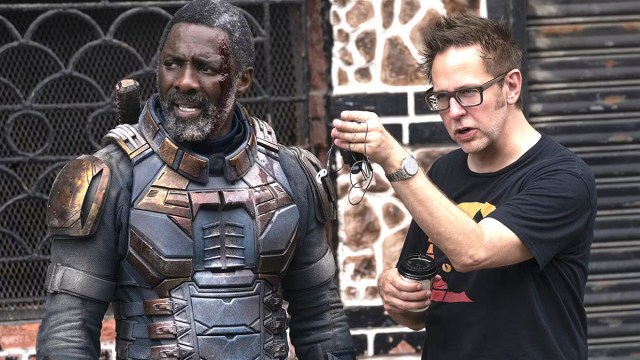 James Gunn might be a tried and tested filmmaker whose every superhero outing over the past decade has ended in acclaim and veneration, but fans are finding it extremely difficult to root for the filmmaker now that he’s heading the cinematic universe. Now, amid a flurry of hearsay involving Jason Momoa and his future as Aquaman, one of the director’s most ferocious critics is foretelling the DCU’s premature doom.

Speaking of Momoa, the actor is going out of his way to shovel coal into the firebox of rumors. In a recent interview, the Game of Thrones alum said that it’s completely possible for him to simultaneously portray two characters in the DCU, as strange as it might be to hear for those of you who still care about that old thing called continuity.

Meanwhile, it’s been a minute since someone lambasted Thor: Love and Thunder, so another character from Taika Waititi’s highly polarizing sequel is coming under fire. Check out all of these and more below.

In case you hadn’t noticed, the geekdom barely tolerates Chris Pratt in the MCU, so you can imagine how they’re going to react if you tell them that James Gunn is going to inevitably cast the actor as a character in his DCU roster. When the two of them are done with Guardians of the Galaxy Vol. 3, Pratt is going to suit up as a member of the Justice League, or at the very least, a major supporting character.

After deliberating on the matter for days, the fans are ready to acknowledge that Pratt in the DCU would be palatable on the condition that he plays one of these two characters — Guy Gardner and Ted Kord. They are both superheroes that even resemble Pratt, but of course, we know that the infinitely complex and oftentimes incomprehensible equations of fan-casting have never been about so simple a thing as physical appearance.

With Avatar: The Way of Water officially passing the $2 billion mark at the box office as the sixth film in history to do so, James Cameron is the only living director to have broken through that barrier three times. Currently, the director’s first Avatar movie occupies the first spot in the list of the highest-grossing movies of all time, while 1997’s Titanic comes third and The Way of Water sixth. The other three are Avengers: Endgame, Star Wars: The Force Awakens, and Avengers: Infinity War.

Taking cinematic history into account, it’s safe to say that no filmmaker will be able to achieve this feat for a long while, unless it’s James Cameron himself, who can just swoop in with another blockbuster — even Avatar 3 — to break his own record. It seems that when it comes to chart-shattering phenomena, Cameron takes the throne without question.

Jason Momoa offers vague hints about his DC future, but it sure sounds like he’s teasing Lobo’s emergence

Jason Momoa has assured fans that he isn’t giving up Aquaman’s trident any time soon. The actor has guaranteed folks that he’ll always be around to talk to fish. At the same time, Momoa couldn’t help himself and teased that it’s also entirely plausible for him to portray another character simultaneously, one who is “funny and savage and charming.” Does that remind you of a certain intergalactic bounty hunter?

“I’m in the house of Warner Bros. and they are liking a lot of stuff I’m doing,” he said. “We got a lot of good things coming. I’ll always be Aquaman. Ain’t anyone coming in there and taking sh*t. There might be some other characters, too. I can play other things, too. I can be funny and savage and charming.”

Becoming the head of DC Studios may be the best and worst thing that ever happened to James Gunn. The man has been under a relentless wave of scrutiny ever since this appointment and all the rumors floating out there aren’t helping matters either. I mean, Jason Momoa may have doused the latest fire by confirming that he’ll continue to play Aquaman, but if there’s any chance that Gunn is going to cast him as another character as well, then the DCU is already doomed.

At least that’s what is destined to happen according to YouTuber and movie journalist Grace Randolph, who is a notorious Gunn critic. The two have exchanged blows in the past, but while it almost seemed like they were willing to let bygones be bygones, Grace has taken another swing at her arch-nemesis by saying that if fans are okay with Momoa portraying both Aquaman and Lobo, then they deserve “the garbage you’re clearly going to get.”

Thor: Love and Thunder being trashed yet again for ruining a character’s potential

Thor: Love and Thunder will probably go down as the most divisive MCU movie in its accomplished history. With the release of Black Panther and the hype surrounding Ant-Man 3, we had assumed that people would finally be able to move on and forget about Waititi’s blunder, but alas, it seems that Love and Thunder shares the same fate as The Last Jedi. Recently, Russell Crowe’s comic relief Zeus has come under fire over at Reddit, and most folks seem to agree that his character was another one of the movie’s wasted potentials. For the God of Thunder, we feel like there may be no respite from criticism in the years to come.

Is this the end for Rick and Morty? With Justin Roiland facing serious abuse allegations and his insensitive DMs leaking online, the fandom is bracing for their favorite animated show’s cancelation. Even if Roiland manages to get acquitted in court, there’s no telling if Adult Swim can continue its partnership with the co-creator. Times being what they are, the network is probably already looking for a replacement, but it knows as well as we do that there can be no Rick and Morty without Roiland’s iconic voice-acting and writing prowess.

Who are the key suspects in the Qatargate scandal ?