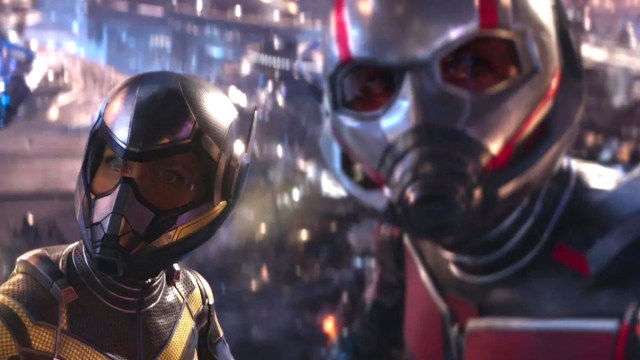 The never-ending saga of DCU drama continues as James Gunn takes to Twitter yet again to address the recent tirade of criticisms and skepticism concerning a few of his creative decisions. In this latest instance, the filmmaker has addressed the Chris Pratt-hating crowd by saying that his upcoming cinematic universe will have hundreds of characters, and some of them will inevitably turn out to be people Gunn has previously worked with, so you’d better come to terms with the logistics of that now.

Meanwhile, the online community has a field day with the Ant-Man and the Wasp: Quantumania screenplay leaking online, with many people imagining the motions Kevin Feige must be going through to find the culprit and bring them to justice. Last but not least, Jason Momoa confirms that a fan-favorite Aquaman character is indeed going to appear in the upcoming sequel.

JUNG_E is the latest flick from Train to Busan by writer and director Sang-Ho, involving a post-apocalyptic future where climate change has decimated much of humanity. You can imagine that a lot of people would be willing to give this movie a try based on that premise alone, and the filmmaker’s credentials only help reaffirm that choice.

While JUNG_E failed to impress critics, with a score that puts it somewhere below your average blockbuster these days, it seems that the streaming nation has chosen to be the contrarian yet again. In fact, the movie currently occupies a position in the top 10 most-watched movies of 84 countries and is the first in 31 of them, so make of that what you will.

You’d think that James Gunn will do anything in his power short of actually producing a Man of Steel flick right now to appease the riotous DC fandom. But if anything, the director is doubling down on all of his creative decisions, regardless of how controversial and debate-fueling they’ve turned out to be over the past couple of weeks. One of these involves casting MCU regulars in the forthcoming DC cinematic universe, Chris Pratt numbering among them. Gunn seems to think this a matter of due course, and he’s explained as much in a tweet recently.

According to folks on social media, you can find the entire Ant-Man and the Wasp: Quantumania script somewhere on the internet. This has got to be the biggest leak from the MCU in years, so we can almost picture Kevin Feige, a man famous for running an incredibly tight ship as far as spoilers and leaks are concerned, to be just about bristling at the moment.

Instead of being annoyed and angry because it’s open season on the plot of their anticipated Marvel movie, the internet is having a bit of fun at Feige’s expense by speculating about all the measures the MCU boss must be taking to find the person who did this, and woe to them if he does. A huge part of the fandom may have already given up on the MCU or simply not take it as seriously as before, but if there’s one thing we know about them, it’s that Feige and co. take this matter very seriously indeed.

There’s something incredibly appealing about strange sidekicks with musical aptitude, so it’s little wonder that Topo the drumming octopus from Aquaman has turned into something of a cult legend ever since appearing in the original film. Now, Jason Momoa has put all those fan concerns to rest by confirming that Topo, his magical sea assistant, is indeed making a comeback for the sequel.

“Oh yeah. He’ll be back alright,” he said. “But it’s hilarious. It’s wonderful. You’re gonna love it. This moment, I want you to remember that you asked me. It might be one of the funniest moments of the whole movie.” We practically can’t wait.