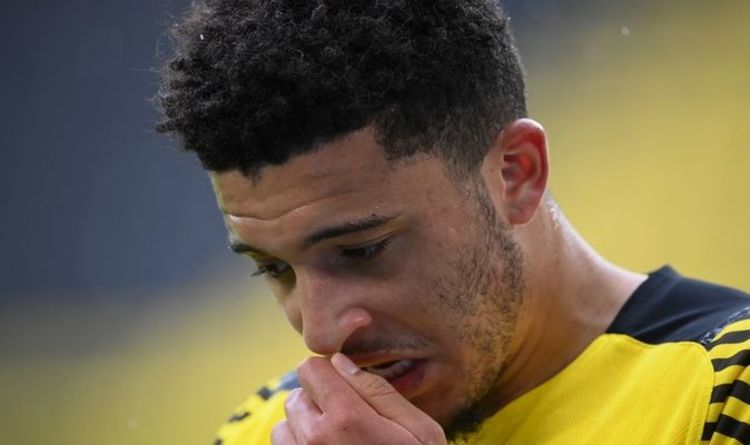 Manchester United are said to be willing to offer Jadon Sancho a five-year contract ahead of a potential move to Old Trafford this summer after the club restarted negotiations with Borussia Dortmund. The Red Devils are back in for the England international, who was the subject of a £90million bid last October.

Unfortunately for United, that fell some £18m short of Dortmund’s £108m valuation.

But that may now just have worked in United’s favour after Sancho’s value fell to around £80m.

United started dialogue with the player’s camp again at the start of the week and there is confidence a deal can be done this summer.

Today, the Old Trafford hierarchy were informed that Dortmund had rejected their opening offer of around £67million.

The breakdown of United’s contract offer works out at around £250,000 per week.

That would immediately make him one of the club’s highest earners, with only David De Gea (£375,000 per week) taking home more.

United will have to be cautious they do not back themselves into a corner when handing out huge pay packets.

That was the case when they handed Alexis Sanchez a contract worth an estimated £500,000-a-week.

Representatives of future transfer targets and current players can then use that figure as leverage when trying to negotiate contracts for their clients.

Bruno Fernandes is in line for a contract extension after he chipped in with 28 goals and 17 assists last season and he looks set to become one of United’s best earners.

Amazon Canada has the Apple TV 4K for $50 off