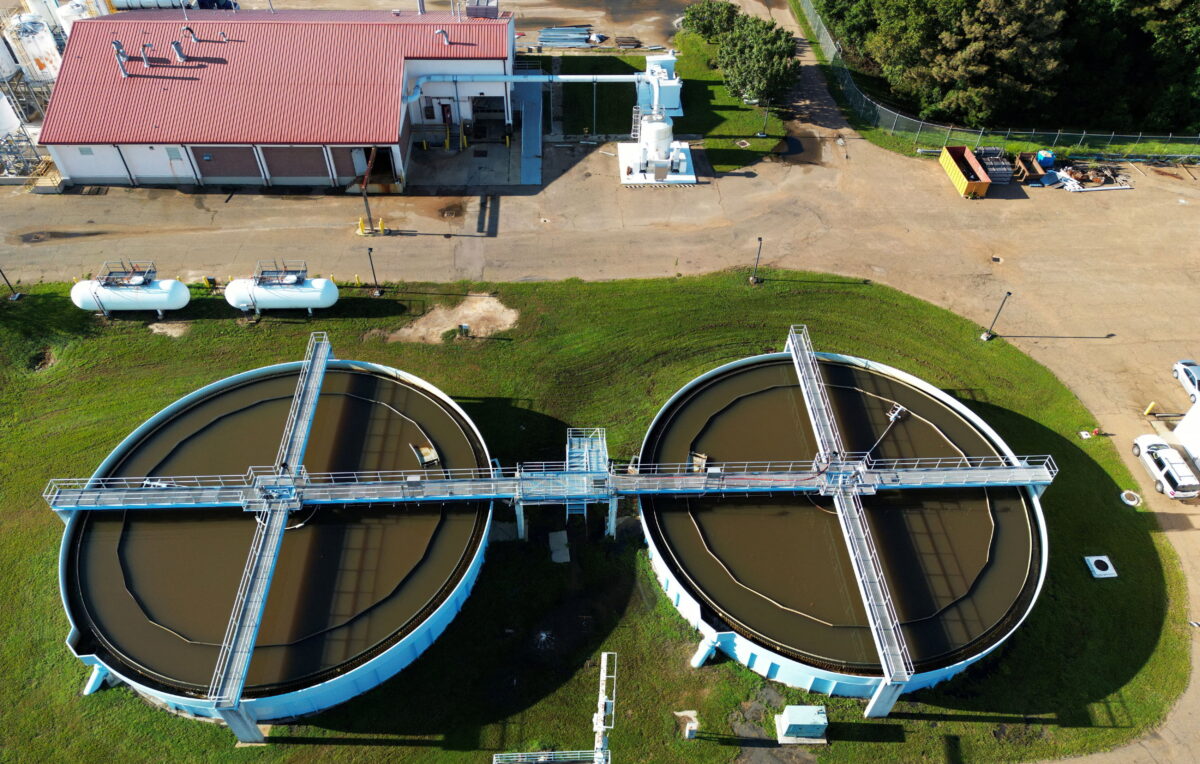 Hundreds of vehicles queued outside one site in the city of Jackson operated by the Salvation Army, as men and women loaded up trunks and backseats with cases of water. Others searched for water at local stores where supplies were depleted or sold out.

“It’s sad, it’s sad. And I can’t even afford to move out of Jackson, so I have to stay here and deal with this,” said Kendra Payne, a mother of two, after she bought a dozen of cases of water at a local Walmart.

The treatment plant, long plagued by inadequate staffing and maintenance problems, broke down from complications after a weekend of heavy rain and flooding.

“Jackson is in a water crisis and we do not trust what water we get to even bathe in,” said Cassandra Welchlin, 49, a social worker. She said her family of five was fortunate because her sister’s place outside the city was available for safe showers.

As a stop-gap measure to restore pressure to the water system, crews scrambled to install a temporary pump at the O.B. Curtis plant, which stopped operating on Monday and left the city of about 180,000 people without running water.

The city is likely to see some relief with the installation of the temporary pump, which would boost the plant’s capacity.

An emergency had already brought the plant back to about 40 percent capacity. Even so, the system was still short of sufficient water pressure to guarantee service citywide.

Jackson Mayor Chokwe Antar Lumumba was optimistic on Wednesday morning, telling CNN that the expected water to be restored to residents by the end of the week.

As part of its response, the state also brought in 10 tractor-trailers of non-potable water and was expecting more than 100 more trucks in the coming days, Stephen McCraney, the state emergency management director, told reporters on Tuesday. The non-potable supplies are intended for flushing toilets and washing clothes.

On Monday evening, Governor Tate Reeves declared a state of emergency and called up the National Guard to assist in efforts to bring relief to the city.

President Joe Biden spoke to Lumumba on the phone on Wednesday, a day after his administration approved an emergency declaration and ordered federal assistance to supplement the state’s response.

“They discussed emergency response efforts underway, including support from FEMA, EPA, and the Army Corps, and the president expressed his determination to provide Federal support to address the immediate crisis and the longer term effort to rebuild Jackson’s water infrastructure,” the White House said.

Even before the crisis, the city had been under a boil water notice for the past month due to “elevated turbidity levels,” which makes the water appear cloudy. That followed a string of disruptions to the city’s water supply in recent years caused by high lead levels, bacterial contamination, and storm damage.

Reeves, a Republican, has alleged that the water treatment plant suffered from years of city mismanagement, while Lumumba has accused the state of failing to support efforts to maintain and update the plant.

Both sides agree that floodwaters entered the plant and altered the chemistry of the water. That rendered the existing treatment inadequate, forcing the plant to shut down.

What documents are required to get a pension if an EPS pensioner dies?