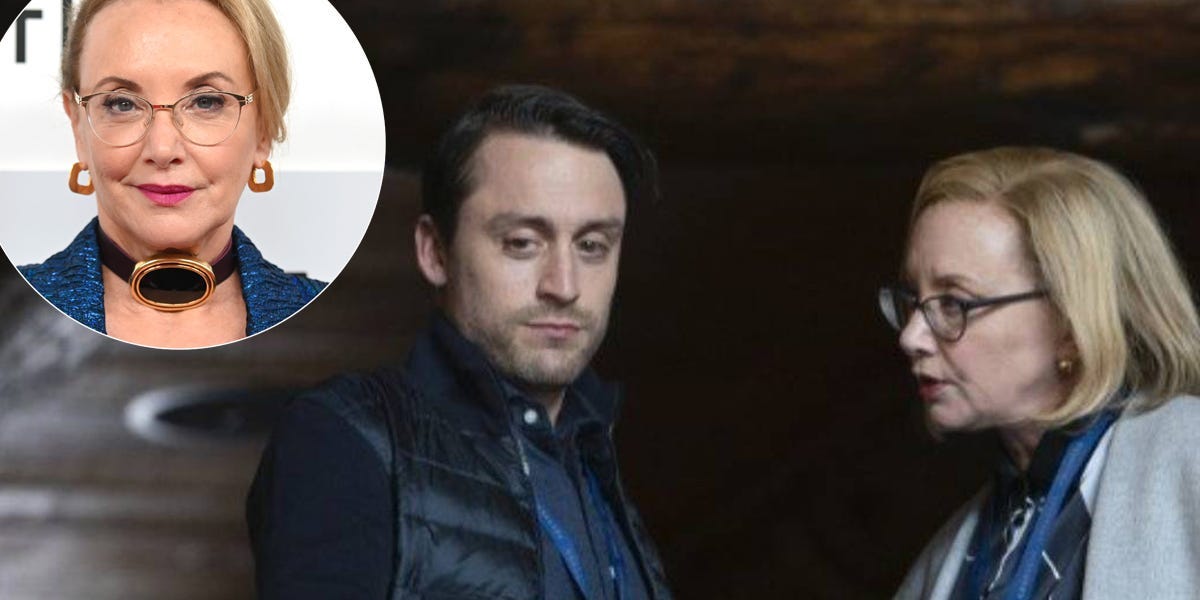 J. Smith-Cameron and Kieran Culkin delighted fans with the twisted sexual relationship between their characters Gerri and Roman on “Succession,” but Smith-Cameron recently told Insider that she has no idea what’s in store for the unlikely couple on the upcoming fourth season of the drama.

“I wasn’t sure that we would ever do more than the one scene because I didn’t know how people would react. I didn’t know how Kieran would react,” the actress said during a red-carpet interview for her new movie, BJ Novak’s directorial debut “Vengeance,” at the 2022 Tribeca Film Festival premiere on Sunday.

“I really didn’t know what Gerri made of it. I still don’t. It’s kind of just a weird thing that happened,” Smith-Cameron added.

The actress, who also stars in another Tribeca premiere “The Year Between,” praised Culkin for being a “present” scene partner during their work on “Succession.”

“He’s a very free, released kind of actor,” Smith-Cameron told Insider. “There’s something really immediate and authentic about him, all the time, every day.”

And when asked about the future of Gerri and Roman’s surprising relationship, Smith-Cameron admitted that she was still in the dark.

Smith-Cameron previously spoke about what’s next for the two characters in a December interview with Variety, following the season three finale of “Succession.”

“I’d like to think they have enough of a real connection that there’s something else coming — either they somehow make contact, even if it’s to be arch-enemies, or it takes the form of them being really furious with each other,” she said at the time.

The legend of Game 6 Klay