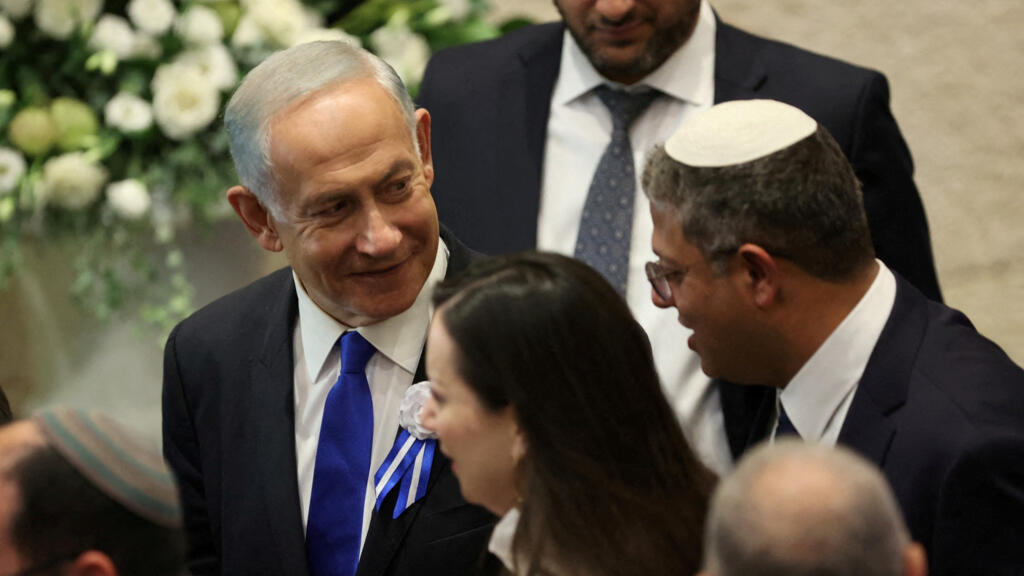 As a part of the agreement, Israel’s Jewish Power party will receive three ministerial positions. The authority of the public security minister, which was renamed national security minister, will be substantially expanded, according to the Israeli daily, Haaretz.

“We took a big step tonight toward a full coalition agreement, toward forming a fully, fully right-wing government,” Ben-Gvir said in the statement.

Netanyahu’s Likud and its religious and far-right allies won a clear victory in Israel’s November 1 election, ending nearly four years of political instability. His efforts to quickly form a government have hit roadblocks, however, as negotiations with coalition partners drag on.

The incoming government look set to be the most right-wing in Israel’s history, forcing Netanyahu into a diplomatic balancing act between his coalition and Western allies.

Ben-Gvir’s record includes a 2007 conviction for racist incitement against Arabs and support for terrorism, as well as anti-LGBT activism. He says he no longer advocates expulsion of all Palestinians – only those he deems traitors or terrorists.

A settler living in the West Bank, which Israel occupied in a 1967 Middle East war, Ben-Gvir is opposed to Palestinian statehood. He also supports Jewish prayer on a flashpoint Jerusalem holy site that houses al-Aqsa Mosque and which is a vestige of ancient Jewish temples.

Israel’s right wing has for years sought to change the justice system, portraying it as an interventionist and left-leaning roadblock to its legislative agenda. The makeup of the expected coalition now clears a path for such changes.

Netanyahu is on trial for fraud, breach of trust and accepting bribes in three scandals involving wealthy associates and powerful media moguls. He denies wrongdoing and has portrayed himself as a victim of a witch hunt by law enforcement and the justice system.

But Israel prime minister-designate has insisted that proposed legal changes would not impact the outcome of his trial. While on trial, he is bound by a conflict of interest arrangement limiting his dealings with the justice system, although it is unclear if that will be enforced.

(FRANCE 24 with AP and Reuters)

I`ve got so much respect for Cummins: Justin Langer

Should I invest in PPF or index funds for a 15-yr horizon?

Skiing in Norway is a meditative immersion in nature at its…

Elizabeth Debicki On How Menacing Fame Can Be As She Plays…