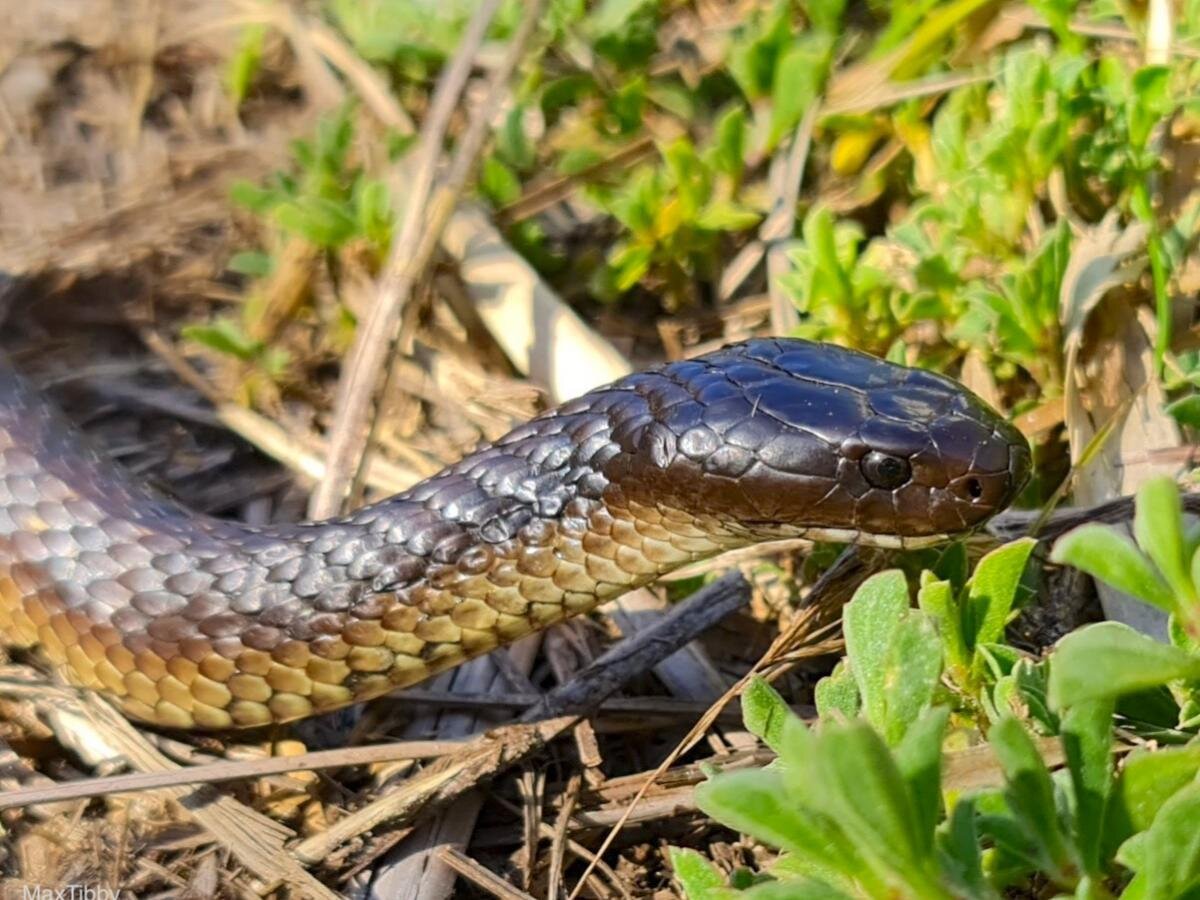 A study by researchers from the University of Adelaide and other institutions has found that in a population of island tiger snakes, the bones in their jaws increase in length after feeding on large prey, while their mainland counterparts show no change.

The new study, published in Evolutionary Biology, presents the first detailed examination of the effects that diet has on the head shape of tiger snakes, a phenomenon known as diet-induced phenotypic plasticity.

“Much like an athlete’s body changes shape with intense training, an island tiger snake’s skull adapts to the food it needs to survive,” said senior author Dr. Alessandro Palci from the School of Biological Sciences at the University of Adelaide.

“Skulls of island tiger snakes are better able to change their growth when trained on different foods. The ability to change head shape during a lifetime as a result of diet increases these tiger snakes’ ability to survive in environments such as islands where there is unusually large prey.”

“Carnac Island is home to hundreds of tiger snakes that need to feed off the large chicks of seabirds to survive,” said lead author Ammresh, whose thesis on this topic was recently awarded first class Honors in Ecology and Evolutionary Biology at the University of Adelaide.

“It is fascinating to see them adapt in real time, changing their skull shape within their lifetime to allow them to consume prey three times the size of what is available on the mainland.

Dr. Palci added, “Not all evolutionary change takes millions of years, as it is often assumed by people when they think of Darwinian evolution. Tiger snakes were introduced on Carnac Island less than a century ago, but phenotypic plasticity combined with intense natural selection allowed them to adapt very quickly, so that visible changes appeared after only a few generations.”

Provided by
University of Adelaide

How To Enable Scheduled Departure On Your Tesla, And Why You Might Want To