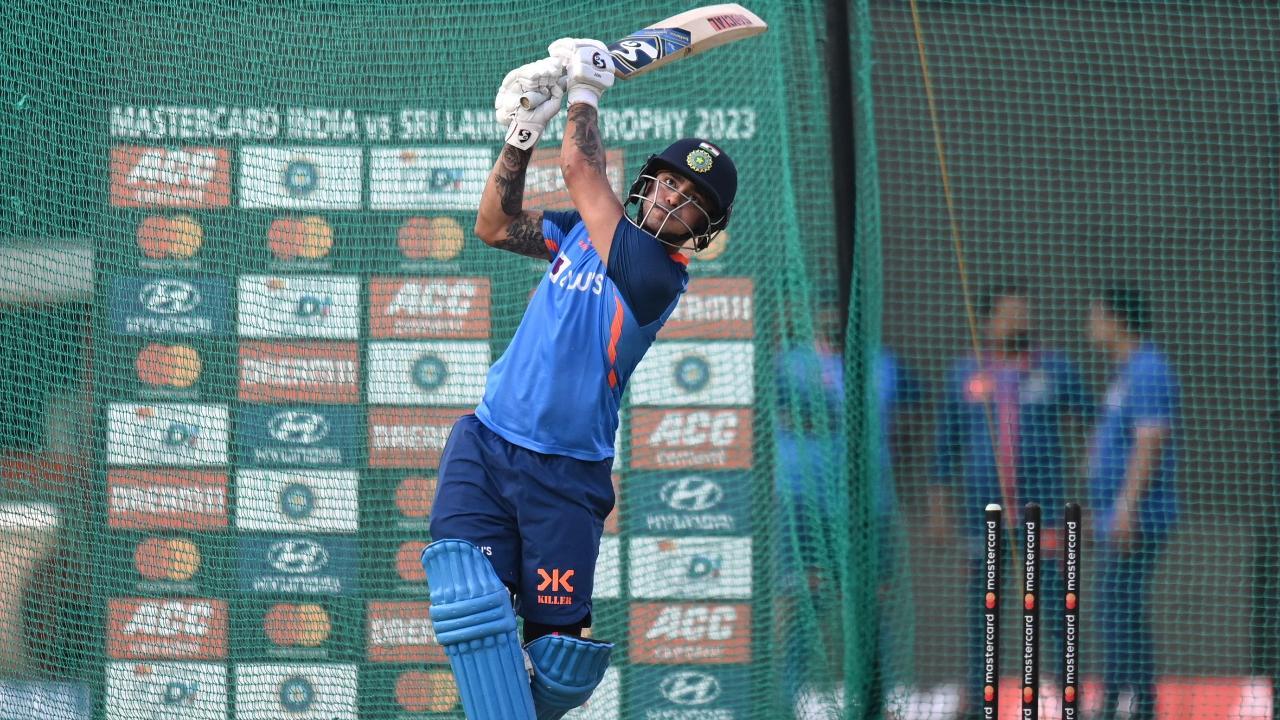 Having stirred a debate after being left out of the squad despite a world record double hundred, Ishan Kishan is expected to be in the playing eleven in the upcoming ODI series against a tough New Zealand.

KL Rahul`s unavailability due to personal reasons opens up a slot for Kishan, but he may not be asked to open during the three-match series starting here on Wednesday.

Kishan had to sit out of the Sri Lanka series despite scoring the fastest double hundred in the history of ODIs, against Bangladesh in the preceding series.

Shubman Gill, who was rewarded for his consistency and picked ahead of Kishan to open alongside skipper Rohit Sharma, made the most of the opportunities with scores of 70, 21 and 116 in the Sri Lanka series.

No changes are expected to the opening combination against the Black Caps but Rahul`s unavailability means Kishan is expected to keep wickets.

Kishan has batted in the middle-order thrice in the 10 ODIs he had played, therefore adjustment should not be an issue.

KS Bharat, who is the second wicketkeeper in the squad, is likely to warm the bench as he is more of a cover in Rahul`s absence.

In a World Cup year, every game is significant and India would aim to build on the gains from the Sri Lanka series even though the performance of their opponents was underwhelming to say the least.

The big takeaways for India from the Sri Lanka series was the performance of the top three and Mohammed Siraj`s ability to pick up wickets with the new ball.

Like Gill and Virat Kohli, Rohit also looked in sublime touch with scores of 83 and 42 but would like to get a big hundred which has also eluded him for some time now.

Kohli though is back to scoring hundreds at will and looks hungrier for runs more than ever, which should set alarm bells ringing in the New Zealand camp.

Shreyas` absence could be a boon for `SKY`
==========================
While he was one of India`s steady batters in ODIs in 2022, Shreyas Iyer failed to convert his starts in three games as scores of 28, 28 and 38 would suggest and to make matters worse, the middle-order batter now has been ruled out of the three-match series against New Zealand owing to a back injury.

In Iyer`s absence, the indomitable Suryakumar Yadav will get at least three chances to cement his place in the side. Surya and Hardik Pandya in the middle-order will surely add firepower at the back-end.

Rajat Patidar, who plays for Madhya Pradesh in the domestic circuit and Royal Challengers Bangalore in the Indian Premier League, has been named as Iyer`s replacement for the rubber against the visiting Kiwis. Patidar has earlier been part of ODI team for past few series.

It remains to be seen if the team management gives Shahbaz a go or bring in Washington Sundar, who could be handy against the left-handers in the New Zealand camp.

India have so far preferred to play a finger and a wrist spinner each in the playing eleven, leaving them to choose between Yuzvendra Chahal and Kuldeep Yadav, who provided the much needed wickets in the middle overs in the two games against Sri Lanka.

Whether Kuldeep and Chahal could be played together like it used to happen five years back or the team management decides otherwise is there to be seen.

Chahal did not play after the first ODI due to a sore shoulder but he should be available for selection for the series-opener.

Siraj, Mohammad Shami and Umran Malik will be the likely specialist pacers in the team with Hardik Pandya being the all-rounder.

Stand-in-captain Tom Latham played a blinder the last time the two teams met in an ODI.

The team is coming from a high of a series against Pakistan in Karachi.

Opener Finn Allen, who was not at his destructive best in Karachi, would be looking to take the attack to the India bowlers.

The hosts need to find a way to stop the belligerent Glenn Phillips who single-handely won New Zealand the decider against Pakistan despite being half-fit.