Is That Johnny Blaze/Ghost Rider Foreshadowing We See? 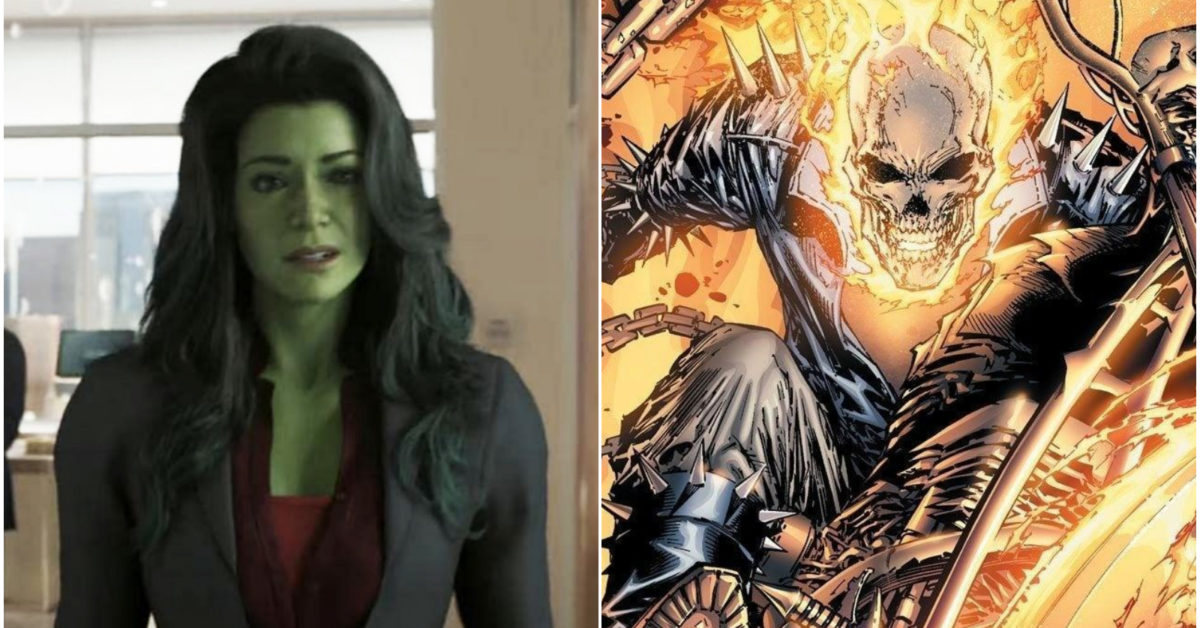 By now, we all know just how much Marvel Studios loves dropping easter eggs into their films and streaming series. And while many of those are a-wink-and-a-nod to the devoted fandom, sometimes they also prove to be foreshadowing of what’s to come within the MCU (especially now with the Phases 4-6 picking up steam post-SDCC). Could that be the case with the recent behind-the-scenes featurette that ET posted for Disney+’s Tatiana Maslany-starring She-Hulk: Attorney at Law? At around the 1:45 mark in the clip (which you can check out here), Benedict Wong‘s Sorcerer Supreme Wong is doing some impressive “magic lasso” work in what appears to be a dinner theater. In the scene (check out the screencaps below) at the bottom left of the stage, we see a framed poster with what appears to be the name “Johnny Blaze.” Now for those of you who don’t know, that was the name of the stunt motorcyclist who would go on to become Ghost Rider.

Created by Gary Friedrich, Roy Thomas & Mike Ploog and first appearing in Marvel Spotlight #5 (August 1972), Blaze would gain his hellfire, vengeance-seeking powers after a deal with the Devil (later, we learn that it was Mephisto) and being bonded to the demon Zarathos. With Ryan Gosling (Barbie) attempting to bend Marvel Studios head Kevin Feige’s ear about playing the part in the MCU and AMC’s The Walking Dead crew throwing its support behind Norman Reedus, the buzz to bring the character into the MCU has been steadily growing. Could this be the beginning of a build towards a Ghost Rider reveal or some fun of the production part? I mean, Marvel Studios & Disney+ reportedly have that live-action Halloween special on the way that’s apparently supposed to introduce “Werewolf by Night” into the MCU so, once again, the timing vibes right.

Now here’s a look at the newest trailer for Marvel Studios & Disney+’s She-Hulk: Attorney at Law:

“She-Hulk: Attorney at Law” follows Jennifer Walters as she navigates the complicated life of a single, 30-something attorney who also happens to be a green 6-foot-7-inch superpowered hulk.