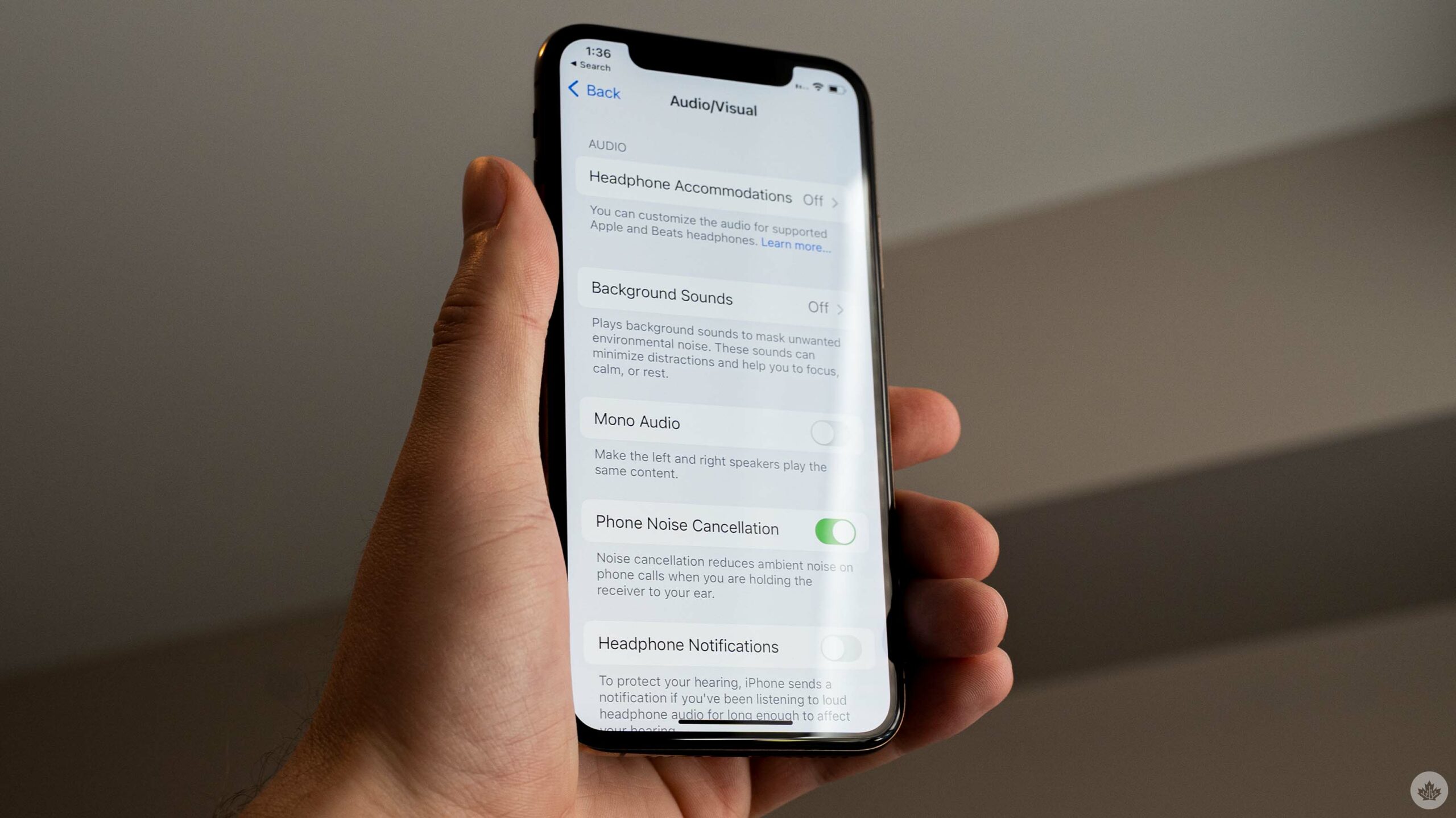 A growing number of iPhone 13 users have complained about the disappearance of the ‘Phone Noise Cancellation’ accessibility feature, which reduced ambient noise on phone calls when users help the receiver to their ear.

9to5Mac reported on the missing feature in December. Up till the iPhone 12, users could find and enable/disable the feature in Settings > Accessibility > Audio/Visual. On the iPhone 13, however, the feature wasn’t listed at all. Initially thought to be a bug, an Apple Support rep has now confirmed that the iPhone 13 models don’t support Phone Noise Cancellation:

“We have an update on this. Phone Noise Cancellation is not available on iPhone 13 models, which is why you do not see this option in Settings.”

The response came from a direct message thread between a 9to5Mac reader and Apple Support on Twitter. The reader told 9to5 that he’d worked with Apple and a senior advisor “for months,” eventually culminating with that message, confirmation that there’s no bug or software issue involved, and directions on how to file feedback about the feature.

It remains unclear why Apple decided to remove the feature. There’s a growing Reddit thread about the problem, but overall I haven’t seen a lot of discussion about it beyond that thread and the 9to5 article. Those who have issued complaints say that the removal of Phone Noise Cancellation has significantly reduced the quality of phone calls.

While I didn’t have an iPhone 13 to check, I do have an iPhone XS running iOS 15.2.1 and it still has Phone Noise Cancellation (as seen in the header photo). For iPhone 13 users, however, the only workaround so far seems to be using Control Center to activate ‘Voice Isolation’ when in a call.

Covid-19 Pandemic May Become an Endemic in 2022