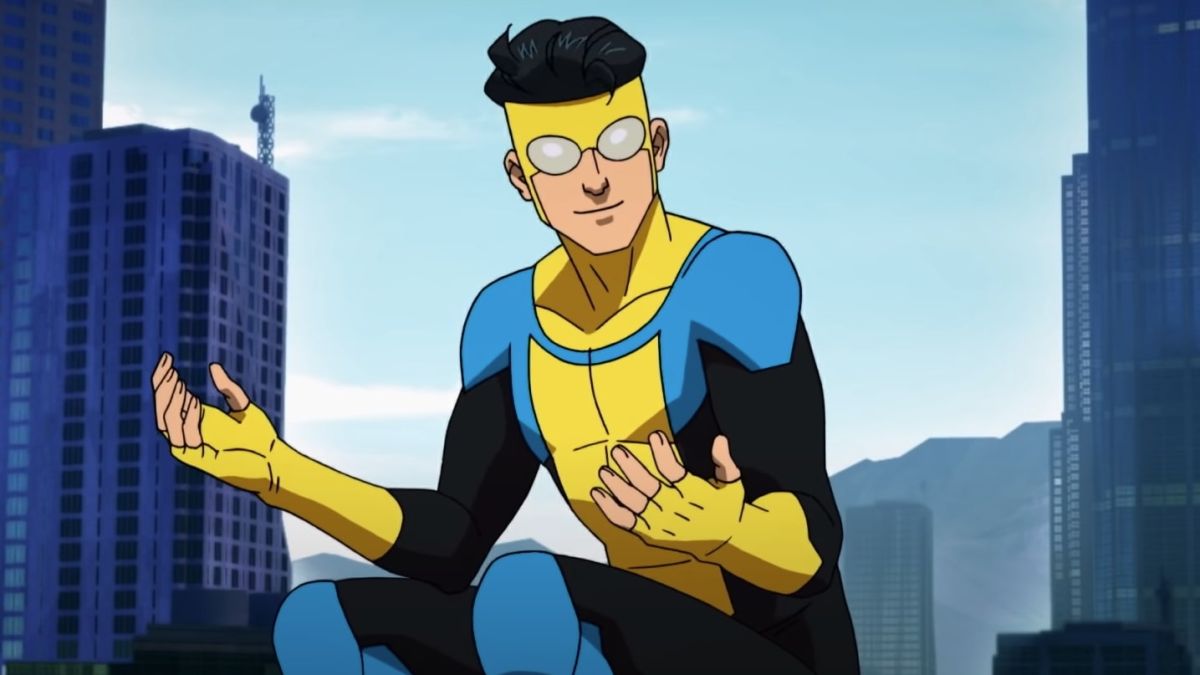 Revealed by Amazon Studios on Friday, January 20, the hugely popular Prime Video show will return to our screens in late 2023. The announcement comes two days before Invincible’s 20th anniversary, with the graphic novel series originally debuting on January 22, 2003.

Humorously, this isn’t your traditional TV show trailer. The teaser, which only stars Mark and Allen the Alien in a BM burger joint, spends most of its time poking fun at the, well, length of time it’s taken for season 2 news to arrive. If hearing Mark going on about the animation production pipeline doesn’t raise a smile (at least), then you’re watching the wrong show.

Impressively, Invincible season 2 seems to have received a glow up from its predecessor, too. The animation looks slicker, the colors pop more – overall, it seems to have its own, unique animation style that should help it stand out further from the crowd. In short: we can’t wait to see how it looks and flows in action.

To some, these announcements won’t come as a major surprise.

On January 19, Invincible’s social media team teased that a big reveal was imminent. Over on Twitter, a first-look season 2 image, which showed Mark and Allen enjoying some grub at the same BM burger joint, was revealed. The tweet that followed also told fans to keep an eye out for a huge announcement between 6 AM PT (that’s 9 AM ET and 2 PM GMT) and, for some bizarre reason, 10:43 AM PT (1:43 PM ET / 6:43 PM GMT).

Thankfully, at 9 AM PT / 2 PM ET / 5PM GMT, Amazon Studios revealed the first official details about Invincible season 2. Hopefully, it won’t be too long of a wait for a formal release date to be announced.

Tomorrow, start your day with a hot BM! pic.twitter.com/QgtuQ1bt9ZJanuary 19, 2023

Details about Invincible season 2 have been a long time coming. In January 2022, Steven Yeun – who voices Mark Grayson/Invincible – revealed he hadn’t started recording voice lines for the show’s next instalment. That changed in April 2022, though, when Yeun was finally filmed entering the recording booth.

Yeun only began laying down his work for season 2 last April, but Invincible’s second season has been in development for over two years. Speaking exclusively to TechRadar in March 2022, showrunner Simon Racioppa said the whole crew was “working hard” on seasons 2 and 3. Amazon renewed its hit series for two more seasons in May 2021.

There’s no word on whether Invincible – one of the best Prime Video shows – will get more entries. Given how popular its first outing was, and how eager fans are for its next two seasons, we’d expect Amazon to announce whether season 4 is in the works soon. Online rumors had been swirling that Invincible season 4 was already in development. However, in November 2022, TechRadar exclusively revealed that Amazon Studios hadn’t secretly renewed Invincible for a fourth season.

Where do your online shopping returns end up? In the trash, new research finds