Investing in crypto-assets? Read how to limit the risk of being exposed to fraud 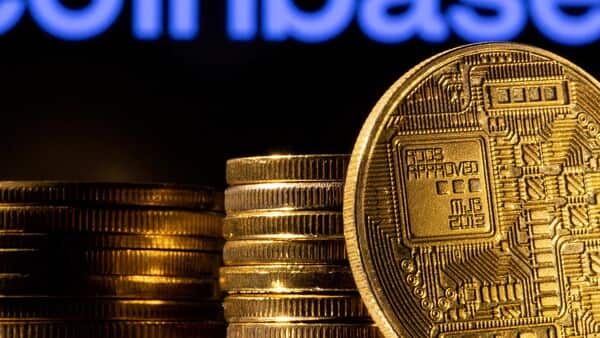 This news item struck a nerve in the cryptocurrency world. The BBC even devoted a podcast to it. And while this case was one of large-scale fraud, the fact remains that fraudulent schemes are frequent in the world of crypto-assets, which includes cryptocurrencies (such as Bitcoin) and non-fungible tokens (NFTs). Possession of these tokens grants investors rights that can take different forms (either access to a good — like a work of art — a service or something similar to owning a stock).

I have been interested in the study of fraud for many years, first in my professional practice as an auditor and forensic accountant, then as a researcher. I am primarily interested in the factors that lead to fraud, as well as the indicators and impacts of fraud. More recently, my interest has focused on fraud related to crypto-assets, since these new technologies carry new risks and limitations that both users/investors and regulators face.

An alarming amount of fraud

A 2018 report from a crypto-asset firm estimates that nearly 80 per cent of all initial coin offerings (ICOs) launched in 2017 — such as the issuance of new cryptocurrencies — were fraudulent. Of course, it is not possible to accurately measure the number of frauds that occur each year, not least of all because most are not reported to the relevant authorities. However, this alarming figure should still raise questions for potential investors about how to manage the risks they are taking.

It should be noted that crypto-assets are subject to little or no regulation around the world. Regulatory bodies such as Québec’s Autorité des marchés financiers and the Security and Exchange Commission in the United States, have been working on the subject for some time now, but regulation in certain areas is lagging. One reason for this is the decentralized and borderless nature of these investments, which makes the development and enforcement of laws and regulations particularly difficult.

Investing in crypto-assets falls under the purview of finance technology, commonly referred to as FinTech. The tools for investing in FinTech diverge significantly from those of traditional finance. Investors in FinTech are often driven by the search for quick gains, bordering on speculation.

The fact remains that signals of fraud — which have existed for a very long time in traditional finance, such as stock market investments — are also present in FinTech. One only has to think of promises of incredible returns, far beyond what regulated markets are generating. Or the pressure some financial product promoters place on investors to act quickly, which pushes investors to place their money without taking time to think through their decision.

This urgency is felt particularly by investors when a promoter plays on their fears of missing an incredible investment opportunity, thereby inciting them to put their money down quickly in order to beat others to the chase. A parallel could be drawn with promotions for products in stores that sell at cut-rate prices, while claiming that quantities are limited. However, in the case of investing, this often turns out to be a fraudulent scheme rather than an attractive opportunity.

The technological aspect of crypto-assets means that new indicators of fraud have emerged in its wake. Since these differ from what investors are used to hearing from those responsible for informing them about risks — including investment advisors — it is very important that investors pay close attention to the projects in which they are considering investing.

Indeed, the absence (or near absence) of regulation means that, for the time being, investors are solely responsible for protecting themselves against the fraudulent schemes that are rife in the industry. Some investment funds offer cryptocurrency exchange-traded funds. But the fact remains that these investments carry a risk of volatility.

As in the case of a traditional investment, the teams behind the ICO publish what is called a “white paper”. Similar to a prospectus for a public offering — when a company raises additional funds through a stock offering, for example — this document provides the potential investor with a wealth of information about the proposed project. Among other things, it explains how the project works and who the team is behind it.

However, the similarities with prospectuses end there because, unlike the latter, white papers are not regulated. An issuer can therefore show what it wants, and conversely, omit information that could prove useful to a potential investor.

It is important to note that for most projects, anyone can issue a white paper. But regulators strongly recommend that the entity in question be registered, not only to build confidence with potential investors, but more importantly, to ensure that the rules in place are being followed.

There are new signals of fraud that are unique to crypto-assets. We have seen white papers containing elements that contradict each other, incongruities or even errors in the name of a company behind a project. Some white papers are copied from other projects and quickly revised, leaving behind typos. It should be noted that as a general rule, an ICO is a unique project and a copy usually signals a fraudulent project.

Another indicator of potential fraud is a white paper in which certain passages are too complex to be easily read. This should prompt the potential investor to question the seriousness of the project. The primary purpose of a white paper is to inform an investor, so abstruse language should never be used for projects being presented as coherent.

What’s more, because of the technological complexity of the work involved, the team behind the project is especially essential to its success. So if the project documentation does not include a description of the team, whether in the white paper or on its web site, this absence should raise questions in an investor’s mind.

Encountering any of the signals of fraud discussed above does not necessarily mean that a project is fraudulent. However, recognising these signals will make an investor better equipped to manage the fraud-related investment risks that are particularly prevalent in the crypto-asset ecosystem.

Denial of responsibility! My droll is an automatic aggregator of the all world’s media. In each content, the hyperlink to the primary source is specified. All trademarks belong to their rightful owners, all materials to their authors. If you are the owner of the content and do not want us to publish your materials, please contact us by email – [email protected]. The content will be deleted within 24 hours.
bitcoincryptoassetscryptocurrencyfintech technologyinvestment in crypto
0
Share