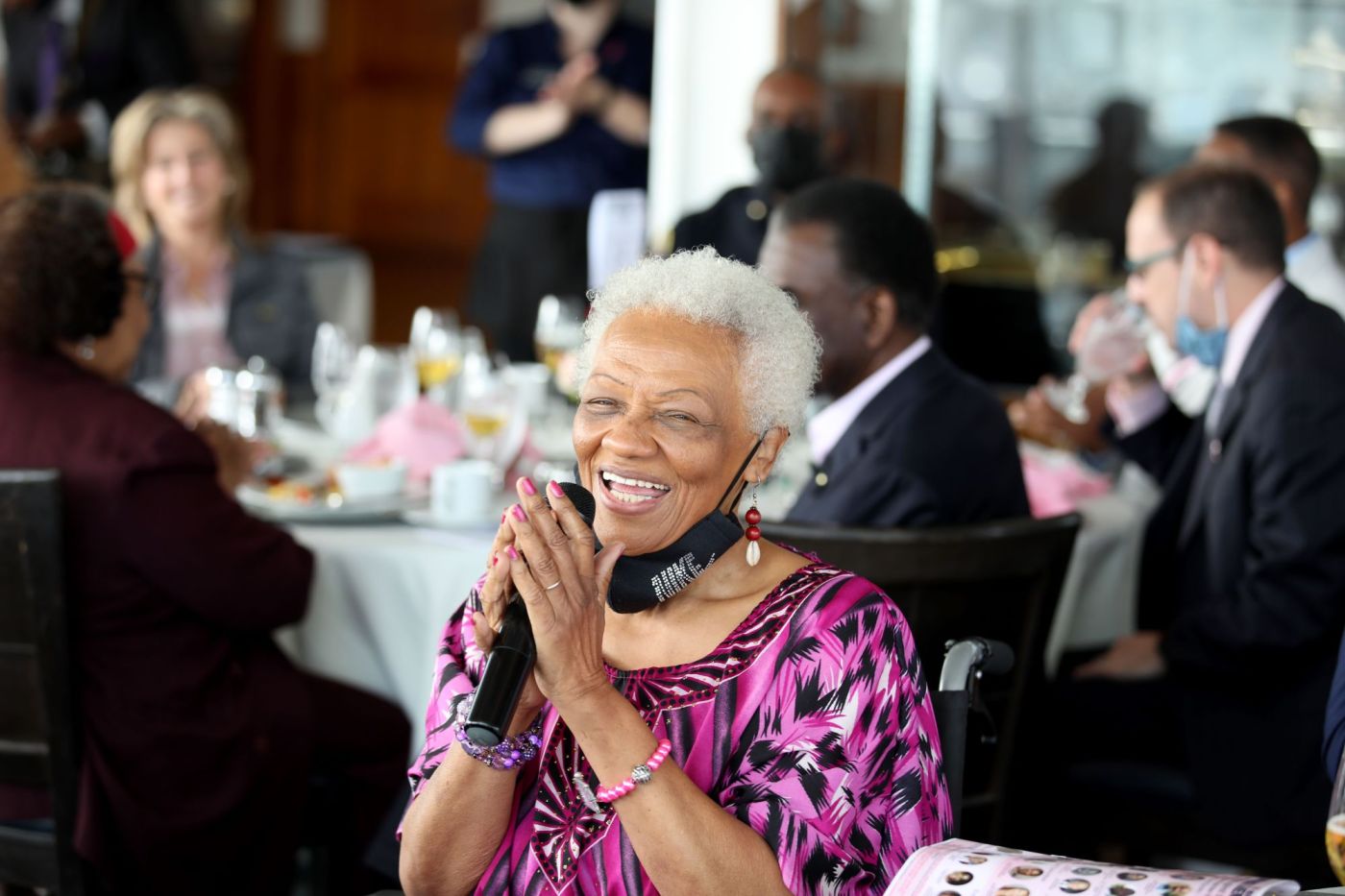 LOS ANGELES — A Leimert Park intersection was dedicated Saturday, Sept. 10, as Barbara Morrison Square in honor of the late, legendary jazz singer —coinciding with the anniversary of her birth and the inaugural edition of the Barbara Morrison Jazz & Blues Music Festival.

Councilwoman Heather Hutt, whose 10th District includes Leimert Park, Tim Morganfield, Morrison’s longtime partner, and members of Morrison’s family were on hand for the 10 a.m. ceremony at the intersection of 43rd Street and Degnan Boulevard.

According to the UCLA Herb Alpert School of Music, where she served as an adjunct professor of global jazz studies, she performed at Carnegie Hall, toured Europe with Ray Charles and sang at the North Sea, Bern and Playboy jazz festivals.

Born Sept. 10, 1949, in Ypsilanti, Michigan, Morrison began performing at age 10 in her native state. Over the course of her career appeared on more than 20 recordings.

She founded the Barbara Morrison Performing Arts Center in 2009 to bring music to the Leimert Park community. Morrison would often give free music and voice lessons to children and give them a chance to perform on stage.

She also founded the California Jazz & Blues Museum in Leimert Park in 2011.

Morrison died March 16 at age 72. She had been hospitalized in early March due to cardiovascular disease.

“The legacy and impact of the legendary Barbara Morrison presents several life lessons on the essence of resilience, namely the capacity to persist and to pursue vision in the face of hardship and adversity,” then-Councilman Herb Wesson said in his motion to dedicate the intersection in Morrison’s honor.

“She not only inspired many internationally through her music, but she also dedicated her life to uplifting the communities of Leimert Park and Greater Los Angeles.”