Inside the head of one of Australia’s smallest fossil crocs 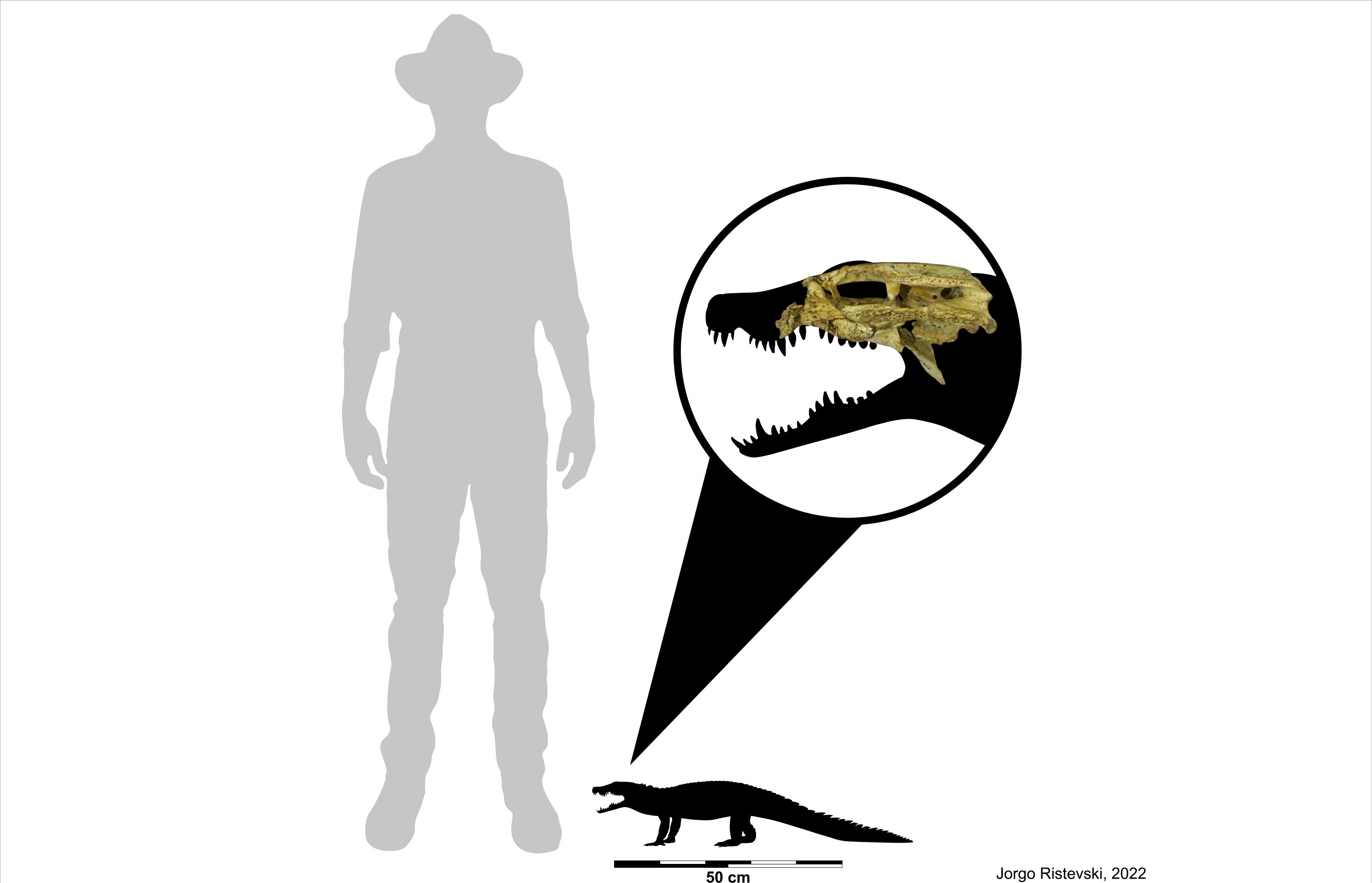 Approximately 13.5 million years ago, north-west Queensland was home to an unusual and particularly tiny species of crocodile and now scientists are unlocking its secrets. University of Queensland researchers have used state-of-the-art technology to reveal previously unknown details about the prehistoric Trilophosuchus rackhami’s anatomy.

Faculty of Science Ph.D. candidate, Jorgo Ristevski said it is the most detailed examination ever undertaken of the skull anatomy of an extinct croc from Australia.

“By micro-CT scanning the beautifully preserved skull, we were able to digitally separate each bone,” Mr. Ristevski said. “We estimated that at adulthood, Trilophosuchus rackhami would have been between 70 and 90 centimeters long and weigh one to two kilograms, which was very small compared to most present-day crocs.

“This was a truly unique looking croc, with a short snout and three distinct ridges on the top of its skull.”

Trilophosuchus rackhami means Rackham’s three-crested croc, which was named in 1993 in honor of Alan Rackham, who now manages the Riversleigh Fossil Discovery Center at Mt Isa.

Mr. Ristevski said paleoneurology, a field that studies the brain and nervous system of fossil species, can provide crucial insights into the animal’s evolution, morphology and even behavior.

Mr. Ristevski said the findings would be useful in interpreting the evolutionary relationships of extinct crocs, something that will be researched in the future.

Associate Professor Steve Salisbury said up until very recently, Australia had an amazing diversity of prehistoric crocs.”Trilophosuchus rackhami was certainly one of the cutest,” he said. “If we could travel back in time to north Queensland 13 million years ago, not only would you need to watch out for crocodiles at the water’s edge, but you’d also have to make sure you didn’t step on them in the forest.”

The research was published in The Anatomical Record and The Journal of Anatomy.

Provided by
University of Queensland

Citation:
Inside the head of one of Australia’s smallest fossil crocs (2022, August 29)
retrieved 29 August 2022
from https://phys.org/news/2022-08-australia-smallest-fossil-crocs.html