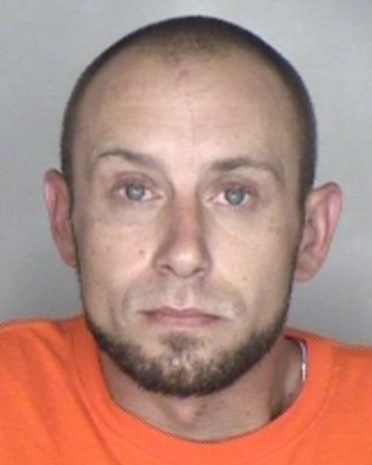 According to the Butte County Sheriff’s office, at about 6:20 p.m., correctional deputies discovered that an inmate, Miles Michael Kenneth Bondley, 34, had escaped.

BSCO said that it appears that Bondley escaped from a fully-enclosed, high-security exercise yard between 5:30 p.m. and 6:20 p.m. on Wednesday and that correctional staff is investigating how Bondley escaped the yard.

After his escape, deputies and other local law enforcement agencies were notified of the escape and immediately began searching for Bondley.

Butte County says that along with its deputies, officers from multiple law enforcement agencies are actively searching for Bondley.

Bondley is white, 5’10 / 170 lbs, with green eyes and brown hair. Bondley has tattoos, including the name “Linda” on the right side of his neck and numerous tattoos on both lower arms. According to the sheriff’s office, Bondley has a history in numerous areas of Butte County, including Oroville, Chico, Magalia and Paradise.

Bondley should be considered dangerous. Anyone who believes they have seen Bondley should not approach him and should immediately call 9-1-1. Anyone with further information on Bondley’s whereabouts should call BCSO at (530) 538-7322.