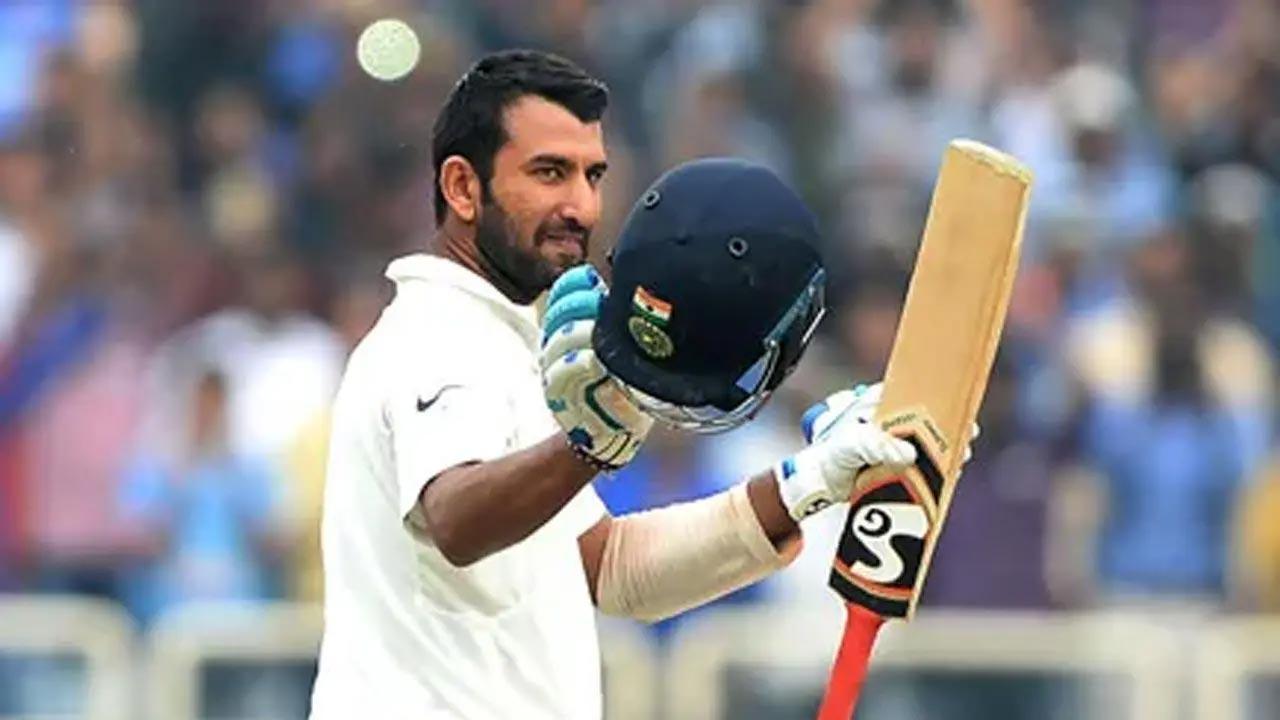 India star batter Cheteshwar Pujara received his Arjuna award trophy from Anurag Thakur belatedly on Saturday that he was awarded in 2017.

The batsman had been recommended by the BCCI for the prestigious award in 2017 but could not collect it at the time as he was busy playing for his English county team.

Pujara shared a message after receiving the award from the Union Minister and thanked the minister, BCCI for handing over the trophy to him.

“Thankful to @IndiaSports, @BCCI and @ianuragthakur to organise and handover the Arjuna Award belatedly, which I could not collect the year it was awarded to me due to my cricket commitments. Honoured and grateful,” tweeted the batter.

Pujara was the centrepiece of India`s 13-Test home season in 2017, which they swept, scoring 1316 runs, the highest-ever aggregate for an Indian batsman in a single Test season.

Earlier, Pujara extended his contract with England`s county club Sussex for the 2023 season.

After joining Sussex last year Pujara made an enormous impact on the south coast side, scoring over 1000 County Championship runs, including a record-breaking three double centuries and finishing the season with an average of 109.4.

His outstanding form continued into the 50-over Royal London Cup where he captained the side in the absence of the injured Tom Haines, leading the team to the semi-finals of the competition.

The Indian batter last played a test for India against England at Birmingham where he cored 13 and 66 runs in the first and second innings respectively.

Collection of love letters written by Dylan sold for $670K

Negotiating with Moscow would be capitulation, Ukraine adviser says