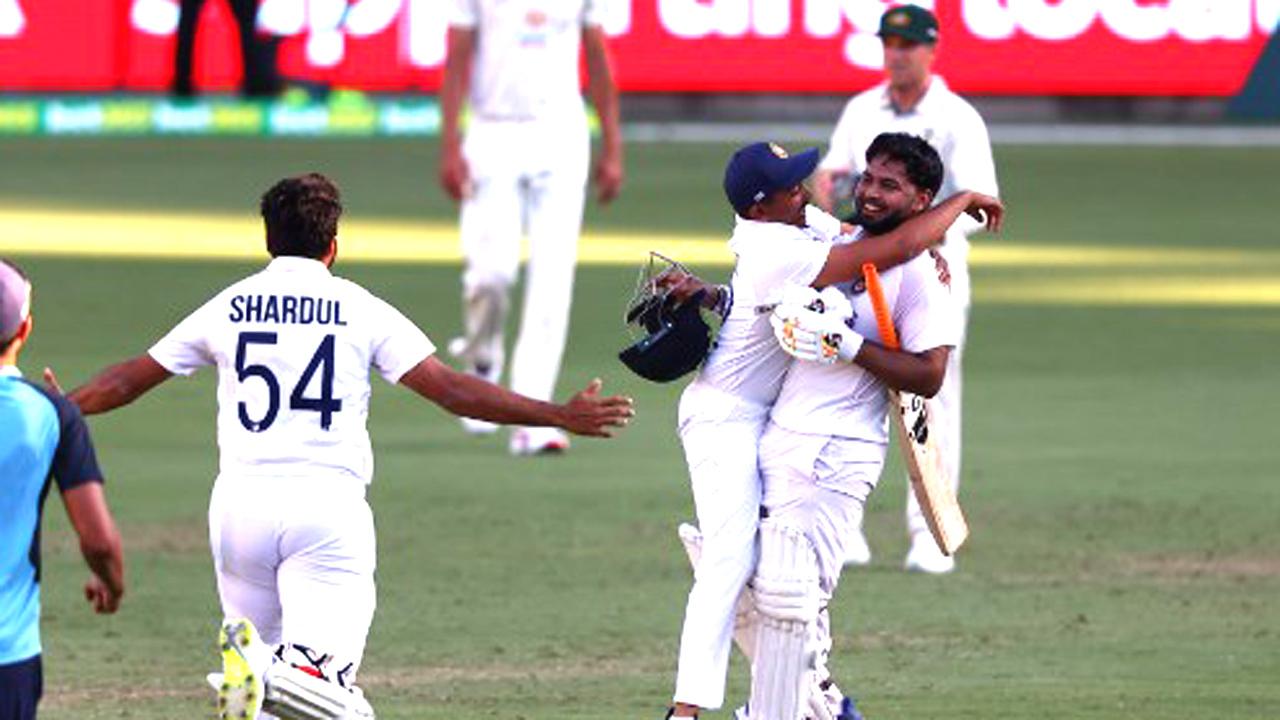 Team India batsman Rishabh Pant, Cheteshwar Pujara and Shubman Gill put on brilliant performances to help India defeat Australia by 3 wickets in the fourth and final Test at the Gabba in Brisbane today. With this win, the Ajinkya Rahane-led team won the series 2-1.
Rishabh Pant went on to smash 9 boundaries and a six in his innings of 89 not out at a strike rate of 64.49.
En route his 89, Rishabh Pant also set the record as the quickest wicket-keeper to score 1,000 runs in Tests, breaking former Test captain MS Dhoni`s record.
Opener Shubman Gill gave India the perfect start and scored 91 runs off 146 deliveries with 8 boundaries and 2 sixes. Test specialist, Cheteshwar Pujara battled it out with Aussie bowlers during his hard-fought 56 off 211 deliveries which had 7 boundaries.
At the end of the second session in which 100 runs were scored in 25 overs, the match was nicely placed as India need 145 more to register what would be an incredible win while the hosts need seven wickets to seal the four-match series.
Earlier, resuming the session at 83/1, talented opener Shubman Gill continued to play positively and alongside Pujara, collected runs at a brisk rate. The 21-year-old, who looked reasonably comfortable against the Australian pace attack which resorted to short-pitched stuff, looked all set for what would have been a well-deserved century before he got caught in slips by Steve Smith against Nathan Lyon at his individual score of 91.
Skipper Ajinkya Rahane, who came in next, looked positive right from the word go and shared a quick 35-run stand with Pujara.
Rahane, after contributing with 24 off just 22 balls to India`s total, however, got out caught behind against Pat Cummins.
Earlier, in the morning session, India lost the wicket of Rohit Sharma (7) but scored 79 runs as Gill and Pujara didn`t allow Australia to make inroads into the Indian batting line-up.
India had scored 336 in their first innings in reply to Australia`s 369. The visitors then bowled out Australia for 294 in their second innings, thus setting themselves a target of 328.
Inputs from IANS