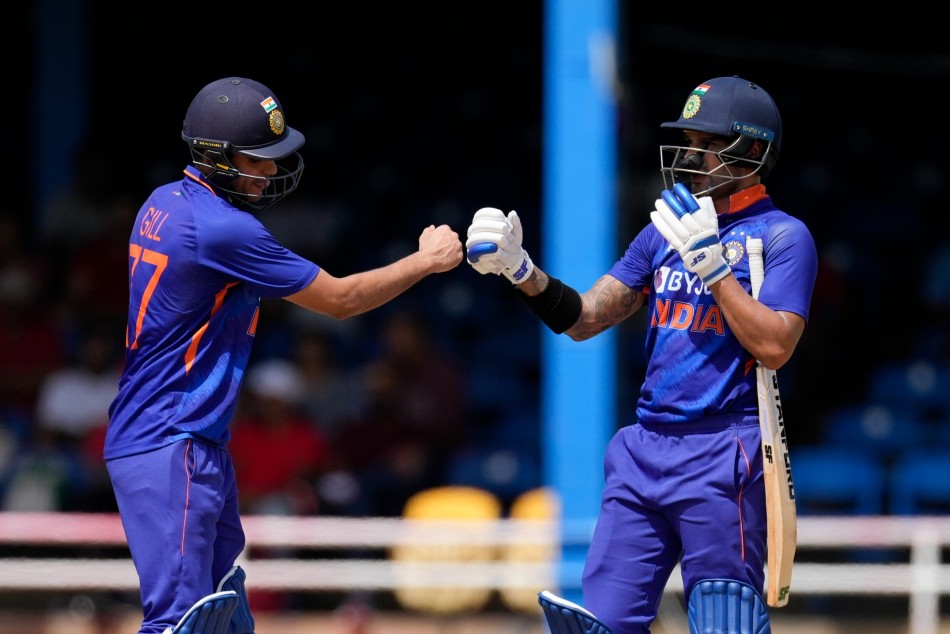 Put in to bat first, the Men in Blue started the proceedings with the bat on a dominant note as the new opening pair of Shubman Gill and Shikhar Dhawan shared a stand of 117 runs.

Gill notched up his ODI career’s maiden half-century and played some excellent strokes in his stay into the middle. The right-handed batter never looked troubled by West Indies bowlers. Just when it seemed he could convert the fifty into a century, Gill was involved in a mix-up with his opening partner, and a direct hit from Windies captain Nicholas Pooran towards the non-striker’s end proved fatal. Gill was dismissed for 64.

Shreyas Iyer walked into the middle at number three and started his innings cautiously and took a lot of time to settle down. Dhawan – who was batting in full flow – kept scoring well. After spending some time in the middle, Iyer started scoring freely and notched up his tenth ODI fifty.

Dhawan went on slamming his 36th ODI half-century and looked poised to slam his 18th ODI hundred but the left-handed batsman’s knock came to an end for 97 when Shamarh Brooks took a fine catch at point to end the skipper’s knock. India’s scorecard at that time read 213 for two in 33 overs.

Iyer was also dismissed for 54 off 57, courtesy of a stunning one-handed catch by Pooran and Gudakesh Motie got the wicket of dangerous-looking Mumbaikar.

After Iyer’s departure, the Indian middle-order failed to score runs at a brisk pace and West Indies bowlers made a strong comeback in the last 15 overs. Suryakumar Yadav (13), Sanju Samson (12), and Deepak Hooda (27) struggled to score runs freely, and eventually, the visitors could only post 308 for 7 in the stipulated 50 overs.

Axar Patel’s 21-ball 21 and Shardul Thakur’s 7* off 5 ensured the Indians cross the 300-run mark. At one stage, it looked like the visitors could easily manage 350-360 but credit goes to the WI bowlers for pulling things back strongly.

Alzarri Joseph (2/61), Motie (2/54) were the pick of the bowlers for West Indies but Romario Shepherd (7-0-43-1) and Jayden Seales (9-1-54-0) should be credited for helping the hosts prevent the Indian middle-order batters from scoring freely.

What Doctors Wish Patients Knew About Their Work