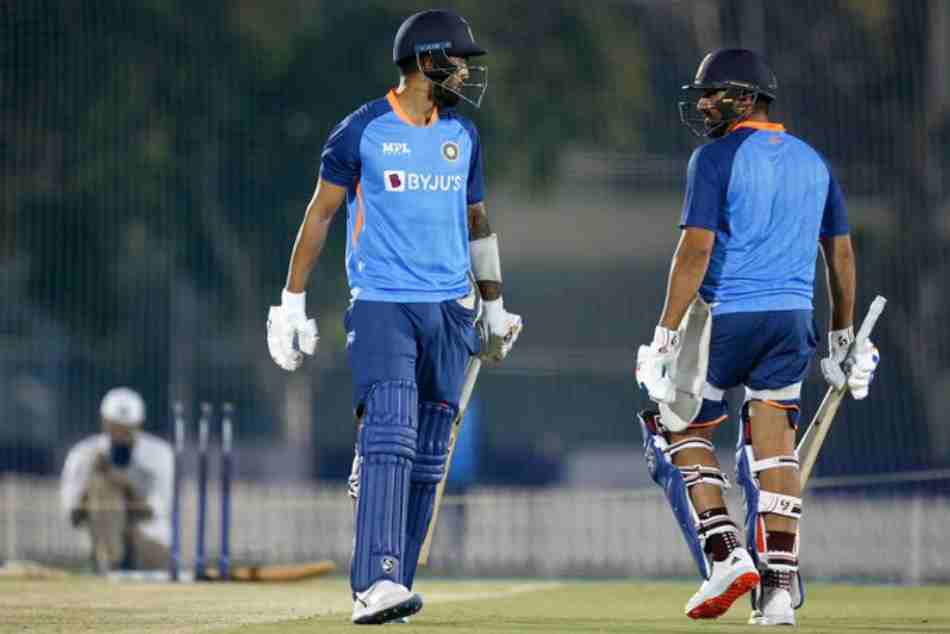 So far, both sides have locked horns on nine occasions in T20I matches. India has an edge overall, with wins in seven matches out of these. Pakistan has won only two.

But the last time these two met was during the ICC T20 World Cup 2021, India suffered a humiliating ten-wicket defeat.

But knocks from Mohammed Rizwan (79 not out) and Pakistani skipper Babar Azam (68 not out) meant that Men in Blue succumbed to a shocking defeat.

India will be looking forward to putting up a big fight this time around. They have been in fantastic form as of late, having defeated England and West Indies in their respective territories in ODI and T20I series.

They are also the number one side in T20Is. For this, it will be extremely vital for skipper Rohit Sharma, star batters Virat Kohli and KL Rahul to be at peak of their powers and showcase the brutality with their willow that has earned them millions of fans.

All eyes will be on Rohit and Virat to regain their best form and play a match-winning knock. India’s middle order has been seeing a rise of new stars.

Suryakumar Yadav and Deepak Hooda are two exciting strikers who can attack from ball one. These two hitters have their chance to etch their names in history in this match against their arch-rivals.

The Experienced middle-order batters/all-rounders like Hardik Pandya and Rishabh Pant will also be looking forward to carrying on the fine form they are in.

The Indian bowling attack has a lot of depth. In absence of lead pacer Jasprit Bumrah, all eyes will be on Bhuvneshwar Kumar to lead the attack. He has been superb for India in T20Is this year, especially during power plays, a phase in which India will look up to him for early strikes.

Youngsters Arshdeep Singh and Avesh Khan will have their chance to make an impact as well. In the spin department, veterans Ravichandran Ashwin and Ravindra Jadeja will be leading the attack.

They along with Yuzvnedra Chahal and youngster Ravi Bishnoi will have to complement the pace attack well and bamboozle Pakistanis with their deliveries.

Coming to Pakistan, they are the third-ranked side in ICC T20I rankings and are not to be taken lightly. Their top order has two in-form batters in Babar Azam and Mohammed Rizwan.

These two are Pakistan’s best as far as T20Is are concerned but the side has to make sure that they are not reliable just on them and collapse if these two underwhelm with the bat.

Other batters/all-rounders like Fakhar Zaman, Asif Ali, Haider Ali etc will have to contribute with the bat with the same energy and efficiency as their top batters if they are to pose a big challenge to the Men in Blue.

In absence of left-arm pacer Shaheen Afridi, Pakistani pace attack has taken a big dent. Yet another pacer Mohammed Wasim was also ruled out due to injury on Friday (August 26).

Injuries have put pressure on young pacers like Naseem Shah, Haris Rauf. Veteran Hasan Ali is also back in the mix.

Mohammed Hasnain has also been brought to the squad as a replacement for Shaheen. Pakistan, reputed over the years of producing some of the finest bowlers ever, has its chance to give a proof of its pace greatness here in absence of its leader.

Spinners Usman Qadir will also have to deliver something really brilliant to trap the world-class Indian batting lineup. Irrespective of what the result is, fans are guaranteed a high-voltage cricket clash between these two Asian giants and they will surely be glued to their TV sets.

Indian and Pakistan flags and jersey colours all over the stadium will decorate the stands and the sounds of national anthems, Bollywood songs, fans chanting will ring through Dubai and will create an environment fitting for a clash as big as this one.

So, here is the squad details and telecast info of India vs Pakistan match.