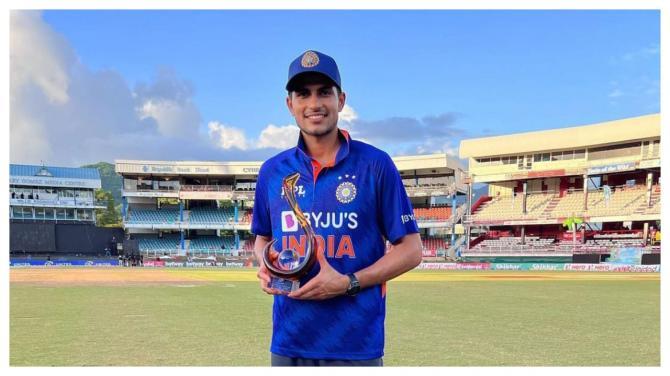 In the India T20I set-up for the first time, opener Shubman Gill stated that his goal is to play less dot balls and keep himself ticking by rotating the strike or hitting boundaries. Gill had been in terrific form for India in ODIs since July, hitting three fifties and a century in nine innings.

With first-choice top-order of captain Rohit Sharma, Virat Kohli and KL Rahul rested, the three-match T20I series against New Zealand gives Gill a chance to make his debut for India and get himself in reckoning for consistent selection in future.

“It`s not about me thinking of fours or sixes. It`s always about me trying to be positive and looking to score, rather than I want to hit a six, especially as an opener the intent is always to look for runs, whether it be singles, doubles.

“Personally, I want to play less dot balls and be able to keep ticking with singles, doubles, fours, sixes rather than playing dot balls and then hitting boundaries. That`s what I am trying to do. It`s more about you being able to wait for the ball and the swing in the line of the ball, rather than swinging hard at the ball for me. Hopefully, there will be a game tonight,” said Gill in a chat with broadcasters.

“I have been able to execute a few things that I have been working on. It always feels good when you are trying to execute what you have been doing in practice sessions. Personally, I`ve always felt that hitting sixes isn`t about power; it`s about more timing and being able to meeting the ball in certain areas. So, for me, it`s all about where I am meeting the ball. If I know I get that right, I am able to hit sixes,” he added.

Gill, who won the Player of the Tournament award in India`s triumphant 2018 U19 World Cup campaign in New Zealand, made his ODI debut in the country a year later. The prospect of touring New Zealand is something which makes the right-handed batter elated.

“I came here for the first time when we played the U-19 World Cup. I made my international debut (in ODIs) here in 2019. Always nice to come back here. I have some really fond memories coming back to New Zealand and to visit cities I have been here previously, feels nice. Whenever I hear that there will be a tour of New Zealand, it brings a smile to my face.”