In first, SpaceX to send all-civilian crew into Earth orbit 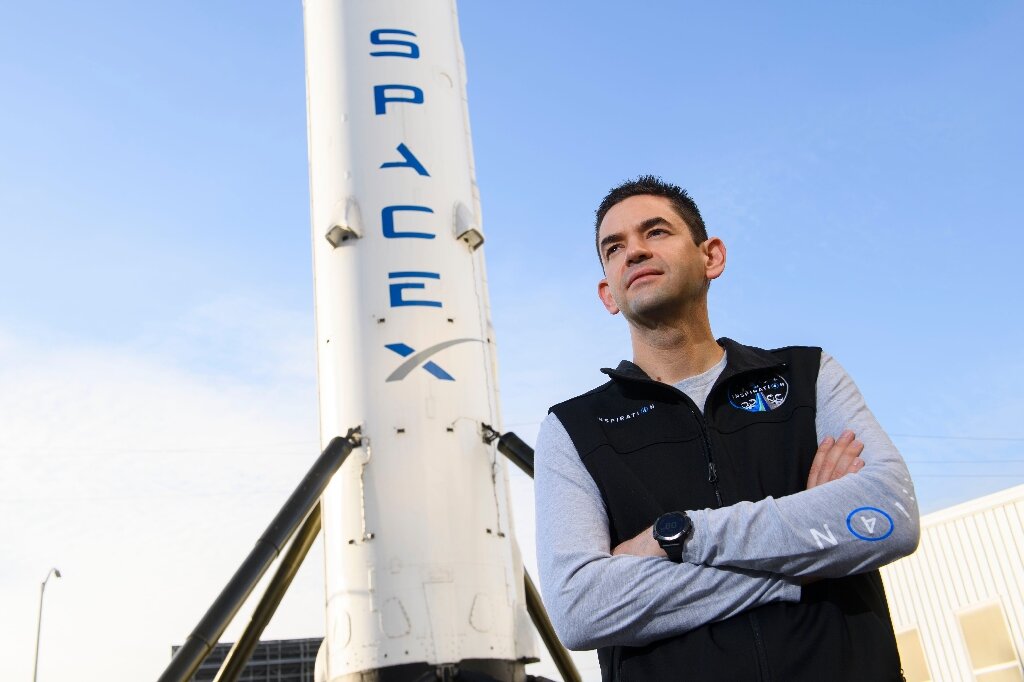 Can four people who’ve never been to space before spend three days spinning around Earth after only a few months of training?

That’s the challenge SpaceX has set for itself when it launches its first tourism mission on Wednesday, the first time a crew of exclusively private citizens will orbit our planet.

A Falcon 9 rocket, with a Dragon capsule at its top, will blast off from the legendary launch complex 39A at NASA’s Kennedy Center in Florida, from where the Apollo 11 mission took off for the Moon.

The spaceship’s trajectory will take it to an altitude of 575 kilometers (357 miles), deeper into space than the International Space Station (ISS).

At the end of their journey, the four Americans will splash down off the coast of Florida, their descent slowed down by huge parachutes.

The mission was paid for by Jared Isaacman, a 38-year-old high school dropout and founder of Shift4 Payments.

SpaceX hasn’t disclosed what it cost him, but the price tag runs into tens of millions of dollars.

“We understand how lucky and fortunate we are,” Isaacman told a press briefing Tuesday.

For the trip, Isaacman is bringing along three others selected through a competition.

Hayley Arceneaux, a pediatric cancer survivor, is a 29-year-old physician assistant. She will be the youngest American to go into orbit and the first person with a prosthesis, on a part of her femur.

Chris Sembroski, 42, is a former US Air Force employee who now works in the aviation industry.

Sian Proctor, a 51-year-old geology professor, was almost selected to become an astronaut for NASA in 2009.

She will be only the fourth African American woman to go to space.

The stated goal: to represent a turning point in the democratization of space, by proving that the cosmos is accessible to people who have not been handpicked and trained for many years as astronauts.

For SpaceX, this is nothing less than a first step towards a multi-planetary humanity—Elon Musk’s ultimate vision.

On board, their biological data (including their heart rate, sleep), as well as their cognitive capacities, will be analyzed.

They will also undergo tests before and after the trip, to measure its effect on their bodies. Their training only lasted about six months.

The flight should remain fully automated, but the crew has been trained by SpaceX to be able to take control in the event of an emergency.

They were also put through their paces physically.

Together, they trekked through the snow to summit Mount Rainier, which stands 14,411-foot-tall (3000 meters) in the country’s northwest.

As well as serving as a vehicle for SpaceX’s ambitions, the mission aims to raise $200 million for St Jude’s Children’s Research Hospital, a leading facility in Memphis.

Arceneaux was treated there as a child, and now works there.

The crew will take with them various objects—a ukulele, 30 kilograms of hops intended to brew space beer, several non-fungible tokens—that will be auctioned off for this cause.

The space adventure caps a summer marked by the battle of the billionaires Richard Branson and Jeff Bezos to reach the final frontier.

The Virgin Galactic founder achieved the feat first, on July 11, and was followed by the Blue Origin boss nine days later.

But these flights only offered a few minutes of weightlessness. SpaceX’s mission is far more ambitious.

This will be the fourth crewed mission for SpaceX, having now sent 10 astronauts to the ISS.

The company is already working on future tourism missions, including one in January 2022 to the ISS.