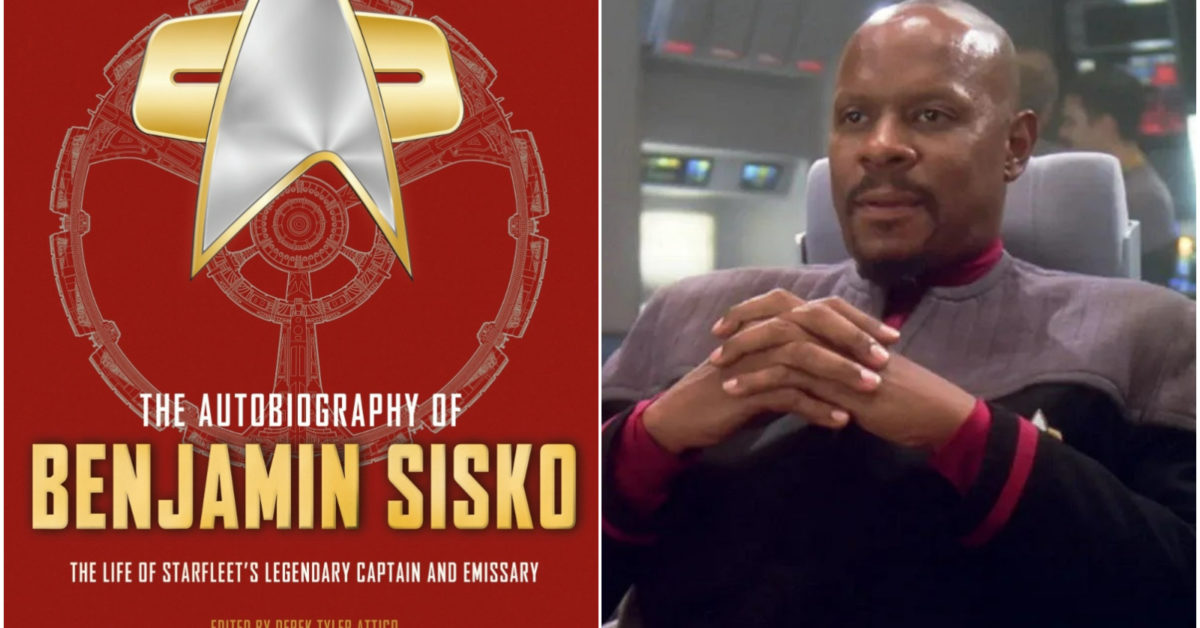 With this year marking the 30th anniversary of Star Trek: Deep Space Nine, it seems only right that Titan Books would release the fifth volume of its in-universe “autobiography” line focusing on Starfleet Captain & Bajor’s Emissary of the Prophets, Benjamin Sisko (played by Avery Brooks in the beloved series). “Edited” (“written by” in our world) by Derek Tyler Attico, The Autobiography of Benjamin Sisko offers the celebrated figure in “Star Trek” lore the opportunity to tell his story… from his perspective. Set to be released later in 2023, “Benjamin Sisko” follows previous “autobiographies” focusing on James T. Kirk (2015), Jean-Luc Picard (2017), Kathryn Janeway (2020), and Mr. Spock (2021).

Written by sci-fi author, essayist & photographer Attico, The Autobiography of Benjamin Sisko finds Sisko sharing his personal thoughts & feelings on a number of important milestones in his life. From his rise through Starfleet’s ranks and his impactful work designing the Defiant class to his crucial role during the Dominion War and his standing as his adopted planet’s religious leader, Sisko’s life is a story that fans only thought they knew… until now. Here’s a look at what Attico had to say via Twitter once the news was announced, followed by a look at the official overview from Titan Books:

Discover the hidden history of his childhood and early career in Starfleet, and the innermost thoughts of the man who discovered the Gamma Quadrant, made first contact with the wormhole aliens, and united Starfleet, Klingon, and Romulan forces to defeat the Dominion Empire. See Sisko’s personal take on his confidants, Lieutenant Dax and Major Kira Nerys, the enigmatic Garak, and his adversaries, Gul Dukat and Kai Winn, as well as his fatherly advice for his son Jake. From the pages of Anselm to the writings of Benny Russell, from father to son, Sisko’s story is a unique phenomenon in Starfleet and human history, told in the unique way only he can.

Titan Books’ The Autobiography of Benjamin Sisko will be available later this year; stay tuned for info on pre-ordering.

The Callisto Protocol gets New Game+ in latest update – Destructoid