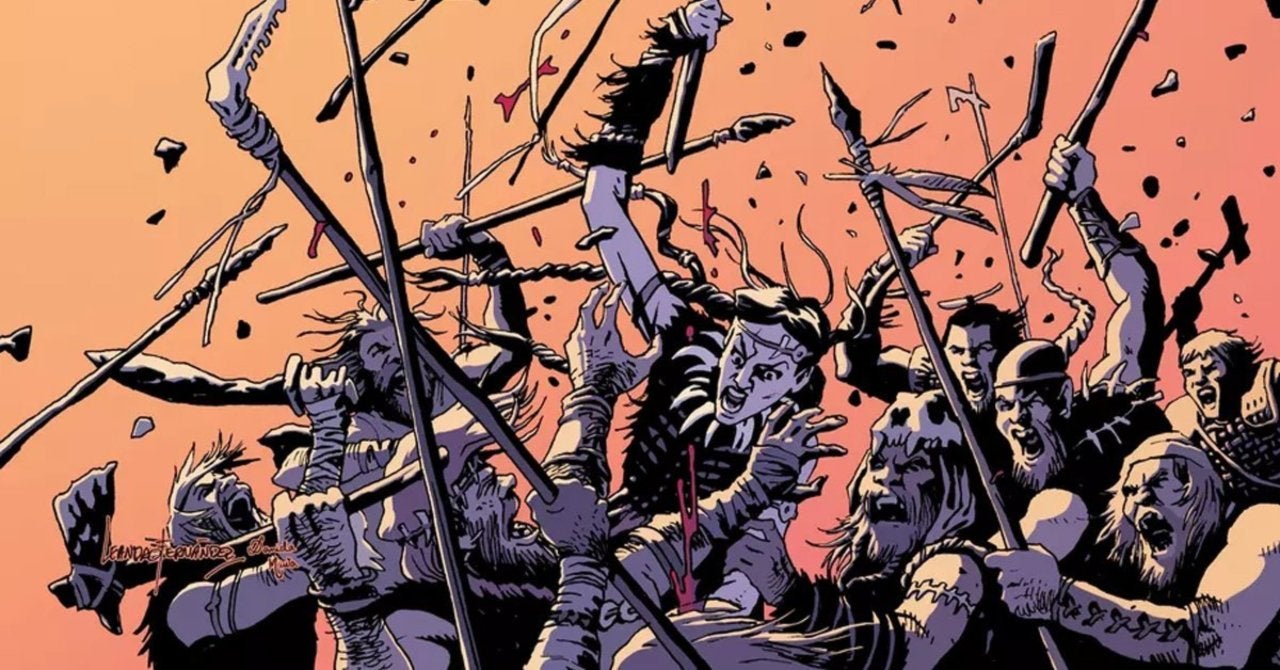 Comics fans have long been interested in the ambitious worlds of The Old Guard, with the time-traveling adventures being adapted in a film for Netflix, only earning the franchise even more attention. Luckily, Image Comics confirmed it would be releasing an all-new mini-series, The Old Guard: Tales Through Time, which will chronicle the adventures of the warriors at different points in history, per Polygon. In addition to series creators Greg Rucka and Leandro Fernandez returning to contribute to the mini-series, the project has also enlisted a number of other impressive names, including Brian Michael Bendis, Kelly Sue DeConnick, and Matt Fraction. The Old Guard: Tales Through Time debuts in April.

“I love Greg,” Bendis shared with the outlet. “I love his worlds. His writing. His spirit. I have watched him build these amazing worlds with good-hearted envy. And now to be a tiny part of one, even for a few pages, is a huge honor.”

While both the original comic series and Netflix film featured flashbacks to our main characters at different points in time, this mini-series aims to explore the ways in which The Old Guard connect to important parts of history.

“The world of The Old Guard, especially when viewed through the specific lens of this kind of anthology, gives us all the chance to tell stories about these more-than-human characters throughout the totality of human history,” Fraction explained. “If what’s past is prologue, any story about where we’ve come from is ultimately a story about where we’re going. And I think these characters, in the specific, radiate out from a core of humanism: if dying doesn’t matter, then all that matters is how we live.”

As far as whether we could get a sequel film is yet to officially be confirmed, though star Charlize Theron has shared her support of the idea, while the film itself included a tease about what the future could hold for the franchise.

The Old Guard: Tales Through Time debuts in April.

Are you looking forward to the series? Let us know in the comments below!