“If you have the chance to sign one of them” 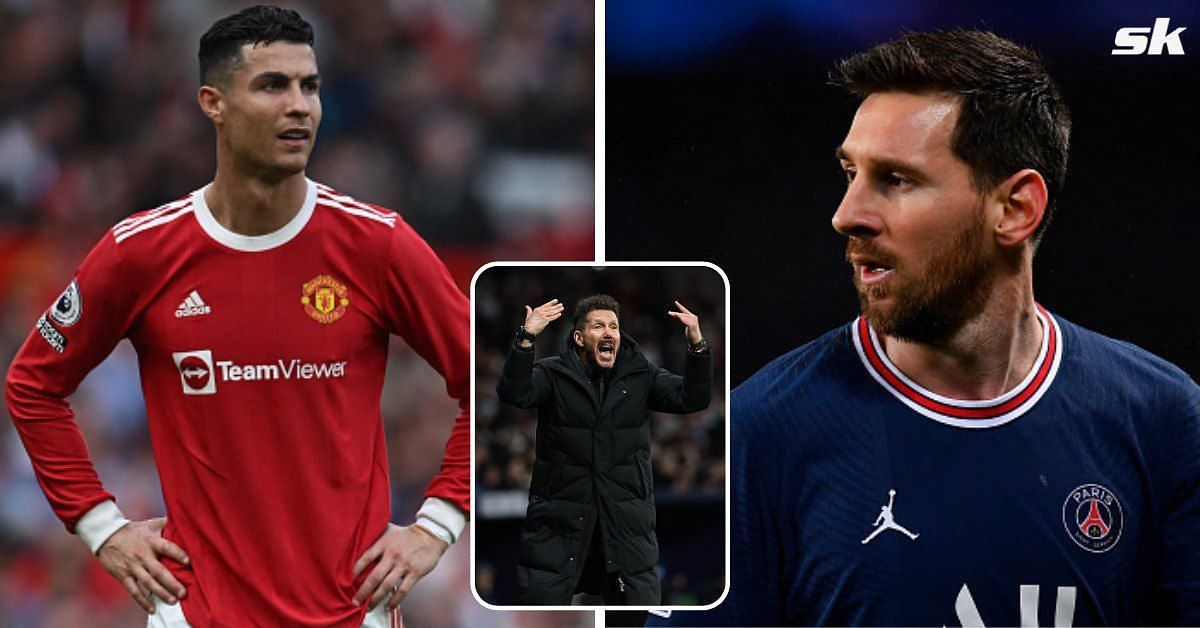 In a 2018 interview, Atletico Madrid manager Diego Simeone admitted that he would sign Lionel Messi over Cristiano Ronaldo for his team. The Argentine manager claimed that his compatriot was a better player when surrounded by “great players,” while the Portuguese would fit in better in a team with “normal players”.

Ronaldo and Messi have dominated the sport for the last decade-and-a-half, sharing a whopping 12 Ballons d’Or between them. Both superstars were at their very best in La Liga, scoring a mind-numbing 785 goals in the Spanish top flight. Simeone’s Atletico Madrid were on the receiving end of the forwards’ madness more than once, with Los Rojiblancos conceding 32 goals to Messi and 25 goals to Ronaldo across competitions.

On this day in 2006, Lionel Messi played his first ever match at a FIFA World Cup. He was brought on as a substitute and with 15 minutes left, scored and assisted for Argentina.

On this day in 2006, Lionel Messi played his first ever match at a FIFA World Cup. He was brought on as a substitute and with 15 minutes left, scored and assisted for Argentina. 🇦🇷https://t.co/bSgesH5Z2h

Having seen the duo from close quarters, the Atletico manager has a fair amount of knowledge about their strengths and weaknesses. In a 2018 interview, the coach was asked to put his knowledge to good use and pick one superstar out of the two. Here’s what he had to say (via GiveMeSport):

“If I had to choose between Messi and Ronaldo then most likely I would choose Messi.”

He also provided an in-depth explanation of his selection.

“If you have the chance to sign one of them for a normal club, with normal players, Ronaldo would probably fit in better. But with Messi, surrounded by great players, Messi is better than Ronaldo.”

Although both Ronaldo (37) and Messi (34) are on the wrong side of 30, they strive to be up there with the very best, vying for every individual and collective honor. The 2021-22 season was not kind to either Ronaldo or Messi, for one reason or another.

While the Portugal skipper scored 24 goals (across competitions) for Manchester United, he finished the season without a trophy for the first time in over a decade. The seven-time Ballon d’Or winner, on the other hand, won the Ligue 1 title with PSG but scored only 11 goals across competitions.

On this day in 2018, Cristiano Ronaldo scored an iconic hat trick vs. Spain.

His third was the definition of clutch

On this day in 2018, Cristiano Ronaldo scored an iconic hat trick vs. Spain.His third was the definition of clutch 🎯 (via @FIFAWorldCup)https://t.co/ZSQGKQtkGe

Ronaldo will look to maintain his fine goalscoring run next season but could find it difficult to enjoy as much game time in Erik ten Hag’s new system. For him, it will be about adopting a new footballing philosophy and hopefully adding to his trophy cabinet.

Messi, on the other hand, will try to rediscover his devastating goalscoring form and make a more tangible impact on the pitch for Paris, especially in the Champions League. PSG need their superstars to fire on all cylinders to bag their first UCL, and the No. 30 must be the one to lead by example.

Also Read: “He’s a once in a lifetime player” – When Ryan Giggs weighed in on Cristiano Ronaldo vs Lionel Messi debate

Same-Sex Couple Wants Kids to Be Proud of Unconventional Families