I Thought I Was an Overbearing Parent. I Wasn’t Even Close.

I was 31 when I got married for the first time, 33 when my first child was born. By then, I’d worked for almost 10 years as a journalist. I’d published two novels. I’d traveled, and had my heart broken. I wasn’t young, nor was I unprepared for pregnancy. I read every book about labor and delivery and how to ensure your child got the very best possible start in the world (No drugs during labor! No epidurals! Breast milk only and absolutely no C-sections!).

I thought I was ready.

I was very, very wrong.

From the moment my older daughter entered the world (two weeks late, after 36 hours of unproductive but extremely painful labor and eventually, an emergency C-section), it was clear that motherhood was going to challenge me in ways I could never have imagined. As my children grew, I spent years looking at other mothers on the playground or in Mommy and Me Yoga or at the Little Peoples’ Music class, thinking that every single one of them was doing a better job than I was.

All of them, it seemed, had a deep and intuitive understanding of their children, which left me feeling like there was some chip or software download I should have received and didn’t. Other mothers breast-fed successfully. Their babies didn’t scream inconsolably at naptime and they probably didn’t end up crying right alongside their babies when it happened.

As my firstborn got older, I got more confident. By the time I had my second daughter, four and a half years later, I was feeling better about my skills. I might not have been the best mother, I reasoned, but we’d all come out alive.

When my daughter went to college, I felt newly insecure

But last summer, when my older daughter went off to college, all of the comparisons, the guilt and the what’s wrong with me feelings came back.

I watched on Facebook as friends and new social-media acquaintances wept and lamented about dropping their kids off at the dorms. The house is so empty; they wrote, or, I haven’t stopped crying.

Maybe it’s because I have a daughter still at home, or that I have a job I love, so my entire identity isn’t tied up in being a mother. Maybe it’s because my college-student daughter isn’t that far away, or that she’s had such a wonderful experience so far and that she was completely ready to go.

But for whatever reason, I didn’t cry when she left. I didn’t grieve when I walked past her empty bedroom. And I couldn’t stop trying to figure out why I wasn’t feeling more, or what was wrong with me.

My own upbringing may have prepared me to let go

This is probably where I should explain a little bit about how I grew up. I’m the oldest of four. I was born in the 1970s, when standards were decidedly more lax. And, even by those standards, my own mother was at the less-involved end of the spectrum, employing a strategy she’d cheerfully describe as benign neglect. She was a feminist. She worked full time. She believed in letting my three siblings and me fall down, and fail and do things on our own in ways that I’m pretty sure would get you judged, if not arrested, in these more enlightened times.

By kindergarten, I was walking myself home from school. By sixth grade, I rode my bike to and from soccer practices. I got my first summer job when I was 14, picking strawberries on a local farm, and, when I got internships in college, I figured out how to travel to new cities, where I’d stay and how to pay for it all. And if, sometimes, I wished I had more of a safety net, I was usually confident moving through the world.

When I became a mother, it was as part of a generation that turned parent from a noun to a verb. Having kids wasn’t just something that happened, it was something that required every bit of your energy and your intention. Thus, I did a lot more reading, and preparing, and worrying, and hovering than my mother before me. I made sure my daughters had organic food and scoured nutrition labels for corn syrup and hydrogenated oils. I sliced grapes into easily chewable slivers and strapped on helmets every time they rode their bikes.

Jennifer’s daughters at her wedding.

Other students’ parents show me how hands-off I am

I thought I was mostly in sync with the other mothers of my generation. But sending a kid off to college has taught me that there’s more of my own mom in me than I previously would have believed. At least once a week, I’ll roll my eyes at some post on the parents’ Class of 2025 Facebook page. The water filters in the dining hall coolers aren’t being changed frequently enough, wrote one mother. Who do I call? Or, My child is a picky eater, so instead of signing her up for a meal plan, I purchased hundreds of dollars’ worth of snacks and frozen meals, another parent posted. Her roommates have eaten everything. What do I do?

Parents ask where to tell their kid to send his laundry. They want to know which cleaning service can best tend to their child’s dorm room. They fret about inaccessible advisors, unavailable professors, MIA RAs.

Are you kidding me? I’d think, more than once, as parents asked how they could problem-solve the most mundane crisis, how they could smooth over every bump from a distance. But whenever the problem-solving parents were challenged, they’d push back. I want my kid to concentrate on his studies, wrote one indignant mama, so yes, I WILL be figuring out how to get his sneakers cleaned!

I learned to navigate the world in college

Here’s the truth: I couldn’t tell you a single thing I learned the first semester of my freshman year. I know I took, and struggled with, Italian, and I’ve got the C+ to prove it. I’m sure there must have been some English and Anthropology 101, but as far as specifics, I didn’t retain much.

What I did learn was how to navigate the world. How to live with other people, how to manage my own schedule. How to read a map and get myself to lectures and appointments on time. How to get along with people who weren’t like me, and, sometimes, with people who didn’t like me. How to ask a professor for extra help. How to manage my money. How to find and read a train schedule, how to buy train tickets; what to do when I lost my ATM card or missed the deadline for applying to class I wanted to take.

Those skills have value. They translate to the real world. And, honestly, I worry that these kids with the snowplow parents, the ones who seem determined to remove every obstacle from their sons’ and daughters’ paths, are never going to get a chance to acquire them.

My daughter was ready for college, whether or not I was

My daughter agrees. “Yes, mom, for once I’m giving you an A+” she said, when I asked her. 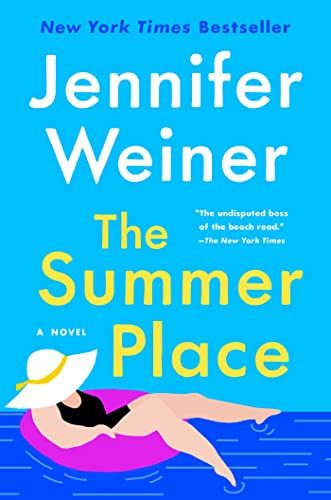 The Summer Place: A Novel

“If I needed help, I knew you were just a phone call away. But figuring out how to be on my own and navigate these things has been a much better experience,” than what she saw the kids with snowplow parents enduring. Lucy described seeing students in the laundry room who’d never washed their own clothes before (“Dude, you’re 18!” she said disdainfully). I could hear how proud of herself she sounded when she talked about writing up a schedule and not missing a single class all year, and when she said, “I knew how to take care of myself.”

If my daughters become mothers, I’m sure they’ll roll their eyes at my antiquated ways. They’ll swap stories about the things I didn’t do or overdid or did wrong. Meanwhile, I’ll probably continue to worry that the other mothers are feeling things more deeply or are taking more care with their offspring than I am.

But I know that, when my daughter enters the adult world, she’ll know how to navigate it; how to handle an obstacle, how to deal with a difficult person, how to find something on a menu she can eat. I can, and do miss her. But I also know that she’s happy, and succeeding, and that she was ready to go. The same way she can, and will, find fault with me, I hope she knows that I did the best I could.

This essay is part of a series highlighting the Good Housekeeping Book Club — you can join the conversation and check out more of our favorite book recommendations.

Jennifer Weiner is the #1 New York Times bestselling author of nineteen books, including That Summer, Big Summer, Mrs. Everything, In Her Shoes, Good in Bed, and a memoir in essays, Hungry Heart. She has appeared on many national television programs, including the Today show and Good Morning America, and her work has been published in the Wall Street Journal and the New York Times, among other newspapers and magazines. Jennifer lives with her family in Philadelphia. Visit her online at JenniferWeiner.com.