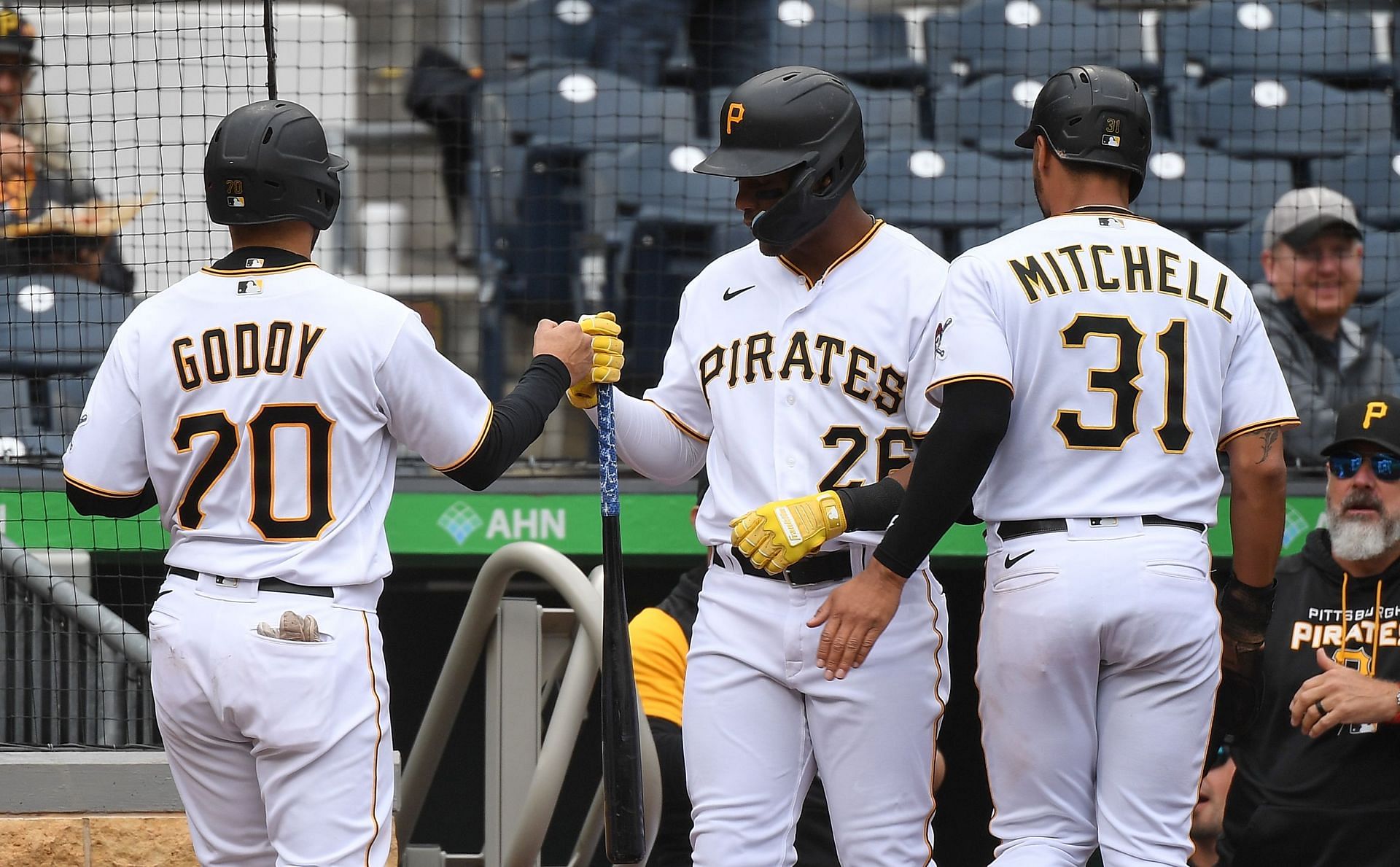 The Pittsburgh Pirates have designated Miguel Andujar for assignment. Andujar came to the Pirates after the New York Yankees DFA’d him late in the season. He only appeared in nine games for the Pirates, hitting .250 over 40 plate appearances.

Pittsburgh DFA’d Andujar to make room for Andrew McCutchen, who the team recently signed. The two sides agreed to a one-year, five-million-dollar contract earlier in the week so the veteran could return to Pittsburgh.

The Pirates have designated Miguel Andújar for assignment.

The Pirates have designated Miguel Andújar for assignment. https://t.co/Rl9AcZSIjq

It’s been a rough stretch for Andujar. In 2018, he finished second to Shohei Ohtani for the Rookie of the Year Award. Since then, he’s battled a variety of injuries.

Baseball fans are surprised to hear that the Pirates DFA’d Andujar. He had so much upside coming into the league. They can see a team taking their chances on him quickly.

“I just can’t believe it,” one fan tweeted.

Andujar has only played over 50 games during a season once in his career, and that was in 2018. His inability to stay in the lineup has been a stain on his career so far.

@MLBONFOX Pretty bad when the Pirates don’t even want you

@MLBONFOX Pretty bad when the Pirates don’t even want you

@MLBONFOX This guy never got a chance

@MLBONFOX What a fall from grace when you go from top Yankees prospect to not being good enough for the Pirates.

@MLBONFOX What a fall from grace when you go from top Yankees prospect to not being good enough for the Pirates.

Fans mentioned how tough the game of baseball is. Miguel Andujar went from being considered a high-ceiling prospect with the New York Yankees to being DFA’d by the Pittsburgh Pirates.

Will Miguel Andujar catch on with another team after being DFA’d by the Pittsburgh Pirates?

The Pirates just didn’t have room for him. After acquiring Ji-Man Choi and Carlos Santana, first base and the DH role became a bit crowded. They also have Ke’Bryan Hayes at third base, who’s becoming an exciting player.

He would have been limited to a bench role after the team signed Andrew McCutchen. It’s better for both sides that the Pirates give him an opportunity to play elsewhere.

Andujar hasn’t been sitting around this offseason. He spent some time this winter playing in the Dominican Winter League with the Toros del Este. In 21 games, he has hit .247/.304/.353 with two home runs and three doubles.

He has the ability to make an impact if a team chooses to sign him, but he’ll have to stay healthy. The Pirates have seven days to find a trade acquisition. If they don’t, they’ll place him on waivers. At that point, any MLB team can claim him.

It’ll be interesting to see if the Pittsburgh Pirates can find a team to trade for Miguel Andujar.