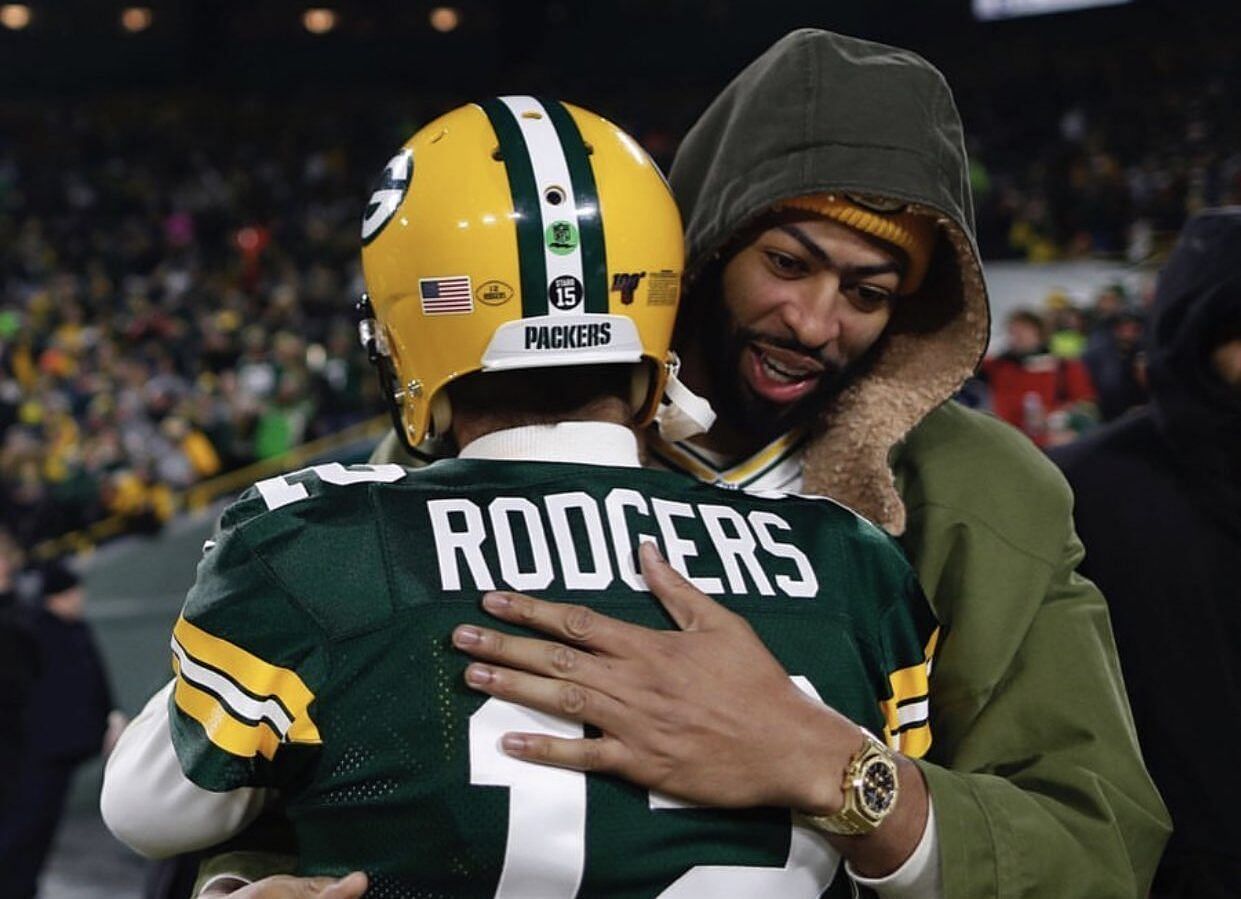 Anthony Davis is back in uniform for the LA Lakers following a 17-game absence due to a knee injury. The All-Star forward was on load management and played only 25 minutes for his team. His impact, even in limited minutes, was evident in the team’s win over the Brooklyn Nets.

The ultra-skilled Laker was answering questions after the game against the Nets on the road when the topic switched to football. Davis, a Chicago native, is a surprisingly huge Green Bay Packers fan.

Here’s what he said after another disappointing loss by the Packers to rivals San Francisco 49ers (via Michael Corvo):

“It’s tough. I cried,” Anthony Davis said about the Packers loss to the 49ers.

“It’s tough. I cried,” Anthony Davis said about the Packers loss to the 49ers.

Anthony Davis’ short, but heartbreaking response echoed the sentiments of millions of Green Bay Packers fans. Just a few days ago, the 49ers visited Lambeau Field to take on the Packers in a Divisional Round matchup. Robbie Gould, who has been perfect in playoff field-goal attempts, nailed the winning kick to dismiss the top-seeded Packers yet again.

The loss dropped Packers quarterback Aaron Rodgers, who’s likely to win his fourth NFL MVP award, to 0-4 against the 49ers in the playoffs. It’s the worst losing record by an NFL quarterback to a single opponent. The Lakers superstar likely saw Rodgers sling it for 225 yards on 20-29 passes. However, that wasn’t enough to break the 49ers’ curse on the Packers quarterback.

Two years ago, Davis opened up on his journey to becoming a Packers fan when everyone thought he was a member of the Chicago Bears faithful. AD was admittedly not a football fan and only chose the Packers simply because he knew several teammates who were fans of the green and gold squad.

In which AD explains how a Chicago kid became a Packers fan (and talks about his trip to Lambeau) https://t.co/xBPu6B8bgF

The excruciating playoff loss by the Packers could lead to more heartache for Anthony Davis if Aaron Rodgers ends up leaving the team that drafted him.

The box score shows that Anthony Davis finished with eight points, two rebounds, two assists, one steal and four blocks. What it doesn’t show was the uptick in energy levels the LA Lakers showed with the eight-time All-Star in the lineup. AD in the slot also allowed LeBron James to create more havoc on both ends of the floor.

The LA Lakers’ struggling defense got a boost with the 28-year-old big man’s return. In addition to swatting four shots, he also anchored the defense and changed a couple more attempts at the rim. Having him in the lineup will ease some of the scoring and defensive load that LeBron James has been shouldering.

Anthony Davis could see action again when the LA Lakers take on Joel Embiid and the Philadelphia 76ers in their next game. There is a day off between games, which should be enough for the Lakers superstar to recover.

No Way Home’ Script Released Online in Its Entirety

“When One Of Your Senses Is Blocked…”

What is immunity debt? What does it mean for cold and flu…