Hypochondriac Director Addison Heimann on Bringing His Story to Life 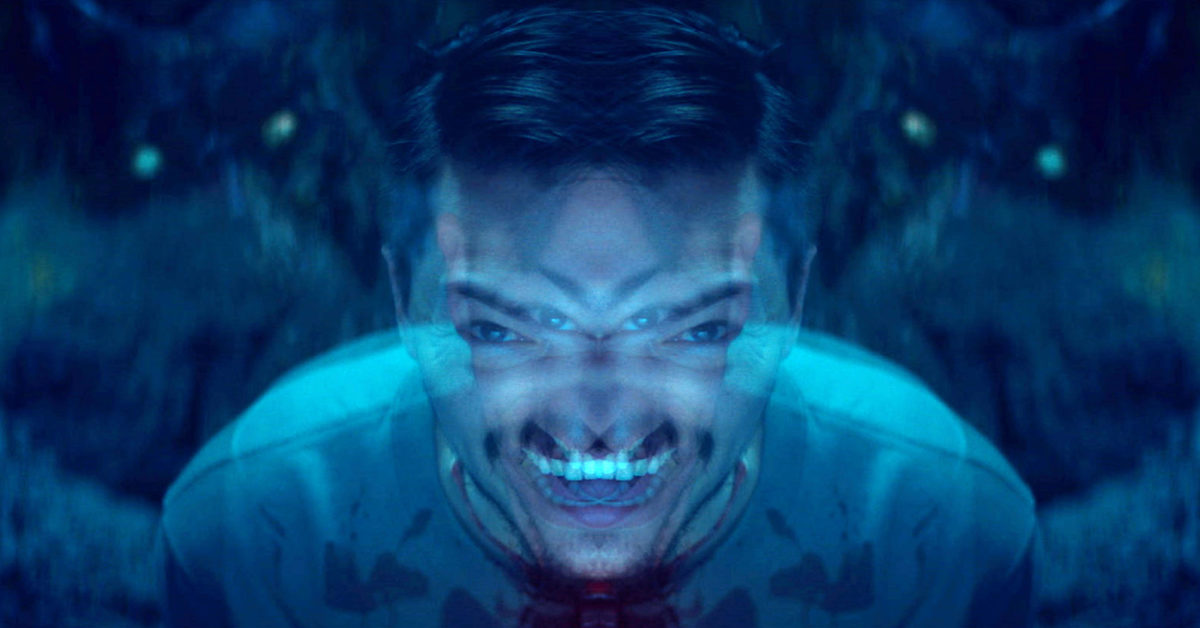 Addison Heimann found a unique coping mechanism for his meltdown: write about it and put it on screen. While he started as an actor, the writer-director found it best to utilize his talent behind the camera. In his theatrical directorial debut, Hypochondriac, he wrote the character of Will, played by Zach Villa (American Horror Story), based on himself. Will is a Hispanic gay potter with a great job and supportive boyfriend, Luke (Devon Graye), but he harbors a dark secret he’s desperate to keep hidden. It resurfaces when his mother returns. Heimann spoke to Bleeding Cool about his experience that inspired the film, casting, challenges as a first-time director, and one difficult moment he had to shoulder through. The following contains details that might become triggering; reader discretion is advised.

Bleeding Cool: What’s the inspiration behind Hypochondriac?
Addison Heimann: The short version is [Hypochondriac] is based on my mental breakdown. After an injury at work, I lost all function of my arms for six months, and “Dr. Google” would tell me I was dying from ALS. My mother left me a bunch of voicemails telling me not to trust my friends and that confluence of events led me to crack. I turned that into an emotional retelling of my mental breakdown. All the gory parts were cut out, but all the weird and hallucinatory images were in.

BC: How do you break down the casting?
Heimann: We started with Zach [Villa] for our lead Will. Production was supposed to start in March 2020, but we had the crazy global pandemic. We cast Zach via tape, and I met with him for a couple of hours. It’s clear he was invested, and I got to be with him for a year. By the time we got on set, we became melded, and his portrayal felt honest. We started adding everybody else like Devon Graye, who played Luke, who fit in like a glove. He and Zach seemed to bond, and then we kept adding. By the time doctors got cast, we had a solid group of actors. I’m grateful to have such great talent to work with me.

BC: What has helped you from your TV experience into this film?
Heimann: The biggest hurdle was getting people to say “Yes” to someone who has never directed a feature before. What made that happen was I had a strong script, at least; that’s what others told me, and it’s great to have positive reinforcement. The beautiful thing about directing is that I’m not the only person in the room making the movie. I have the best experts in every field around me, and we all get to collaborate in this very beautiful way. I got over the hurdle of “I don’t need to do everything” because I have the best team in the world. I didn’t need to worry as much when we got on set. It was a mind meld where I would come at it like, “Oh shit, you got exactly what I meant, what I was trying to say.” That led to a very positive experience, and a pretty rare one at that. I’m very grateful for it.

BC: Since this is based on your breakdown, was there any one particular sequence or sequences that were more difficult to get through than others?
Heimann: The feverish dreams, the more imagined scenes, were the most difficult for me. The hallucinatory physical violence between the mother and the son near the end of the movie, in addition to all the violence like the cutting into the arms, because I had that image in my brain. If I could cut into my arm, then perhaps the pain would go away. We were doing the movie’s climax, which involved the violence between mother and son, I had a panic attack, and I had to leave. I collected myself, came back, and was a little embarrassed. Everybody checked up on me, and I was like, “Yes. Let’s move on to this collective deep breath together.” The fact that they did that for me is why I was able to get through those dark moments of feeling scared, inhibited, and helpless.

BC: Do you find it’s easier to be in control behind the camera, or is it easier to sort of escape into a role in front of the camera?
Heimann: That’s a good question. Behind the camera is more where I fit. I trained as an actor, and I get fulfillment by doing Q&As and such. When I’m behind the scene, I can see the whole picture. Knowing it’s not just me having complete control and I can have everybody there holding my hand is more gratifying to me and getting to control the narrative.