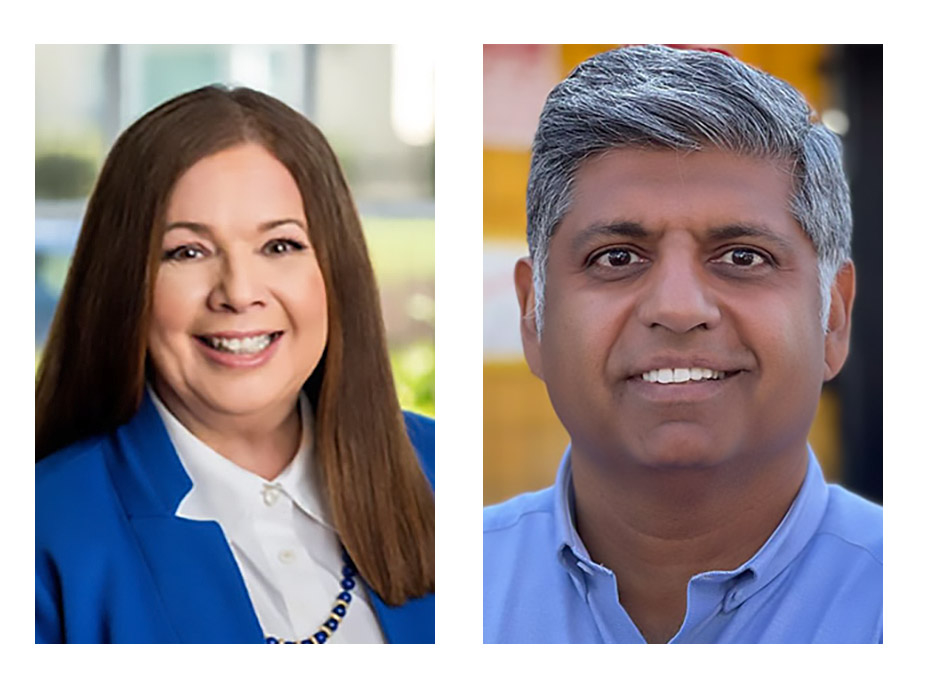 Hydee Feldstein Soto has declared victory in the race for Los Angeles City Attorney on Wednesday, Nov. 16. She has 57% of the Nov. 8 vote, far ahead of her opponent Faisal Gill.

She was ahead of Gill by more than 85,000 votes in Wednesday’s update from the Los Angeles County Registrar-Recorder/County Clerk, holding a 57% to 43% advantage. Feldstein Soto, who practices finance law, will replace termed-out City Attorney Mike Feuer.

“While ballots remain to be tallied, the current vote count and the steady margins give our team the confidence that I will have the great privilege of serving as your next Los Angeles City Attorney,” Feldstein Soto said in a statement.

She acknowledged the “history and the victory,” adding, “My focus is on working quickly to organize the team and an agenda to reflect your vote of confidence.”

Feldstein Soto, elected for a four-year term, could set the pace for the city’s approach to homelessness, affordable housing, public safety and other pressing issues.

She becomes the city government’s internal lawyer and also the city’s criminal prosecutor — but for misdemeanor violations only, such as homelessness issues that unfold on city streets.

Gill had said during the race, “I believe in my vision for the city attorney office and my candidacy, so I’m putting my money where my mouth is. My opponent could have done the same thing, but she chose not to.”

Feldstein Soto had criticized Gill for accepting federal PPE (Paycheck Protection Program) money supplied to struggling businesses during the pandemic, while he was funneling cash into his campaign. She called it “not completely trustworthy.”

Gill explained recently that his law firm “took a small PPP loan of $20,833.32 to cover our office rent during that period and complied with all applicable rules, just like countless other struggling small businesses did during that time.”

Gill had ran unsuccessfully for legislative seats in both Virginia and Vermont, while Feldstein Soto has never run for office.

In one argument she made against Gill, she said his outlook on the limited powers of the city attorney’s office were not always based in reality. “When he says he’s going to prosecute police officers for excess force or city council members for corruption — he can’t do that,” she said, explaining the strict limitations on the Los Angeles City Attorney. “The city attorney can’t sue his own client.”

Feldstein Soto said the city attorney position calls for managing large transactions and commercial contracts and indentures, managing the city’s teams of litigators in the civil and criminal justice worlds, and working with diverse clients who speak with different voices.

“I come to this job with breath and a depth of experience in the legal world,” she said in recent days. “I have managed other lawyers, as a practice group leader and a department group leader at my firm, and have had leadership positions in the profession generally. I am somebody who comes to this office with the ability to do the job on day one.”

“I have lived here for 40 years so I know the city well and I come to this job purely as a matter of public service,” she said. “At my age, this is a capstone to a legal career, not a stepping stone on a political ladder.”

Feldstein Soto was born and raised in San Juan, Puerto Rico, where she spoke Spanish at home with her family and English at school. She moved to the U.S. to attend college at age 17, and then went on to earn her law degree at the Columbia University School of Law.

“The city attorney signs off on every city contract of $5,000 or more,” Feldstein Soto recently said. “We are putting out 20 percent of construction costs and saying to each applicant-developer ‘Go raise the other 80 percent on your own.’ In the current financial environment, that is just not working very well.”