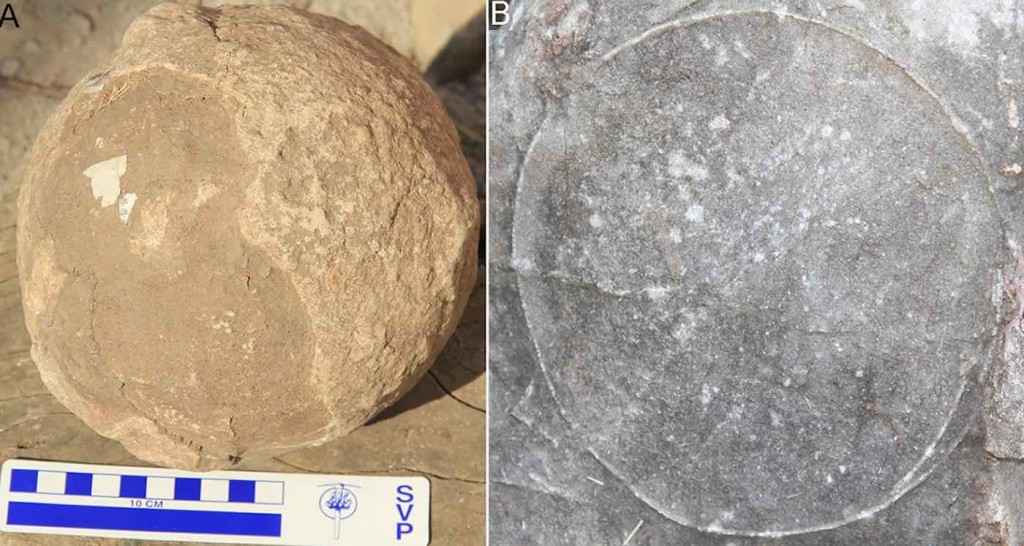 The eggs yielded a trove of insights about sauropod reproductive strategies, and turned up 6 new species of dinosaur in the same dig.

Located in the sedimentary bed of the Lameta Formation in the Dhar district of Madhya Pradesh, central India, paleontologist Harsha Dhiman uncovered 92 dinosaur clutches filled with eggs that averaged around 6.3 inches in diameter. They were made by Titanosauria, a clade containing many long-necked dinosaurs.

Titanosaurs were the largest land animals to ever live—they could reach 100 feet in length, and it appears they were cognizant of their massive bulks because their clutches were all placed in close proximity.

This was among the many deductions made of the legendary find—these massive animals nested like birds, laying their eggs and positioning their clutches together as a colony, and more or less leaving them to fend for themselves.

“Closely spaced nests would not have allowed them to visit the nests to maneuver and incubate the eggs or feed the hatchlings,” paleontologist and the study’s co-writer Guntupalli Prasad told CNN, “as the parents would step on the eggs and trample them.”

Much like birds, the eggs were determined to be laid sequentially. Some of the eggs had defects, such as eggs that were embedded within other eggs, and the authors note that this is the first ever recorded discovery of egg-in-egg pathology in reptiles or dinosaurs.

Around the clutches were also a wealth of fossilized bones, such that 6 new Titanosaurids have been tentatively discovered, adding to the 3 found in past excavations of the Lameta Formation.

The authors propose that some of the clutches were preserved because they had been overcome with water. Based on the characteristics of the sediments and minerals around them, it seems they were perhaps made near to a water source that flooded the nesting site.

Their research on the subject was published in PLOS One.

2023 Ford Bronco Sport Review: Beckoned by nature (and your commute)

Top 10 foods to try in Wales

UK music licensing company PPL paid out over $300m to…