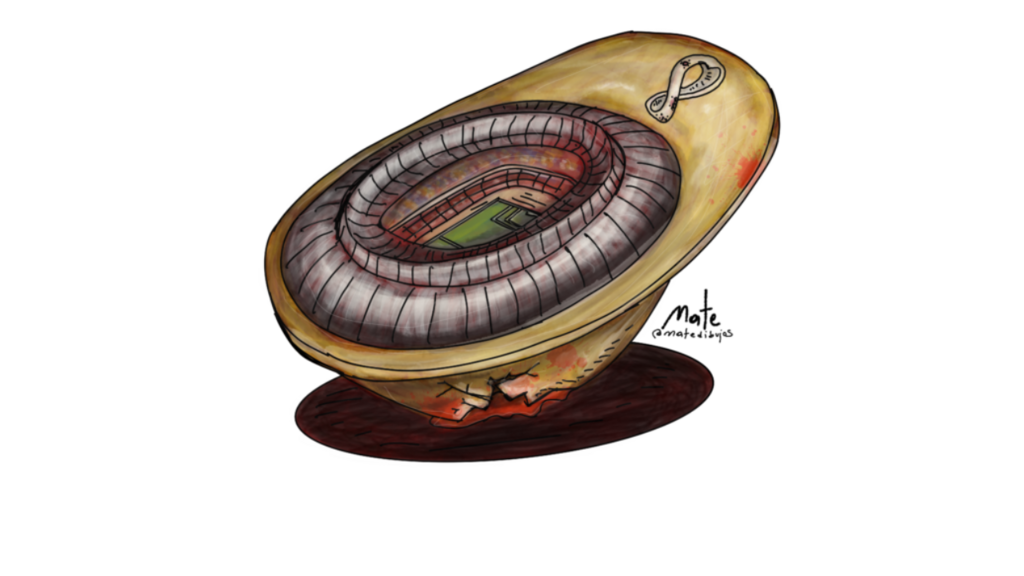 As the FIFA World Cup is set to begin Sunday in Qatar, observers worldwide have criticised the nation’s human rights and environmental record. In particular, international outrage has brewed over poor working conditions on construction sites for the competition as well as the environmental damage caused by new infrastructure.

While the 27th UN climate conference in Sharm El-Sheikh, Egypt goes into overtime this weekend, the FIFA World Cup in Qatar is set to begin amid major environmental and human rights concerns.

The first country in the Arab world to organise a World Cup, Qatar has been mired in controversy in the lead-up to the competition. Foreign migrant workers reported being reduced to slave-like conditions during the construction phase, and thousands died allegedly due to poor working conditions. Suspicions of corruption, as well as discrimination against women and LGBTQ+ people, have further marred the country’s human rights reputation.

The artist, Mate, was born and raised in Argentina, where he studied microbiology and mass media production. Although he has taken various courses and workshops, his training as an illustrator is mostly self-taught. He is a member of the Association of Caricaturists of Argentina.

Since 2017, he has mainly devoted himself to illustration, publishing and collaborating with various magazines, books and websites. In 2020, he published his first e-book, “Un año bajo la tierra,” (A year underground) with the UNIRIO publishing house of the National University of Río Cuarto. He is a member of Cartoon Movement.

Cartooning for Peace is an international network of cartoonists committed to promoting freedom of expression, human rights and mutual respect between people of different cultures and beliefs through the universality of press cartoons.