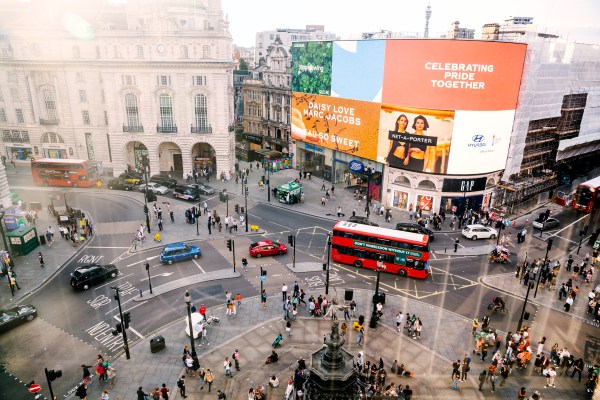 The British government unveiled the roadmap over the weekend, announcing $119 million in funding for AV projects and an additional $41 million for research to support safety and new legislation.

The roadmap stated that new legislation will build on existing laws and state that manufacturers are responsible for the actions of self-driving vehicles, “meaning a human driver would not be liable for incidents related to driving while the vehicle is in control of driving.”

This distinction could set a precedent globally, where liability in the case of autonomous vehicle accidents can still be somewhat of a gray area. When an autonomous Uber test vehicle killed a pedestrian in 2017, the human safety operator in the vehicle was charged with negligent homicide with a dangerous instrument. Uber faced no charges. And after a deadly crash in 2019 involving a Tesla vehicle operating in Autopilot, the driver, not Tesla, was charged with two felony counts of vehicular manslaughter with gross negligence.

As the country prepares to write new laws in regards to AVs, Britain has opened a consultation period on a “safety ambition” for self-driving vehicles to be as safe as a human driver. The results from the consultation would help form the standards for operating autonomous vehicles on public roads, as well as potential sanctions if those standards are not met.

“It is still quite a big leap from assisted driving, where the driver is still in control, to self-driving, where the car takes control. It is important that the government does study how these vehicles would interact with other road users on different roads and changing weather conditions,” AA president, Edmund King, said in a statement. “However the ultimate prize, in terms of saving thousands of lives and improving the mobility of the elderly and the less mobile, is well worth pursuing.”

Aside from drafting legislation to ensure the safety of autonomous technology, the UK wants to take advantage of the emerging market for AVs, which it values at around $50 billion and estimates could create 38,000 new jobs. Of the total investment amount, about $24 million will be used to help kick-start commercial self-driving services, such as autonomous grocery delivery or shuttle pods in airports. Another $7 million will be put towards further market research and to support commercialization.

“We want the UK to be at the forefront of developing and using this fantastic technology, and that is why we are investing millions in vital research into safety and setting the legislation to ensure we gain the full benefits that this technology promises,” said transport secretary Grant Shapps in a statement.

The government said vehicles that can drive themselves on motorways could be available to buy within the next year for drivers with valid driver’s licenses. While Teslas are some of the best-selling vehicles in the UK, current legislation does not allow for British drivers to try out Tesla’s full self-driving beta, its advanced driver assistance system (ADAS) that comes with a variety of automated driving functions. New legislation could open the door not only for ride-hail, delivery and public transportation, but also for cars equipped with higher levels of ADAS.