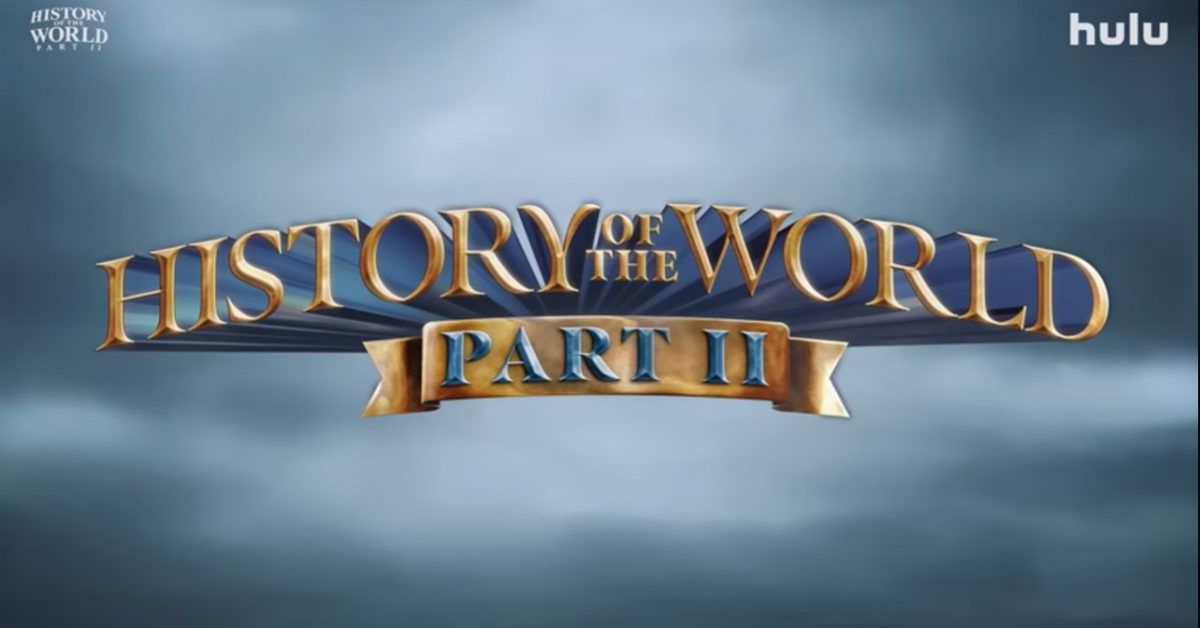 It’s hard to believe it’s been over 40 years since 1981’s original History of the World: Part I, but here we are. What started originally as a joke for the film’s naming convention, writer, director, and star Mel Brooks has found its unlikely sequel in the form of History of the World: Part II, a four-night event on Hulu with an all-new cast with more time periods featured…since the bulk of the original cast has passed. Joining the 96-year-old comedy legend (who also stars) to write is David Stassen, both serve as executive producers with Christie Smith and stars Ike Barinholtz, Nick Kroll, and Wanda Sykes. Brooks introduced the teaser, “Hi, I’m…Mel Brooks,” as he checked his collar, playing up his age. “Yeah, the guy who brought you ‘The Producers,’ ‘Young Frankenstein,’ ‘Spaceballs,’ and ‘Blazing Saddles.’ Now I’m proud to present the long-anticipated follow-up to my film, ‘History of the World: Part I.’ We’re calling it ‘History of the World: Part II. Roll it.’

Who Is Featured in History of the World: Part II?

The original starred Gregory Hines, Dom DeLuise, Madeline Kahn, Harvey Korman, Cloris Leachman, Ron Carey, Pamela Stephenson, Shecky Green, Sid Caesar, and Orson Welles. In the pre-credits ending, Brooks initially teased what Part II would look like including “Hitler on Ice,” which was on brand with his work on The Producers and Blazing Saddles that parodied the infamous Nazi leader, “A Viking Funeral” that sees a group remove their helmets during the ceremony revealing their horns are part of their bodies, and finally, the coup de gras, “Jews in Space” with a space vessel in the shape of the Star of David with those infamous lasers and run by rabbis with an appropriate song. Now, if we don’t at least see that last one, then it would be a waste. History of the World: Part II premieres March 6 on Hulu.