Hulk is Headed 1,000 Years Into the Future in a New Planet Hulk Story 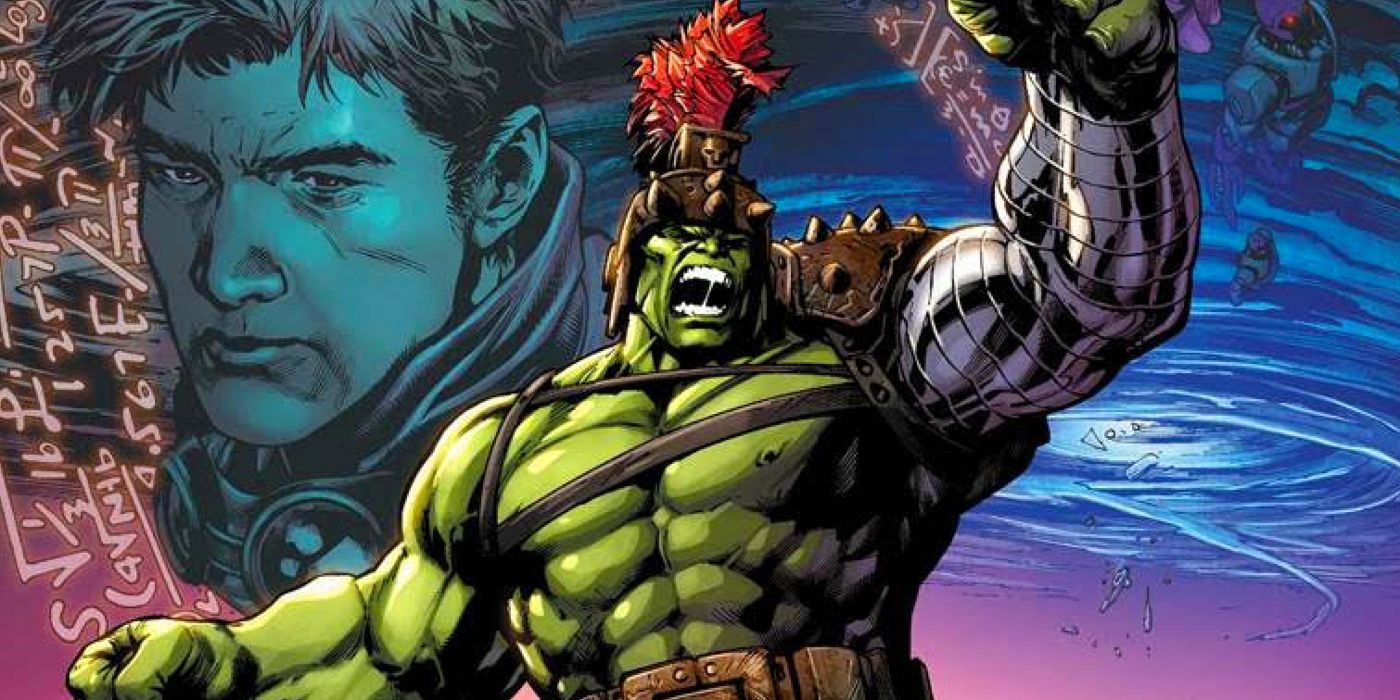 Marvel is sending the Hulk 1,000 years into the future for a new Planet Hulk limited series by writer Greg Pak and artist Manuel Garcia.

Planet Hulk: Worldbreaker is a new five-issue limited series coming from Marvel in November. Written by Pak, the series will feature art by Devil’s Reign‘s Manuel Garcia. Planet Hulk: Worldbreaker is set 1,000 years into the future and follows a woman searching for the Hulk on Sakaar — only, she may not like what she finds. The synopsis reads, “Considered a modern Marvel masterpiece, PLANET HULK told the rousing story of Hulk’s time on the alien planet Sakaar after being exiled from Earth by the Illuminati. The epic story arc had a defining impact on Hulk that’s still felt today and went on to inspire spinoffs and media adaptations. Now, the saga continues…A thousand years from now on the planet Sakaar, a young woman with green skin searches for the legendary Green Scar to help save her brother from a group of apocalyptic cultists. But which Hulk will she find? And after all these years, is he truly the Sakaarson, who will save us all — or the Worldbreaker, who will destroy us?”

RELATED: Wolverine and the Hulk Are Trying to Kill Each Other – Again

What Happened in Planet Hulk?

“Planet Hulk” was a Marvel storyline which began in 2006 by Pak, Carlo Pagulayan and Aaron Lopresti. The event follows the Hulk after he’s sent away from Earth by the Illuminati. Crashing on the planet Sakaar, Hulk is forced to compete in gladiator-like games while some of the planet’s inhabitants claim he’s a hero sent there to save them. Hulk eventually heads a charge against the planet’s leaders and becomes ruler over Sakaar. When the shuttle Hulk arrived in self-destructs and kills his new wife, Hulk returns to Earth for vengeance, which then continues in the “World War Hulk” storyline.

“Working on Planet Hulk remains one of the greatest experiences I’ve ever had in storytelling,” Pak said of Planet Hulk: Worldbreaker. “So it was a huge thrill to get the call from editor Mark Paniccia inviting me to dive back in. What makes this story feel so special is that we’re going back to Sakaar a thousand years in the future. That’s opened up doors to do some spectacular worldbuilding with mindblowing art from Manuel Garcia, Cam Smith, and Chris Sotomayor. And we’re exploring big emotional stories that pay off the huge themes of the Hulk and the Green Scar that I’ve built over many years through all my Hulk stories. In a time of change and crisis, what do we do with the power we have, and how do we handle the terrifying repercussions? A thousand years from now, who knows where those questions will take us?”