How To Watch The Unofficial Entrepreneur Cinematic Universe 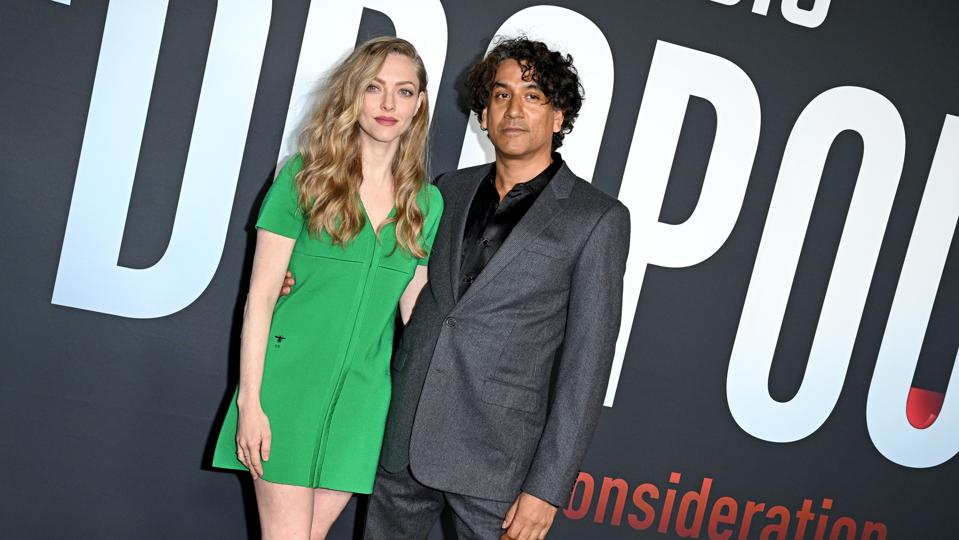 With buzzy pop culture titles such as The Dropout, WeCrashed, The Social Network, and more, Hollywood is very interested these days in the stories of real-world entrepreneurs. Indeed when a handful of these stories saw major adaptations back to back earlier this year, several commented on the trajectory of this nascent sub-genre of entertainment.

But one other fascinating feature of this growing category is the interconnectivity between its otherwise independent projects.

All these films and TV shows, again, cover the real history of big business figures. So, just as these titans of industry inhabit similar circles in the real world, the dramas themselves often nod to the stories of each other.

Of course actors do not overlap and details often don’t mesh given these adaptations’ fictionalized takes on true history. But still, when watching them in a timeline order back to back, they can function as a cohesive cinematic universe much in the style of Marvel Studios’ popular model.

So, for those looking to binge the titles back to back, we may attempt a chronological watch order through this unique timeline. Below is an attempt at creating this unofficial entrepreneur cinematic universe.

We begin our list with Michael Keaton’s biopic documenting Ray Kroc’s journey working with, and ultimately overtaking, the McDonald brothers as he builds one of the most iconic brands in the nation.

What Are Some Ways It Connects?: With this being the first title in the timeline, there isn’t much to reference back to. However, the McDonald’s name soon becomes very relevant in future releases.

What Are Some Ways It Connects?: In one scene, Fassbender’s Jobs reads off a quote from Microsoft’s Bill Gates. We’ve not heard this name in the timeline as of yet, but it is one to keep in mind.

Martin Scorsese takes on Wall Street in this chaotic telling of the true story of Jordan Belfort. The film is set roughly around the same time as Steve Jobs, and sees Leonardo Dicaprio launch headfirst into a world of success, debauchery, and ultimate downfall.

What Are Some Ways It Connects?: Here we see the first of the timeline’s major connections. At one point in the film Belfort, in the middle of an impassioned speech, references the name McDonalds as a place his audience should work if they have issues with how things function in his world. This makes clear that the business Ray Kroc had built was, by now, a successful household name.

We step into the new millennium with The Social Network, another Aaron Sorkin title which makes for a very dramatic retelling of Facebook’s origins. Jesse Eisenberg plays a socially distant Mark Zuckerberg while Andrew Garfield sells home the betrayal as his friend and early collaborator.

What Are Some Ways It Connects?: After the initial launch of The Facebook, Mark and Eduardo go to hear a lecture from a guest speaker on campus. This speaker is none other than Microsoft’s Bill Gates, the very same Gates Fassbender’s Jobs quoted in his film a few years back.

This one isn’t technically a founder story. But the star-studded Adam McKay comedy-drama does, mostly faithfully, bring to life a major economic event that would go on to affect millions. Crucially, this felt impact would include the founders and companies elsewhere in this timeline.

What Are Some Ways It Connects?: The burst of the US Housing market meant major implications for everyone, as is apparent in future entries in this list.

This marks the third Aaron Sorkin title on this list, showing that the writer and director may have a preference in the kind of stories he tells. Molly Bloom’s story takes us into the fascinating world of high-stakes poker, allowing us to follow her pivots around several setbacks and obstacles.

What Are Some Ways It Connects?: At one point, Molly deftly negotiates by noting the housing market crashing (and, interestingly, she has this conversation with a character played by Jeremy Strong, an actor who also appears in The Big Short).

Later in the film, Molly’s father also chides her for having driven a car into a fast food restaurant in her youth. That restaurant was none other than McDonalds.

The Dropout brings us into the most recent round of major fallen entrepreneur adaptations. Amanda Seyfried brings a haunting presence to the infamous Elizabeth Holmes who captured the heart of the world, only to lose it in remarkable time.

What Are Some Ways It Connects?: By this point the titles begin to have many references. Holmes of course idolizes Steve Jobs: she keeps a poster of him in her room, hires from his company, stands in line for Apple’s latest products, and goes to an Apple store to service her device.

At another point, some Walgreens executives discuss a new rising startup called Uber. And this takes us into…

Super Pumped’s first season covers the thrilling tale of how Travis Kalanick put Uber on the map, while dealing with some heavy disagreements along the way. Joseph Gordon-Levitt brings the main man to life while a talented cast including Kyle Chandler and Uma Thurman round out the story.

What Are Some Ways It Connects?: Facebook’s influence is clear as Kalanick is called the next Zuckerberg. Further, Travis ultimately clashes with Steve Jobs’ successor at Apple, Tim Cook.

And the final entry comes with the rise and fall of the shared work space titan, Adam Neumann. Jared Leto plays the troubled founder with an arresting intensity, while Anne Hathaway rounds out the dynamic duo.

What Are Some Ways It Connects?: In a dramatic wake up call for Neumann, the founder turns on the TV to learn that Uber’s founder Kalanick had resigned from the company. The moment spells trouble for Neumann’s own future.

Again, these titles were not intended to occupy space in a shared universe. And due to that they come with very different tones and indeed ultimate takeaways. But with so many recent, interconnected events being dramatized with such quality, it can be very enjoyable to see what new perspectives come from stringing them all together.

And with Hollywood not appearing to slow down on this new sub-genre any time soon, it’ll be fun to see where this list grows from here.

Bono: What Mikhail Gorbachev Taught Me About History