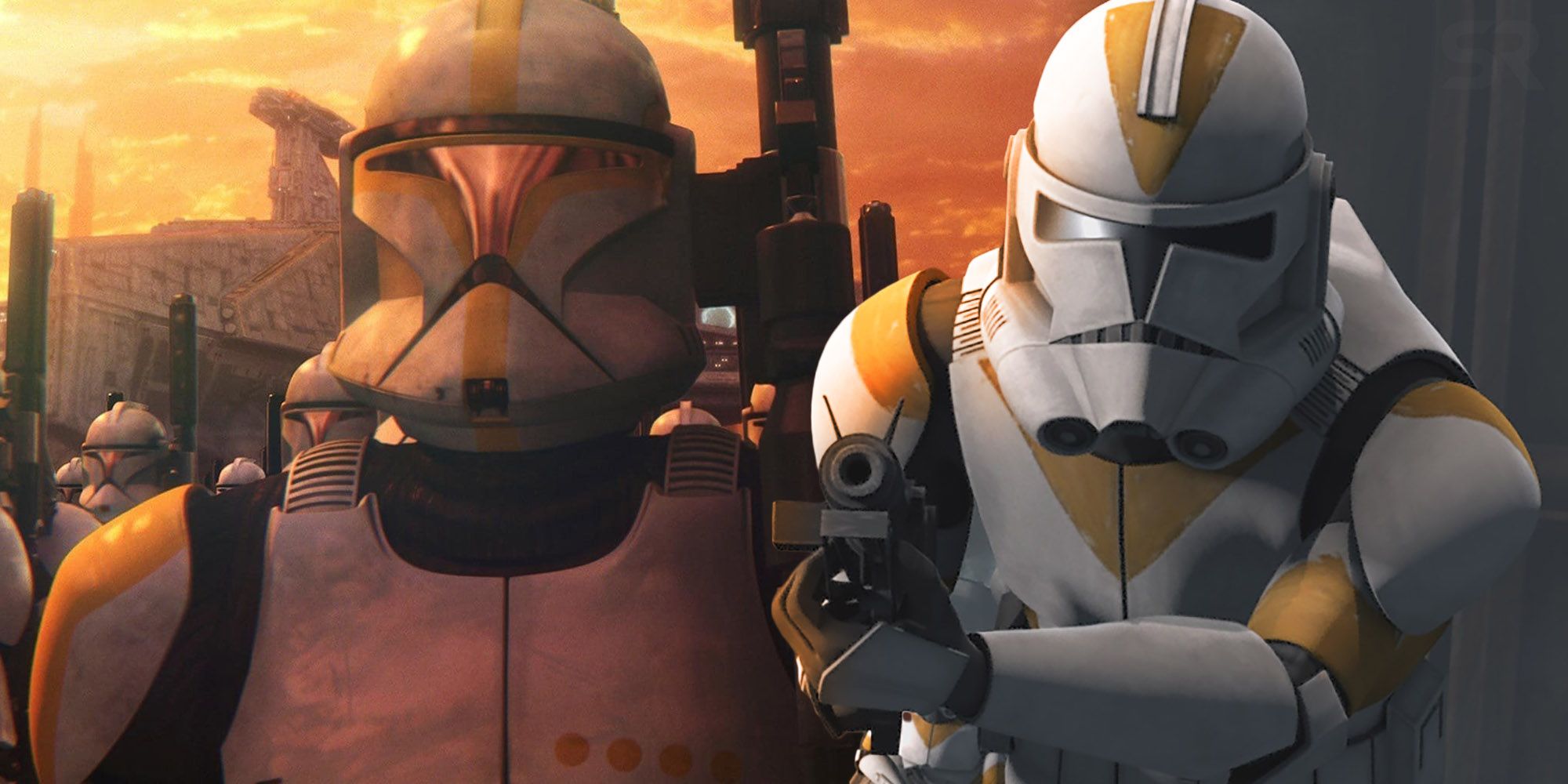 The Clone Troopers were humanized throughout Star Wars: The Clone Wars – which contradicted the image of their successors, the Imperial Stormtroopers.

In their first appearance in Attack of the Clones, the Clone Troopers were initially unsettling. The clones were trained and indoctrinated from birth to be absolutely loyal to the Republic, and they proved to be superlatively effective in combat against the Separatist droid army. In the years leading up to Star Wars: Episode III – Revenge of the Sith, the Legends-era Clone Wars multimedia project gradually humanized the clones, giving them names, distinct personalities, and occasionally personalized suits of armor. The clones went from an army of organic drones to brothers who were tragically created to fight, kill, and die in a war that was ultimately a Sith conspiracy designed to turn a democracy into an authoritarian regime.

The Clone Wars continued the Legends universe’s humanization of the Clone Troopers, often making them protagonists of entire story arcs. Some clones, like Rex, Cody, and Fives became as popular as Jedi heroes like Anakin or Ahsoka. But the more human the clones became, the more they strayed from the precedent set by their Imperial successors. While Clone Troopers may have originally been intended to provide an origin for the gear used by Stormtroopers (and help explain the meaning of the “Clone Wars”), they became sympathetic and tragic characters who, for a brief three years, fought alongside the Jedi as heroes.

Despite being enlisted Imperial citizens, the Stormtroopers lacked the humanity that their clone predecessors exhibited. While Star Wars canon and Legends both told the occasional story that humanized the Imperial soldiers, the Stormtroopers generally adhered to the rule that they’re the ruthless and brutal legions of the tyrannical Galactic Empire. Not only were the Stormtroopers scarily efficient at defeating characters other than protagonists, but they also committed atrocities, such as murdering Luke’s aunt and uncle in their search for the Death Star Plans. In-universe, their armor protected them from most physical and energy-based attacks, but from the viewers’ perspective, it made their deaths feel far less personal.

The Clone Troopers’ true purpose was to be the first instrumental step in the Great Jedi Purge. The Clones were unfortunately the perfect Jedi killers. In addition to being among the best soldiers in the galaxy, they also gained the trust of most Jedi during the Clone Wars, putting them in the ideal position to assassinate their allies when Order 66 was given. As shown in Star Wars: The Clone Wars, the Canon Clone Troopers were compelled to follow the order due to a brain implant that subverted their free will, as no clone would turn on their friends otherwise. The result was unfortunately successful for the Sith, and the perception of Clone Trooper in-universe became nearly identical to their recruited successors.

Next: Every Star Wars Movie, Ranked Worst To Best

David Miller is an author for Screen Rant, indie comic writer, and life-long lover of all things Star Wars, Marvel, and DC. He was born and raised in New York and has a degree in English from Rider University. When not writing, he enjoys reading comics and getting his fix of caffeine. He relates to Peter Parker maybe a little too much.

100 years of the right to vote

HTC has reported revenue growth for the second consecutive month

Inflight 5G calls and data could become a reality in Europe…