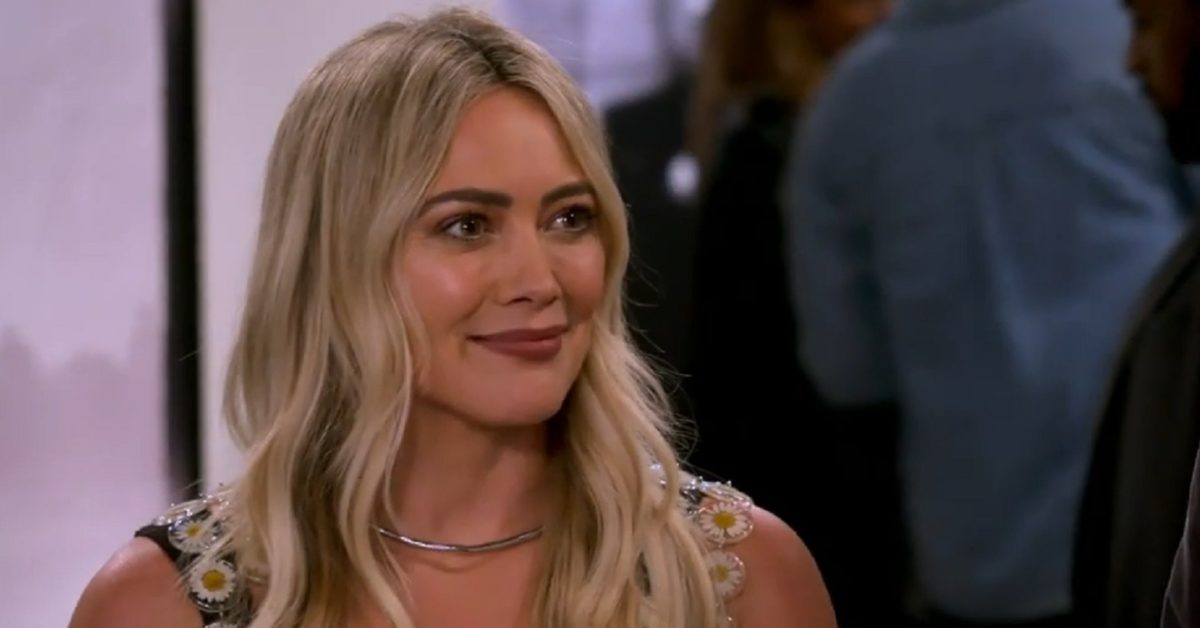 With only a day to go until the second season of Isaac Aptaker and Elizabeth Berger‘s Hilary Duff-starring “How I Met Your Mother” spinoff How I Met Your Father hits Hulu screens, Duff is out promoting the streaming series’ return by sharing a preview of what’s to come with ABC’s Good Morning America. But Duff has a lot more to share than just a preview, teasing that a “special guest” from HIMYM will be showing up when during the show’s second season run. “I think I might lose my job if I told you who… we do have a special guest from the original cast coming this season,” Duff was able to share, but, as you can tell from her comment, that’s all Duff was able to share.

Here’s a look at the moment from Duff’s interview when she dropped a ten-ton hint that will definitely get the attention of HIMYM fans everywhere:

Here’s a look at Duff’s visit to ABC’s Good Morning America from earlier today, with the sneak preview kicking in at around the 2:20 mark in the video below:

Based on what Josh Radnor had to share with Newsweek while promoting the return of Amazon’s Hunters for its second & final season, there might just be a Ted Mosby return on the horizon. It seems like Radnor and Duff have spoken about the possibility already, with Radnor sharing, “I had a really sweet email exchange with Hilary Duff. We kind of went back and forth about being the ‘I’ on ‘How I Met Your dot dot dot.'” And much like Smulders, it’s an opportunity that Radnor’s definitely game for. ” [Hilary] has said publicly she’d love to have me on, so I wouldn’t turn down an invitation,” the actor added.

Yields on Treasury bills drop across the board