How ‘House of the Dragon’ is different from George R.R. Martin’s ‘Fire and Blood’ 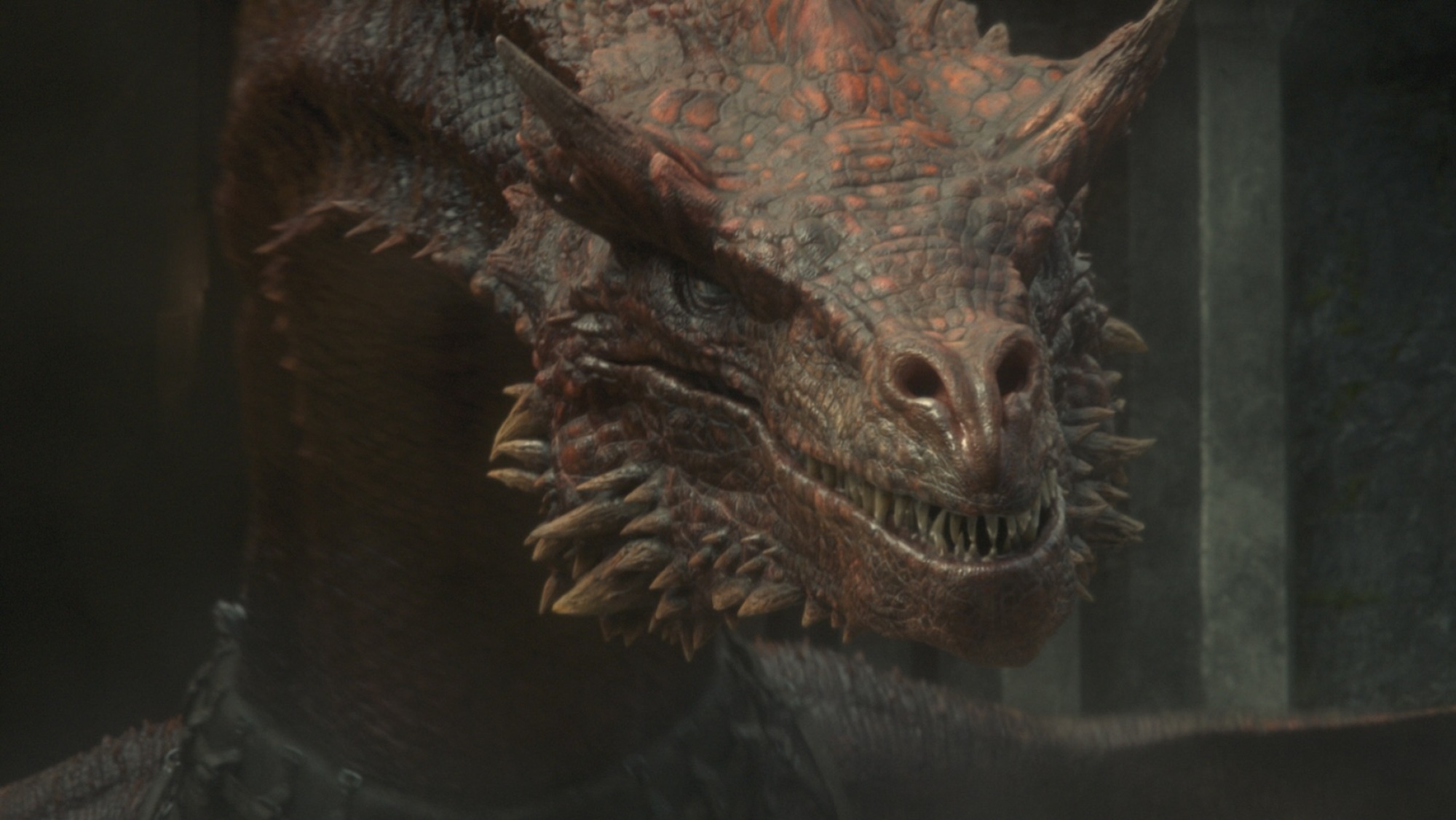 Fire & Blood tells the history of House Targaryen as they ruled over Westeros, including events like Aegon’s initial conquest and the civil war knowns as the Dance of the Dragons. House of the Dragon focuses on the Dance and the events leading up to it, including the rivalry between Princess Rhaenyra Targaryen and Queen Alicent Hightower. However, just like with the TV adaptation of Game of Thrones, House of the Dragon makes several changes from the source material in order to make the transition from page to screen. Don’t worry, book loyalists: Change can be a good thing, and in House of the Dragon‘s case, a grand majority of the adaptation choice work to enhance the narrative instead of detract from it.

From structural differences to missing characters and more, here are the biggest changes House of the Dragon has made so far.

‘House of the Dragon’ review: Worthy ‘Game of Thrones’ successor is an excellent fantasy series in its own right

A history book vs. a TV show

Throughout Fire & Blood, Gyldayn discusses his differing sources for his work, especially during the section dealing with the Dance of the Dragons. These sources include conflicting reports from Maesters and Septons, as well as a court jester named Mushroom. Each source gives us a slightly different take on key moments that take place behind closed doors, Rashomon-style, with Mushroom’s accounts tending to be the most lascivious and extreme. While characters like Mushroom do not figure into House of the Dragon, it will be fascinating to see which course of events House of the Dragon chooses to portray, as it will have to take a definitive stance on some of Fire & Blood‘s more ambiguous moments.

Do you need to watch ‘Game of Thrones’ before ‘House of the Dragon’?

An exciting element that comes with adapting a history book (albeit a fictional one) is the chance to play around within the historical framework. Fire & Blood rarely delves into scene-level detail, which means House of the Dragon gets to add new scenes or embellish events that are already in the book. So while book readers may know the general story arc of House of the Dragon, they won’t be able to anticipate some of the more granular, character-focused scenes. It’s a good way to keep viewers on their toes, and to keep this adaptation somewhat unpredictable.

A tournament and a birth

The first episode of House of the Dragon is built around two key events: the birth of King Viserys and Queen Aemma’s son, and the tournament to celebrate it. Scenes of fighting, like the brawl between Prince Daemon and Ser Criston Cole, are juxtaposed directly with Queen Aemma’s painful labor, hammering home her earlier point to her daughter Rhaenyra that childbirth is a woman’s battlefield. While Aemma’s labor and the tourney introducing Criston do not happen at the same time in the books, the choice to bring them together is a smart one. We get the thematic parallels mentioned previously, as well as a good, old-fashioned Game of Thrones-style tournament. The lavish celebration also signals just how important a male heir is to the realm: If Aemma has a son, peace will likely continue. If not, questions about the line of succession will fester.

Aemma’s death during childbirth isn’t detailed in great amounts in Fire & Blood. However, Viserys’s dilemma about whether to kill Aemma in order to make sure his son is born actually happens to other characters in the book. Much earlier in the Targaryen dynasty, Queen Alyssa Velaryon, mother to King Jaehaerys, experiences a similarly painful birth. The maester tending to her tells her husband, Lord Rogar Baratheon, that there’s still a chance they can keep the child, but Alyssa is sure to die; Rogar chooses to save the child. The fact that House of the Dragon is drawing from events like this throughout Fire & Blood to enrich its narrative is fascinating, and proof of the flexibility the show has given its source material’s historiographical nature. 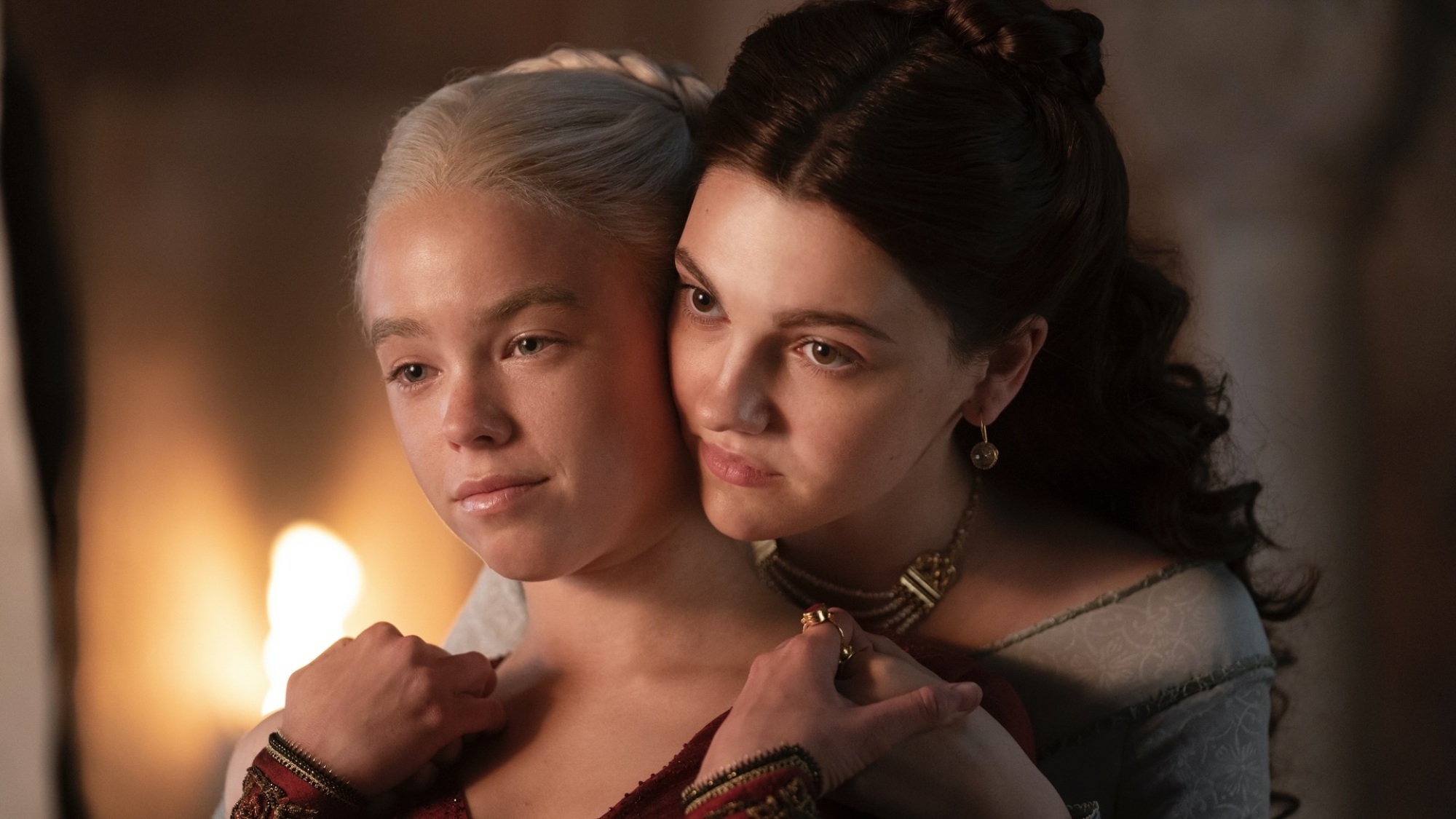 House of the Dragon makes the excellent decision to center Rhaenyra and Alicent’s friendship right from the start. The rift between them is what brings about the Dance of the Dragons, so it makes sense that House of the Dragon begins developing their relationship in the very first episode.

In Fire & Blood, Rhaenyra and Alicent aren’t particularly close before Alicent marries King Viserys, but in House of the Dragon, they are fast friends. Their in-show childhood bond promises to make their fallout even more heartbreaking, which is sure to give later episodes even greater emotional weight.

A song of ice and what now?

During the first episode’s final moments, King Viserys drops a truth bomb on Rhaenyra. Their ancestor, Aegon the Conqueror, conquered Westeros not just because of ambition, but because he had a dream. That dream foretold the end of mankind, brought on by a terrible winter — White Walkers, anyone?

There’s nothing in Fire & Blood that suggests Aegon had this dream, but given that the book rarely delves into its characters’ thoughts, there’s nothing saying that Aegon didn’t have this dream either. Perhaps this was Martin’s intent all along. However, I’m not a fan of this particular storytelling tweak. It’s way too neat a connection to Game of Thrones, and after the adverse fan reactions to Season 8, House of the Dragon needs as much of a fresh start as it can get. Plus, the reveal of Aegon’s dream — which he called A Song of Ice and Fire, eliciting a massive eye roll from me — shifts focus away from the politics of House of the Dragons in favor of reminding us of a Big Bad we already know is coming. Heck, we already know that the Night King fails to conquer Westeros, so why bother tying it back to Aegon? In a series that has so far made many smart adaptation decisions, this is the only one I outright disagree with. We don’t need “winter is coming,” round two — House of the Dragon already has plenty of great characters and plot points to choose from.

We’ll be updating this article weekly with more changes between Fire & Blood and House of the Dragon, so be sure to check back in after each episode airs!

4 Ways to Revolutionize Your Customer Experience in The…