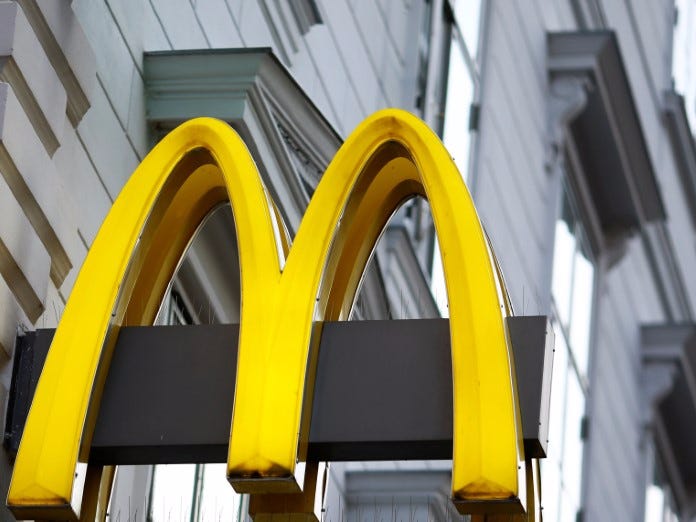 Fast food has been deeply intertwined with Southern California since its inception.

McDonald’s, Taco Bell, In-N-Out, Del Taco, Jack in the Box, and many other chains all have their roots in the area.

Taco Bell, Chipotle, and others are still headquartered there.

Wian had some experience with serving customers in their cars from his time at Kirby’s Pig Stand, which had carhops, in Texas.

Bob’s Big Boy had drive-ins for customers in cars, a precursors to drive-thrus.

In 1940, the McDonald’s brother first opened McDonald’s Bar-B-Q drive-in in San Bernardino in 1940.

That same year, McDonald’s became up a walk-up burger restaurant.

Del Taco and Taco Bell, still competitors today, opened within a year of each other in 1960 and 1961.

The two restaurants broke from the hamburgers and french fries mold of fast food at the time to sell burritos and tacos.

At the same time, these restaurants were growing and expanding, the US was building its massive highway system.

American life was redesigned around car culture, and Americans wanted convenient food stops that fit into that life, according to author and journalist Adam Chandler.

Southern California in particular grew based on cars, which enabled suburban housing tracts, malls, and fast-food restaurants to emerge.

Southern California boomed with money as a national leader in aircraft and automobile production and other defense spending.

A car-centered culture, spending money for leisure, and a growing demand for fast and efficient food made a perfect storm for fast food to start, poising the industry to grow through the rest of the world.

Do you have a story to share about a retail or restaurant chain? Email this reporter at [email protected]

Southern California was primed to develop drive-thrus, which make up about 75% of fast food industry sales today.

An Interminable $150 Million Fantasy Brings Style Over Substance to Streaming