How Comedian Mo Amer Balances The Funny and Tragic At Once 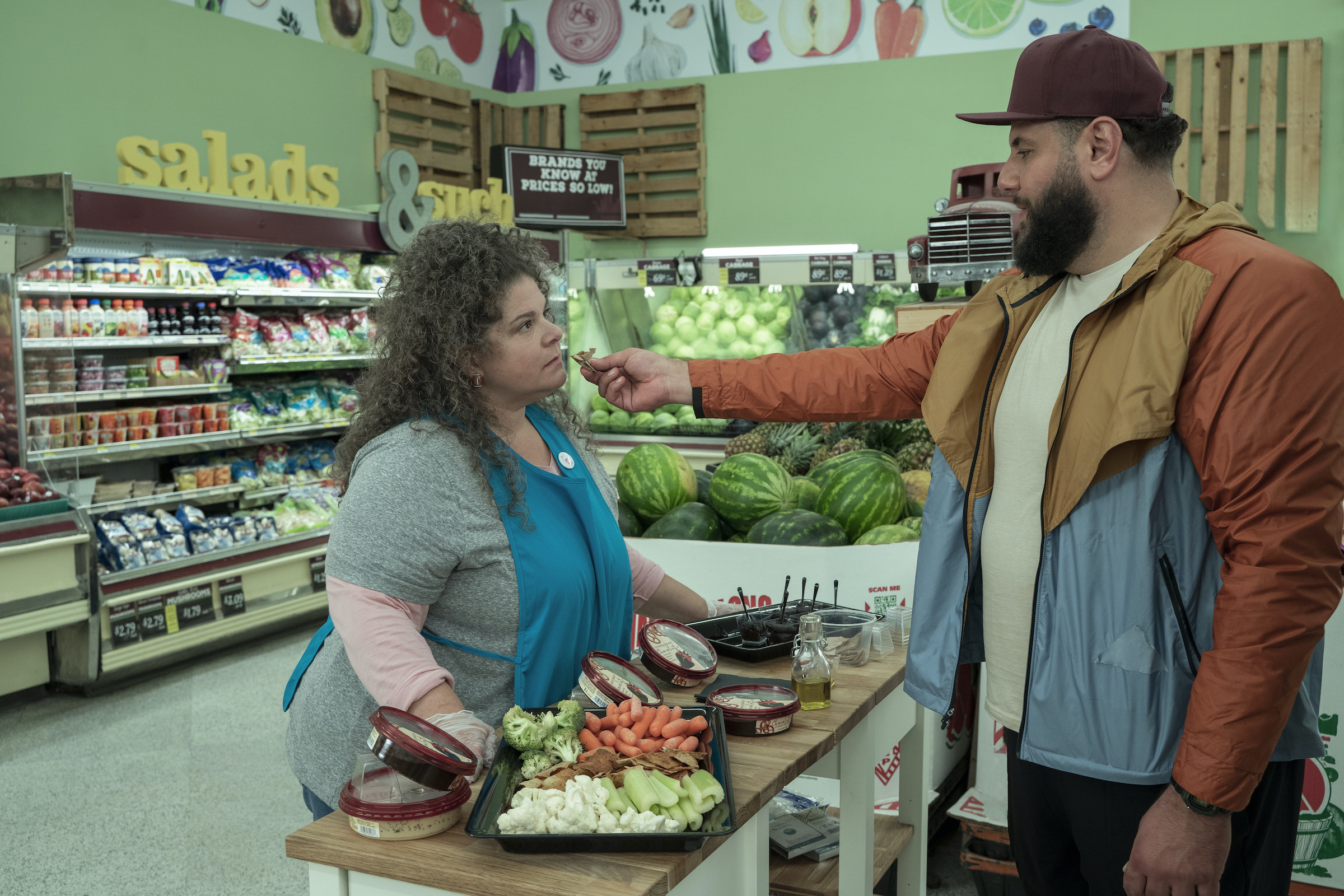 In the first episode of the Netflix series Mo, a routine grocery store run in Houston results in Palestinian refugee Mo Najjar (Mo Amer) getting caught in the middle of a shooting—but not before he takes a moment to defend something near and dear to his heart.

“Hello, sir,” greets a grocery store worker giving out samples. “Would you like to try some chocolate hummus?”

“The f-ck you just say to me?” Mo asks, incredulous. “Did you say chocolate hummus? “Do you know what you just did? You just insulted my grandmother. Yeah. ‘F-ck your lineage. To hell with your culture.’”

“Lo siento,” says the worker, completely serious. “I did not know that hummus was Mexican.”

For a comedy filled with such side-splitting scenes, Mo is chock-full of drama—and for that matter, trauma: Mo the character navigates the shooting, a subsequent addiction to lean (a codeine-based drink), and the struggles of navigating the U.S. immigration system as an asylum seeker. The show, billed as a semi-autobiographical dramedy, follows Mo’s trials and tribulations in Alief, the Houston suburb where his family, originally from Palestine, has settled down after initially living in Kuwait. Mo blurs the line between fiction and reality, with much of its plot sourced directly from Amer’s life. Born in Kuwait to Palestinian parents, Amer and his family fled and moved to the U.S. during the first Gulf War.

“Although it’s a comedy, you’ve got to lean into the tragedy,” Amer tells TIME. “You’ve got to let it breathe and can’t shy away from it. Because it is a tragic story.”

The stand-up comedian and actor, 41, navigates his life this way. When Amer is sad, he makes sure to sit in that emotion, and to feel it fully. When a situation is funny, he makes it hilarious, giving each emotion its due.

Amer—who co-wrote, created, and starred in Mo—previously filmed two comedy specials for Netflix: 2018’s Mo Amer: The Vagabond and Mo Amer: Mohammed in Texas in 2021. Both specials brim with an almost palpable anxiety, an issue Amer didn’t realize he dealt with until the pandemic hit in 2020. Mo unfurls in this space, the gray area of anxiety where things can be so funny—and so tragic at once.

“I feel so at home and in the pocket when I’m creating something and channeling that energy,” Amer said. “And making comedy out of it is such a relief. It’s a natural relief.”

Many scenes in Mo deal with the challenges of making it forward as an immigrant and the ever-shifting concept of home. The third episode of Mo opens on a flashback: a lush hillside in Burin, Palestine, zooming in on a white brick house with red awnings—it is, in fact, Amer’s grandparents’ house. Later in the episode, a lawyer lets slip to Mo that his family’s asylum claim to live in the U.S. is based on the fact that his father was tortured, which deeply shakes him. The scene is based on real experiences—something Amer hasn’t shared openly until now.

In a flashback, Mo’s family lines up in front of a bus to leave Kuwait.

While filming the scene, Amer realized that he had never cried about the realization in his real life, or processed the pain his father went through. It felt beyond weird, he said, to show a genuine breakdown on camera for the world to experience alongside him—but it also proved the healing power of art.

“There’s a lot of real things in the show you can’t write,” he said. “You could sit for 10 years, 20 years, and you won’t think of something as good as that. It’s just not going to happen. So when it’s there for you and it’s so good already, you just use it.”

Other instances, though—like Mo’s addiction to lean—are pure fiction. But to Amer, it never really felt like toggling between acting or not. Rather, his approach revolved around feeling “in touch.”

“I have a sensitive antenna,” he says. “I can feel another person’s energy really quickly. So that lends itself really well for me in acting in the show—or anything I do in front of the camera.”

In the video interview, he wore a silver necklace he designed that says “Mo” in Arabic. It’s also shaped to look like a key, a symbol of deep importance to Palestinians that represents the right to return to their homes. Amer hopes Mo humanizes his land and its people. The character of his mother (played by Farah Bsieso) simultaneously pines for home and puts down roots, eventually starting her own olive oil business with Mo’s brother (played as lovably socially awkward by Omar Elba.) Mo’s sister (Cherien Dabis), on the other hand, has assimilated to the point of estrangement from her family, marrying a Canadian and raising a son between cultures.

“The bulk of it is about belonging: feeling seen as equal to the human that’s next to you,” Amer said. “And I think that for so many years, Palestinians—if not Arabs and Muslims—have been so faceless in entertainment.”

Amer references the documentary Reel Bad Arabs—an extension of a book of the same name by Jack Shaheen—which details the history of how Hollywood has vilified Arabs throughout the ages. For him, Mo is a chance to turn the tide of representation through the lens of one authentic, dysfunctional, beautiful Palestinian family.

“It’s like that little restaurant that’s so good that not too many people know about,” says Naim. “Friends got to tell you about it. It’s amazing, it’s not like the commercial spots. This is one of those special spots.”