How Christopher Nolan Helped Bring Donnie Darko to the World 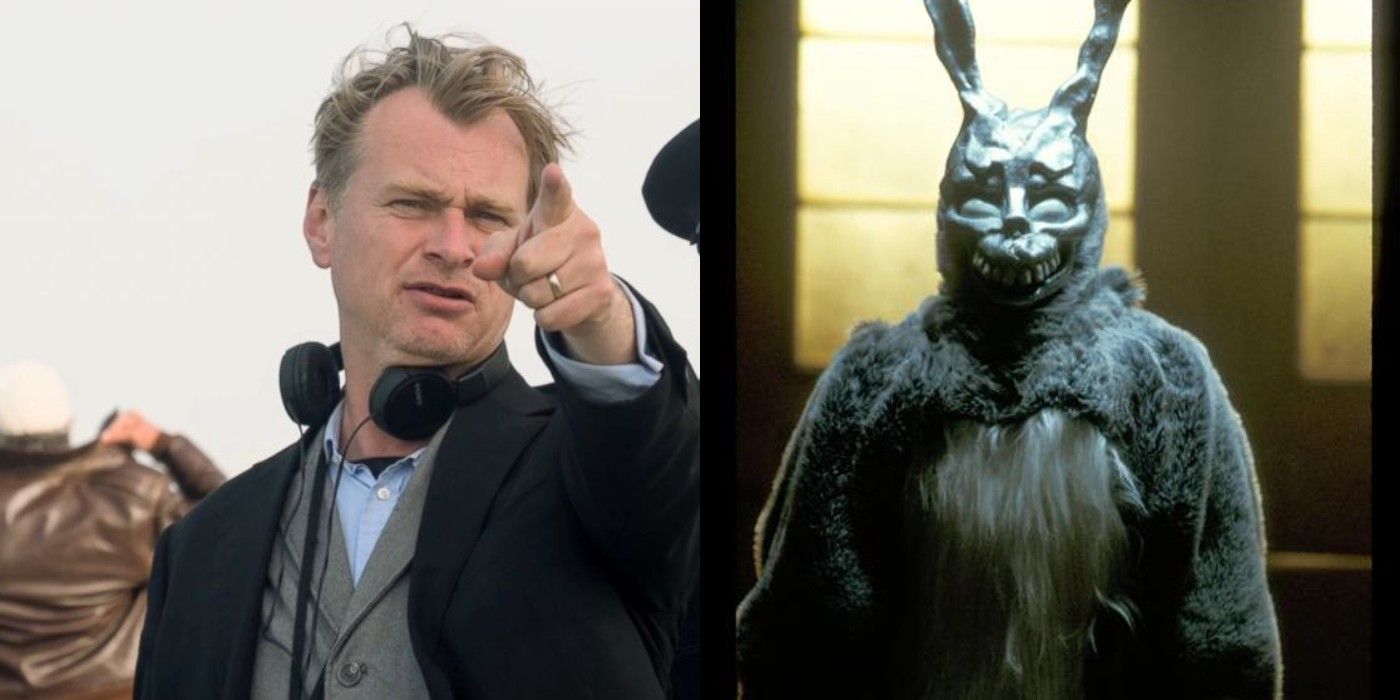 This week marks the 20th anniversary of the world premiere of Donnie Darko, which is one of my all-time favorite films, and one of the greatest superhero movies ever made. Yes, you read that right.

Richard Kelly‘s metaphysical masterpiece starring Jake Gyllenhaal in a stupid man suit premiered on Jan. 19, 2001 at the Sundance Film Festival, where it was promptly overshadowed by future Oscar nominees like Memento and In the Bedroom, as well as the cult classic Hedwig and the Angry Inch. While Donnie Darko did drum up some good buzz in Park City, it still hadn’t found distribution four months after the festival. Uh oh!

Nolan’s Memento had premiered the previous fall at the Venice Film Festival before continuing along the festival circuit and playing Sundance. The director’s future wife and producing partner, Emma Thomas, had loved his script so much that she passed it on to her friend, Aaron Ryder, who was an executive at Newmarket Films. That company optioned the script and budgeted Memento at $4.5 million. After no distributors showed interest, Newmarket decided to distribute the film itself, and when Memento finally hit theaters in March 2001, it quickly became a word-of-mouth indie hit, grossing roughly $25 million at the domestic box office. With that, Nolan had the respect of Newmarket execs.

While Memento was turning heads in Hollywood, Donnie Darko was gathering dust on a shelf. Distributors didn’t know what to make of the movie, which defied easy explanation. Though the film boasted a great soundtrack, the music had yet to be paid for, and people were insisting that Kelly “cut 30 minutes out of the movie.” In a new oral history of Donnie Darko courtesy of The Ringer, the first-time director admits “it was looking really grim.”

That’s when Ryder got a call suggesting that Newmarket take a closer look at the movie. He screened Donnie Darko for his bosses and decided to invite Nolan and Thomas, who were riding high off the success of Memento, and whose opinion carried weight with the company’s leadership team.

“When the lights came up, Chris and his wife both turned to the Newmarket executives, Chris Ball and Will Tyrer, and they both looked over at them and they nodded. They were like, ‘You guys should distribute this,'” recalled Kelly.

Newmarket decided to take the plunge based on Nolan’s enthusiasm, but the company initially planned to release Donnie Darko straight to home video, which was still a big deal at the time. Eventually, with a little prodding from producer-star Drew Barrymore, Newmarket committed to release the film in theaters in the days leading up to Halloween, which is when Darko actually takes place.

Of course, the fall of 2001 brought the tragedy of 9/11, which spelled doom for a movie that featured a jet plane engine falling out of the sky in its trailer. Donnie Darko went on to flop at the box office before ultimately becoming a cult classic thanks to home video. But we may not have seen the movie at all if it weren’t for Christopher Nolan, who recognized something special in it.

The Ringer’s oral history represents a welcome stroll down memory lane, and Kelly even credited Nolan and Thomas with the idea to put a parenthetical beneath the title cards announcing each date in the film. Meanwhile, it was Ryder’s idea to add James Duval‘s Frank to the “Mad World” sequence that closes Donnie Darko. Speaking of which, Kelly initially planned to use U2’s “MLK” over that final montage, but it proved to be too expensive, leading the production to use Gary Jules and Mike Andrews‘ haunting cover of the Tears for Fears song “Mad World.” I’d say it worked out in the end!

There are many more interesting nuggets to be gleaned from The Ringer’s oral history, so if you’re a Donnie Darko fan like me then head over there, and be sure to check out Gregory Lawrence‘s recent interview with Kelly in support of the director’s infamous follow-up Southland Tales.