How Blue Sun Rising Took Serenity for One Last Ride 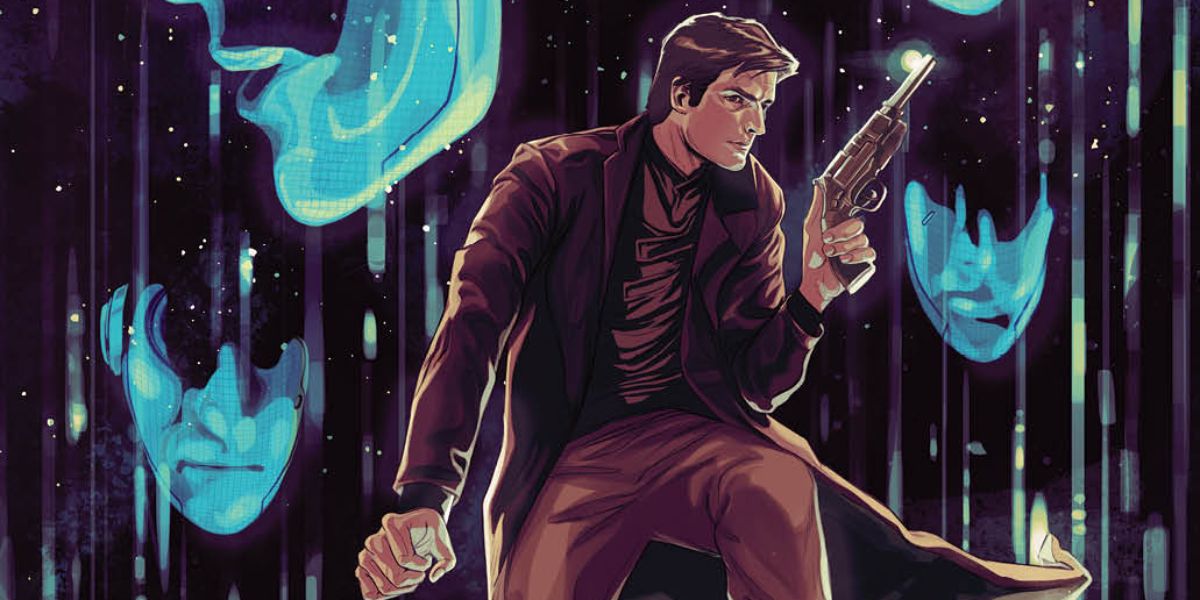 Even though Firefly was canceled, it lived on in the comics and Blue Sun Rising took the Serenity on possibly its biggest mission.

Joss Whedon’s Firefly is one of the most beloved television series of all time. Even though it only lasted one season and a movie, the Serenity and her crew have lived on in the comics, continuing their adventures. With a new generation of swashbucklers coming soon, it only feels appropriate to take a look at just where Blue Sun Rising brought the Serenity, and where it left those aboard when the dust had settled.

In a surprising turn, Malcolm Reynolds, the longtime captain of the Serenity, traded in his role as a pirate for the badge of Sheriff. Mal spent his time patrolling and policing the entirety of the Georgia space sector with his partner Boss Moon, and has done a whole lot of good. Aside from bringing peace and fresh water to the most destitute of settlements, he has also given the people of Georgia hope that things will continue to get better. Of course, the world of corporate politics comes calling in the form of the Blue Sun Corporation.

RELATED: Buffy the Vampire Slayer Reveals a MAJOR Change to a Classic Character

Mal is teamed up with a new, fully automated partner for a short time. Tensions are high, and trust is low, but he begrudgingly works alongside the robotic deputy and shows him the ropes, stopping the killbot from gunning down a petty thief and emphasizing the concept of the human conscience. Mal decides to offer up some real criminals for the latest generation in law enforcement to go up against, sending them into battle with some of his closest allies, knowing all too well that the cybernetic police force doesn’t stand a chance. As Mal watches the robots go down in flames, so do the menacing figures behind Blue Sun.

It isn’t long before Blue Sun rolls out their latest tech, an army of new and improved automated police who are all modeled after none other than Mal, sharing not only his visage, but seemingly his personality as well. The new droids seem to be decent as far as reinforcements go, keeping the peace and keeping it fair just like Mal would do, at least until they don’t. The first real casualty of the Mal-ware’s cruelty is Ma Reynolds, Mal’s own mother. Her farm is deemed to be on Blue Sun property, and she is ordered to leave by one of the robots, horrified that it looks just like her son. Ma fights back, but the bot strikes her down before burning her fields to ash.

Mal does what he can to calm her, explaining that he only took his position so that no one else would be the one looking for her, considering her fugitive status. She demands that he stay behind, but the rest of the crew vouch for him in a way that even his own mother can’t quite comprehend. Together again with his closest compatriots, Mal and the team lead a daring assault against Blue Sun Corporation and its automated army. Mal goes to warn Blue Sun of the crew’s plan to find and activate what is effectively a mass kill switch. Though Mal is imprisoned by Blue Sun, he is able to make his way to freedom and reunite with his team, who are following Blue Sun’s own ships as they attempt to fortify the location of the device.

Blue Sun is able to stop the Serenity mid-flight, sending the ship into a freefall back to the ground below. Boss Moon donates one of her own parts from her cybernetic frame in a last-ditch effort to get the Serenity back online. During their escape, they see two Blue Sun ships that had been destroyed in the hopes that Mal and his crew were aboard them, leaving the former captain no choice but to go after the director of the corporation. He isn’t able to take her out on his own, but by informing the Blue Sun director from the nearest sector of what has been happening, Mal puts an end to him.

With the peace restored, the crew of the Serenity and her allies can finally take a moment to figure out just what it is that they want next in life. For most of them, that thing is to settle down on the ground, somewhere away from the constant fighting and dying that their lives have been for so long. For others, including Mal, their journey continues, even if that means leaving people they love behind. There isn’t much better an end to an event that crossed the galaxy and back, and certainly no better beginning for whatever is next.

Marvel’s Champions Get a New Creative Team in April